Six Stories in One Town 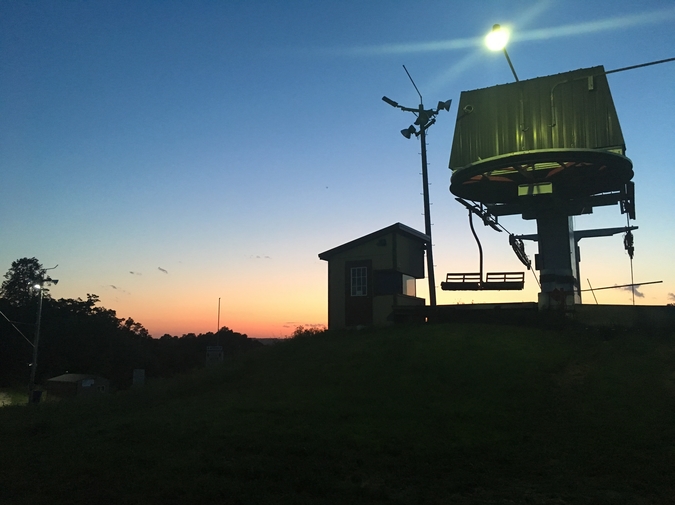 In the mornings, we watch the wagons come in a procession, rolling down the streets in one thin line. Each of them carries a child and is pulled by a woman. Their wheels creak against the cement, a sigh of somberness. We don’t drive at this hour; we let them pass. Some of us wave at the women and children, but they always remain silent, their expressions unreadable. Most of us sit on the curbs, letting the procession have its moment. It walks on and into the countryside, where it disappears into the distance. Even after the women are gone, we know they are unwavering as they enter remoteness. We don’t know where they go. We don’t want to find out.

The first thing that is reported on the news is how many days there are in this month. Sometimes, it’s thirty-one. Sometimes, it’s only thirty. At the local university, a group of professors has been assigned to figuring out the unsolved problem of days: why everything must be uneven, why years cannot operate like clockwork as they should. The department chair is standing on the balcony of his home, holding his coffee mug to the wind. As the liquid splatters onto his shirt, he falls back. The chaos of the air, the cries of the world—he feels them all.

A list of items we try to remember: scheduled grocery trips, houses without garages, the occasional bluebird that soars across the sky. A list of people we love: teachers that smile when writing in chalk, newly elected mayors, the strangers we see at town hall meetings. A list of important days: our neighbors’ birthdays, baseball games we know we won’t win, when a girl finally cries after enduring melancholy her whole life. A list of lists we keep track of: books that tell truths, the tenants in every apartment, dictionaries for emotions.

In the forest just outside of town, a branch is cut from its tree by a sawmill’s chainsaw. It lands on the ground below, surrounded by the hum of machinery. It listens to the gears grinding and the wires crackling against each other. Down here, the branch can finally see the other branches above, all its countless brothers and sisters reaching towards the sunlight. Their voices, like chimes, echo off of each other. The forest is a wooden cacophony. Away from home, the world is alive. The branch is thinking to itself: Where have I been all my life?

A man and another man stand next to each other at the park, not speaking to each other. They’ve been in the same spot for hours, neither saying a word. We keep guessing what’s going on between them. In the morning, one of us suggests that the two of them are former lovers who are now split on hostile terms. At noon, another one of us says that they are two coworkers exhausted from work and are now standing together in solidarity. By the afternoon, the consensus is that they are simply two strangers who happen to like the same place at the park. Whatever the case, they leave each other in the evening. No salutations or goodbyes as they walk away in opposite directions. Even though they live in the town, we want to say farewell to them. There is something about a goodbye that we cherish. Something full and ringing with resolve.

When the occasion calls for it, we lock ourselves in our bathrooms with the lights off and stand in front of our mirrors. In the dark, we breathe one, two, three and feel air filling our lungs like mystery. We think about ourselves, the times we have looked through our windows to face our larger world, the times we have sang lullabies as a way of releasing memories from our throats, the times of everything that we can remember. Sometime into the night, we release it all from our bodies. The glass whispers in our ears. When the lights turn on, we hope that we can see into ourselves and finally understand.

Jieyan Wang is a writer and rising first-year college student at Harvard University. Her work has appeared in CutBank, The Bitter Oleander, Gone Lawn, and elsewhere. She is also a reader for The Adroit Journal.