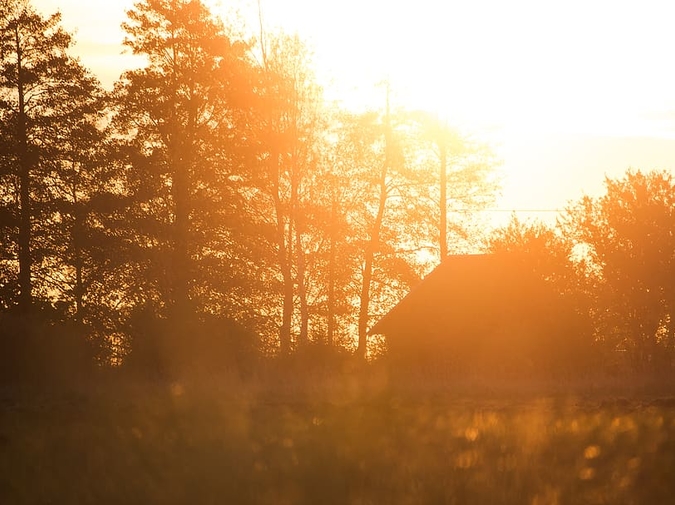 Arranged in front of Papa were a cup of coffee, his glass eye, and a shot of whiskey.  One by one, they would patch him up before he left for work.  The sun hadn’t yet chinned the horizon, and we sat in the soft halo of sixty-watt light in the kitchen, him sitting between the stove and the counter, me across from him shoveling my favorite sugary cereal into my mouth.

“I was your age when I went to war, chlapec.”

He nodded as he reached for the whiskey.  His hand paused above it, then closed into a fist.  “Did I tell you how I lost my eye?”

I nodded.  “A sniper. His bullet hit your binoculars.”

He shook his head.  “No, that was Moshe Dayan.  Different place, different war.”

“I know what I said.  I’m telling you what really happened.”

“Okay.”  I pushed the bowl away.  It was just milk now anyway.

“Most of the partisans were killed in the fighting.  Or they were caught and then executed.  Lucky me, I was sent to a camp at Mauthausen.  There they beat me, starved me, and tried to work me to death.”

There was a surprising glibness to Papa’s English that caught me off guard.  Usually he spoke it like it was a bad taste in his mouth and he needed to spit it out.

“But first I was questioned by an SS goon, a Scharführer.”

Not good.  Under most circumstances, Papa hated questions.  “What did you do?”

“What else?  I was a cocky little hovno like you, so I spit in his eye.”  He smiled ruefully.

“Ano.”  He picked up his empty coffee cup with one hand and held it sideways.  With the other, he jabbed a spoon forward with a twisting motion.  “Like that, it was gone.”  He set the cup and spoon down without making a sound.

My stomach felt a little wobbly, like my breakfast was not going to stay put.  “Why are you telling me this now, Papa?”

He hiked up the loose eyelid and fit the glass eye in like it was the last piece of a puzzle.  He blinked a few times.  “Because you are old enough now to share your father’s burdens, ne?  Like I did for my taťka?  Like he did for his?”

He squinted at me, this man with the high-noon stillness who wore a belt just so that he could hook his thumb in it and dare you to keep lying to him.  Him, the law, the last word, the one I’d listen to at night while I lay in bed in my room and he talked to my mother in the living room, and I couldn’t hear his words, just their hypnotic resonance as I drifted off.

He reached across the counter and patted my cheek.  “You’re a good son.”

He left for work, and I sat there blinking at my surroundings.  Now that the sun was up, the softness of the early morning was gone, replaced by edges and corners and the sharp smell of burnt coffee.  Only the untouched shot of whiskey sat across from me now, conspicuous in its purpose.  I threw it back, the way I’d seen Papa do it.  It went down like shards of glass, and I was instantly sorry.  But it was too late.  I was in it now.

Michael Pikna is a psychotherapist in Aurora, Colorado.  The son of European high-wire walkers, he manages to keep himself grounded most of the time.  His short stories have appeared in Bryant Literary Review, The MacGuffin, Water~Stone Review, Still Point Arts Quarterly, Sky Island Journal, and others.