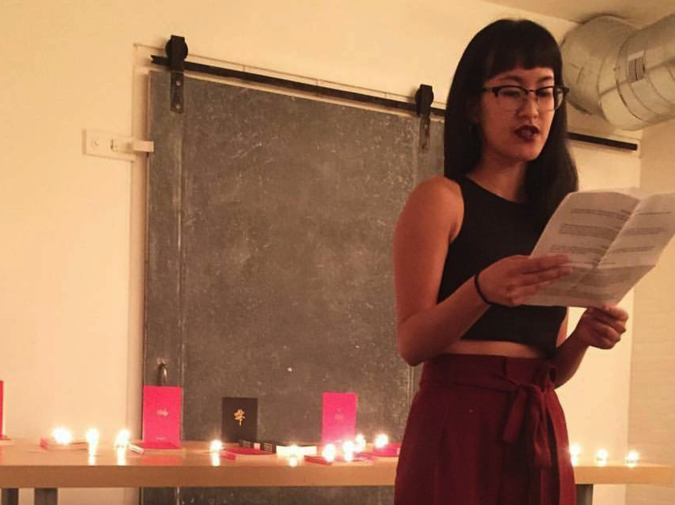 Published by Metatron, Toronto-based writer Sennah Yee’s first collection, How Do I Look?, is quick-witted, lucid, observant and constantly rewarding. Though her book is technically classified as poetry, her pieces feel more like vignettes to me, mini-stories and personal anecdotes that seem to be examining their feelings in real time, tackling in the process a wide range of topics such as mythological figures, the movie Mulan, The Sims, sexual awakenings, microaggressions, Grand Theft Auto 5, being Chinese-Canadian and much more.


Sennah appeared on my radar about a year and a half ago, when I had the chance to read an early draft of what became How Do I Look?. Her manuscript back then was a little shorter, but her writing immediately made a strong impression on me. Though she lived in Toronto, she didn’t, at the time, seem to know any of the writing people I know in that city, which seemed nonsensical to me, forcing me to stop, take a second and ponder how many other talented people like Sennah were out there right now writing outside of the MFA system, disconnected from readings and literary journals and other writers.

This interview with Sennah was conducted over email.

Guillaume Morisette: One thing I love about your book is how it uses personal anecdotes and incidents to communicate the political, like I think your work is really good at speaking both candidly and authentically about some of your experiences growing up and living in Canada as a person of Chinese descent (from page 51: “You don’t look Canadian, where are you really from?”, from page 57: “I don’t speak Chinese, but I wish I spoke Chinese, because I love being Chinese”, from page 58: “I get real Canadian and say, ‘Oh god, I am so sorry’”), making your book very easy for me to connect with emotionally and find meaning in, even though our backgrounds are a little different (I am French Canadian in addition to being white and a man). How did you come up with the writing style (the short vignette format) for How Do I Look? Did you have influences you were able to draw inspiration from, or did you come up with it simply by following your intuition?

Senna Yee: Thanks! Having people from different backgrounds and with different experiences reach out and say that they relate to what I initially thought were very specific and personal incidents of my own has been quite comforting. As for the vignette format of my book, I think a lot of it was influenced by my background in screenwriting. I studied it in undergrad - I wasn’t very good, but I’m glad it’s helped my prose/poetry writing! Screenwriting is all about communicating as much information as visually and succinctly as possible - often my friends and I would get our drafts back with all these slashes through our flowery scene descriptions and we’d be heartbroken, haha. It’s made me very strict with my writing - like fitting the word count in a tweet! 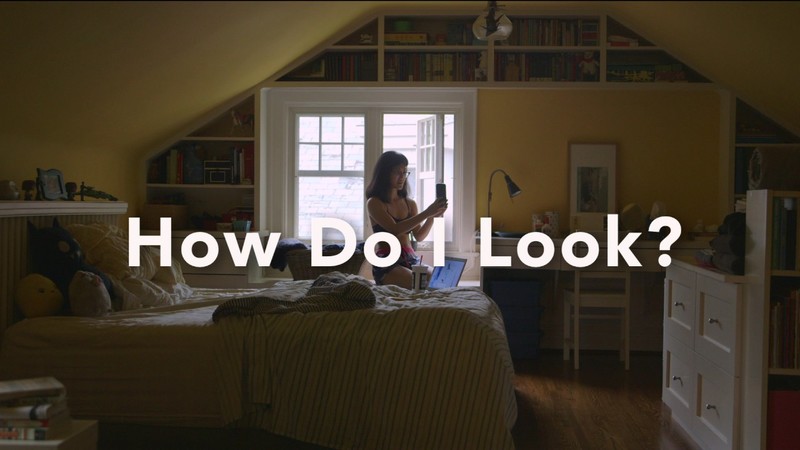 To reference your title, there’s a ton of looking in this book. There’s people looking at you and making assumptions based on negative stereotypes (From page 24: “Mysterious is foreign. Mysterious is mute. [..] Mysterious is an excuse to write me off”), there’s you observing yourself (From page 47: “Looking at myself look at myself being looked at”), and there’s also you observing other people being rude or insensitive without even realizing it (From page 63: “I take pictures of white people taking pictures of local kids for their Instagram”). Is the title of your book meant to have multiple interpretations, how do I look in the world, but also how do I want to look at the world? In other words, what happens if I am the one in control of the gaze, instead of the one being “looked at”?

Yes, absolutely! I originally chose the title because it was a line spoken by Audrey Hepburn in Breakfast at Tiffany’s, which I write about in one of my poems - but Jay Ritchie, my wonderful editor, pointed out the double entendre and I was like OH, right! Who has control, and how can I take control over the act of looking, even if only for a moment? I try to return the gaze, look right back at those looking at me. It jostles people, because they’re uneasy with their object becoming a subject.

I still remember the first poem I read by you, Mulan (1998), which made it into the final version of How Do I Look?. Can I ask you to talk a little about what that movie meant to you growing up, or even now? What does it mean to grow up in a society that offers you very few, if any, cultural role models, not even your namesake, who’s a Brazilian racecar driver?

I am SO happy that you asked this; I could talk about Mulan forever! I remember seeing it in theaters with my family. I didn’t even register at the time how important it was to finally see someone who looked like me on the big screen - holy shit, I just googled the release date, and I was only six years old! But I remember how excited my mom was in particular, and it was contagious, so I also became obsessed. Talking about Mulan with my mom now, I understand why she was so happy for her kids to have a Disney hero that wasn’t a white princess. The other day I went to my parent’s place to look at my old Mulan dolls, and I found out that my mom bought two of the same doll. When I asked her why, she said, “because you never know if they’re going to make something like this ever again.” It made me so sad, because it’s true. When you grow up in a society that offers no role models or even accurate representations of yourself, it’s only natural to expect - and sometimes accept - that that is how society must see you: as a joke, as Other, or not at all.

I would also love to ask you about using technology to “play” with your identity (From your poem Flower Crown Snapchat Filter: “My skin is lighter and my eyes are wider and my nose is narrower and I secretly relish this for a maximum of 10 seconds”). You grew up with the internet and computer games, and I can imagine that the games you played were probably really shitty at letting you create avatars that weren’t white or male. Was this frustrating, or did it accidentally give you some freedom to experiment with different identities, different “looks”?

Ooh, good question. I’ve always loved avatars and character creation - I’d spend more time on them than the actual game! I don’t remember feeling frustrated at the time - I like what you said about how it accidentally gave me some freedom to experiment. It was definitely a rare moment of control and fantasy over how I could present myself to others. That said, a lot of my choices were definitely a result of internalized ideas of beauty. I remember my Gaia Online avatar had pale skin, big green eyes, and highlighter pink hair that I didn’t have to worry about bleaching to achieve. Nowadays, I love making characters look like myself - I don’t know if this is narcissistic haha, but it’s just so fun - you know those dumb promo things that are like “Simpsonize/Mad Men/Charlie Brown/Powerpuff yourself?” I love that shit! I made my Pokémon Go avatar look like me, too - something I don’t think I would have done as a kid. I also made myself on Bitmoji and everyone was super creeped out by how realistic it was. I was honoured. I think I’m feeling more comfortable in my own virtual skin!

How Do I Look? references movies like Her and Blade Runner, and you seem to have an interest in how robots are designed and how they (consciously or unconsciously) replicate stereotypes about gender roles. We live in a world in which we now have AI assistants like Siri, Cortana and Alexa living inside our pocket devices. What do you think of Siri or Alexa’s design?

Yes! My thesis is on gendered robot design in movies and technology, and how the two influence each other. Siri and AI assistants are so interesting to me - not so much their ability to tell me where to eat or whatever, but more how people interact with them. Robots/AI are given human traits in hopes of making them more familiar and user-friendly, and an inevitable part of that for designers is gender. It’s made this complicated intersection that I don’t think we know how to navigate yet. Instead of re-imagining ideas of gender, all these binaries and stereotypes are just being reinforced. “Male” robots/voices are cold and authoritative, while “female” robots/voices are in service and/or sexual roles. I found all these websites devoted to “seducing Siri” and/or “shit Siri says” and instead of looking at what Siri was saying, I looked at what people were saying to “her”: asking Siri to make them a sandwich, asking to fuck her, calling her a bitch, a whore, etc. A lot of people argue that it doesn’t mean anything, it’s just a device - but there are so many social implications! It seems silly to dismiss them when these issues will only get more and more relevant as the technology advances.

Thank you for your time Sennah!

Guillaume Morissette is the author of The Original Face (Véhicule Press, 2017), one of The Globe And Mail's best books for 2017, & New Tab (Véhicule Press, 2014), a finalist for the 2015 Amazon.ca First Novel Award. New Tab was also translated & published in French (Éditions du Boréal, 2016). His work has appeared in Maisonneuve Magazine, Vice, Electric Literature, The Millions, The Walrus, Nouveau Projet, Funhouse Magazine, The Quietus & many other publications.