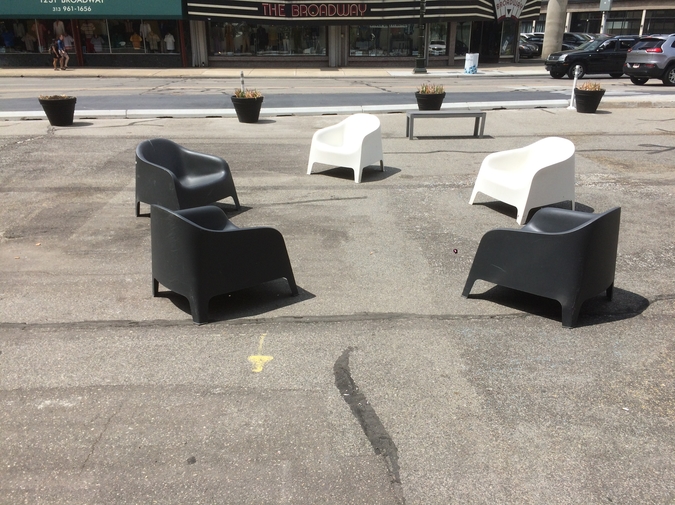 I call that year my wandering year or my train station year or my year of the lucky rat year. It was 1996 and I was pregnant with my first child, Boris––born with a strong heart, Boris. With his impending birth playing on my mind like some inescapable thing––like Beethoven’s fifth or Mozart’s sixth––I’d wake every morning, make a waffle, eat the waffle, yack the waffle, and buy a train ticket for the Metra line to take me from Winthrop Harbor to Union Station.

I had always been a city chick deep down, or at least I looked like one, or at least I felt like one with piercings and green hair and baggy pants. I was eight months along and my belly stuck out so far I was asked more than once if I was having twins. No, I’d say. I’m just fat. And then the old woman with big hair or the young one pushing a double carriage of her own would give me a look like I’d just admitted to being half-zombie and ever since the little symbol turned blue on the pregnancy stick I felt that way, anyway.

The hot sun would fade away when I stepped into the cool shade of the train with my ticket. I’d take a seat on the lower level near the window. Something about staying in one place, which had never bothered me before, had begun to bother me very deeply. I know now it was Boris inside of me, tugging me, not letting me get too comfortable in one place because staying put meant stagnation and stagnation meant security and security breeds stagnation if you ask Andy Warhol.

From the moment Boris was born, he didn’t stop. He took his first steps at the park near the swing set when he was nine months old. Before the age of ten he would break his left arm twice: once falling from a tree, once falling from his bicycle. In high school, he would bust his nose during a soccer game and sprain an index finger playing lacrosse. He would join the diving team and go to prom with an artist named Sandy Walsh who would get pregnant with his child and abort the child because they were only eighteen years old and it was a mistake. She would not ask Boris if that’s what he wanted. At twenty-four, Boris would take up hang gliding and at twenty-six, take a job as a guide in Florida. He would propose to Jennifer Blaine––a flaxen beauty with a gift for interior design––on a cliff in Ocala and she would say yes. At twenty-seven, a sharp wind would catch him ten feet and six seconds away from the perfect landing and he would lose control of his glider and he would crash into the pavement and five hours later, Dr. Monroe of Florida Hospital would pronounce my Boris dead.

Before all that, I would sit quietly on the train and forget myself. I would allow Boris to take over my body for nine months and for nine months, he did. A man in an engineer’s hat would yell Tickets! Tickets! and emerge from the steely electric door and stamp my ticket and for the next three hours and thirty-eight minutes, I was going somewhere. I would lean back in my seat, place both hands on my belly and shut my eyes, let the click-clicking of the train carry me away.

Emily Pavick earned her MFA from the University of New Hampshire. Her work has appeared in Monkeybicyle and Boston Literary Magazine. She teaches college English and leads writing therapy groups for adults living with mental illness.