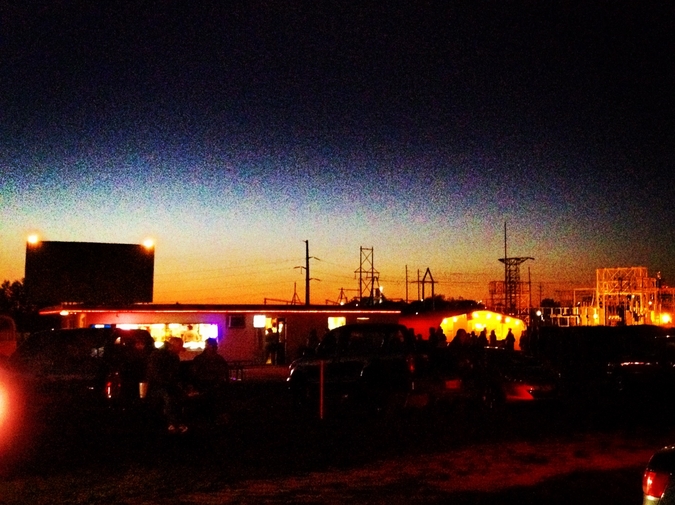 This was a burlesque theater, a two-bit operation that could barely pay off the racketeers and the cops  a place to come into out of the dark, although in the end the dark could snag you by the throat here as soon as any place else.

SEE THE UNCENSORED LOVE RITES OF AN ISLAND CULT, it said on the marquee. Fast Eccentric Dancing. Adults Only. Hainesworth ran the joint, and Donny and I were the house security  Donny and his mythical friend the Muckamuck. If Donny didn't show up for work on time, it was because the Muckamuck had been in the wrong place and Donny was out looking for him on Sixth Avenue. If something went missing during a show, that was always the Muckamuck's fault too.

There was a number every night when the girls shimmied on with papier-mâché birds of paradise on their wrists, and one night a bird had a dent in it. The crew of Bowery derelicts, refugee counts and gigolos who made up our usual audience didn’t particularly notice, but Hainesworth wanted to know what happened, and Donny blamed the Muckamuck for roughing up the bird of paradise. The Muckamuck was a bird of someplace else.

Hainesworth grabbed at the air. “So here's that Muckamuck right? Well I've got him now, okay? And he's going down the incinerator chute.” Holding his fists out at arm's length, Hainesworth marched to the trash chute and mimed strangulating Donny’s friend, with a thumb in its windpipe to mute any squawking.

I figure the Muckamuck protected Donny from a dingy world, and Hainesworth was jealous of Donny for that. We all need something to guard us when the afterglow of the last number fades, leaving only the sooty residue we know as real.

“He's all gone,” Hainesworth said. “I've scragmauled him and stuffed him down the memory hole, where he won’t cause no more trouble.”

Do unto others before they getcha first, was Hainesworth’s philosophy. When I swept up that night, there seemed to be more feathers around than usual, like the dancers’ costumes were molting. They had to make their own outfits. Most were hoping to get back into vaudeville when the economy improved.

Donny never mentioned the Muckamuck again. Instead there was Gus, the Brazilian Invisible Fish. The girls were trying out a synchronized routine where they stood in a tank of freezing water. Donny decided Gus could flop in the tank. The girls went along with this because they liked Donny, even if he was a schlemiel. Donny had a tease worked out where before the show he would charge people a nickel to look at the Brazilian Invisible Fish, until Hainesworth got wind of this. “Don't you go coddling Donny,” he told me, grabbing my lapel. “Gus has gotta go. I’ll mash him to a pulp, and good.”

Who knows what fish do when no-one’s watching them? Who knows anything about what goes on beneath the glib, shiny surface of things? I wasn’t there when Hainesworth scragmauled Gus, but I got most of the story from one of the girls. It was down the memory hole with Gus, but the girl said Hainesworth looked shaken afterwards, and his hands were bleeding. She said Hainesworth wrung Gus’s neck, though I don’t entirely see how you do that to a fish. Her idea was that Gus bit Hainesworth, but there was a raid later that night and the tank got smashed, so maybe Hainesworth just cut himself on the glass.

We heard no more about Gus, but the girls had it in for Hainesworth now. It was like the change in the mood when a crowd turns against a performer. It was from Hainesworth I first heard about Big Myrtle. “Is she some dame Donny's seeing?” Hainesworth seemed skeptical, because Donny wasn't anyone's idea of a ladies' man. “Or is she a whatchacallem? Like the Muckamuck and like Gus?”

“I dunno, boss,” I said. One of Hainesworth’s hands was all bandaged up. He struck my shoulder with his other hand, and told me to keep an eye on Donny.

Donny always bought two drinks now, one for himself and one for Myrtle. Gin mixed with vermouth was Myrtle’s drink, although Donny had to finish it for her. Donny held the door open for her before entering the theater. I could sometimes make her out crossing the room, from the way the other girls side-stepped out of her way, fluttering their fingers at Myrtle in greeting as she passed.

I heard her mostly when the lights were out, like we were harboring a fugitive. Sometimes I caught the scent of her dank perfume. The girls renamed the show’s finale after her. Bumping and grinding, they unpinned their dresses and threw the pins out like poison darts, where the audience scrambled to catch them. I had to sweep up a lot of pins at that place. Zips, we considered vulgar.

You knew where Big Myrtle was from the gap in the lineup. She was all the more evident for not being there, like the hole in an alibi, or the emptiness inside the forced laughter out on the streets, or the gap you saw in Hainesworth’s teeth when he winced.

Once the girls saw Hainesworth was afraid of Big Myrtle, they were merciless. “She’s going to vamp you, Mr. Hainesworth,” they called. “She’s stuck on you.”

Hainesworth tried doffing his fedora to Big Myrtle one time, as she followed the other girls off through that slit in the backstage curtain, but it was a graceless gesture. One night, Donny wrote her name in on the top of the bill. He told me Myrtle was only her stage name, like there was any other kind of name.

The other girls danced around Big Myrtle, with serpentine convolutions, till you could all but make out the shape of her through their rustling veils. People in the audience afterwards were convinced they’d actually seen her. Myrtle was a shot of darkness with a chaser of silence, knocked back on the precise hour when the tawdry edges into the sublime.

Nights there were no plainclothesmen in the theater, the veils would waft away to reveal the girls wearing only pillbox hats. One night in unison the girls all threw their hatpins at Hainesworth. It wasn’t like they were hurling bread knives, but it was the same sentiment. Hainesworth backed away, tripped over a feather muff, and sat on a papier-mâché bird of paradise, mashing it to a pulp just as the lights went out.

We heard Hainesworth hotfoot it out of the joint, Big Myrtle pacing after him like a jaguar down a dead-end alley.

They found Hainesworth the next day under the Sixth Avenue L. He’d been zotzed -- snagged by the throat, and scragmauled. We were behind in our payments to the racketeers, and the cops figured that might explain it. They said it was a tough break, but no-one wanted to investigate further. The license commissioner seized on the excuse to close us down, and Donny got a carnival job and left town. Hainesworth always said Donny belonged in a sideshow.

Nowadays I pound the streets looking for work. It’s a game I know backwards. Sometimes I walk north and sometimes east. You can find anything in the city if you keep moving, and don’t disturb the dreams of those who huddle in the shadows.

James Warner's novel All Her Father's Guns is available from Numina Press. James tweets @jameshjwarner. He first performed the story "Scragmauled" at the 2012 Litquake festival, at David Henry Sterry's night of noir and burlesque event at the Make-out Room in San Francisco. As far as he can figure out, the word "scragmauled" was invented by Fritz Leiber.