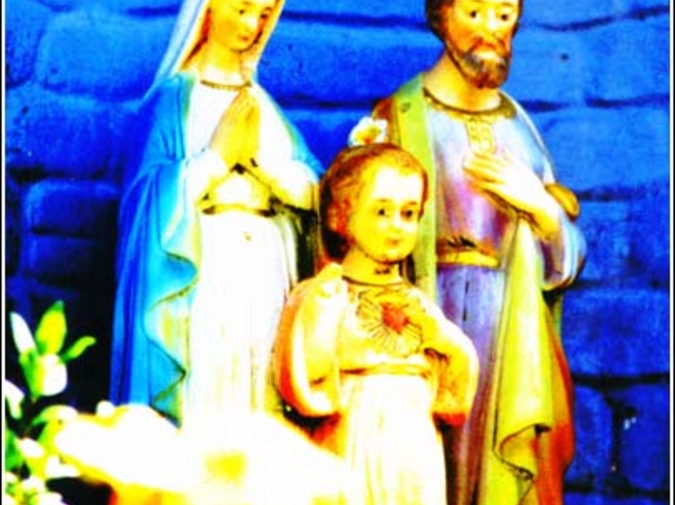 When Isabel Araya was born in the southern tip of the pampas, twenty-one years, three months, and seven days before she would hold Juan Diego’s warm hand in the candlelight of the church, the doctors had declared that she would die before the end of the week. This would become the only time, as far as anyone who knew him could remember, that Fresco Araya ever raised his hand to another human being. Fresco Araya was a pacifist, but on that day, he delivered such a ferocious punch to the doctor’s nose that Dr. Salvador Romeglio could not smell his dinner for a week. And from that point on, all of the doctors in the birthing hospital made a greater effort to be more courteous to new mothers and fathers, fearing an outbreak of future violence from young men with clenched fists.

For her part, Ferdaza Araya vowed never to visit that hospital again, and it was a promise her husband was more than willing to keep with her. But it was only through the love and devotion of her parents and the guidance of the Holy Spirit that Isabel Araya survived her first year. In those times, a collection of virulent bacterial diseases were sweeping through the cities and the pampas, and the angel of death became an all-too-frequent visitor, to the anguish of mothers, fathers and grandparents. Isabel was sick more often than she was healthy, though she rarely projected an image of anything other than a happy, wondrous child. The fact that she lived to see her first birthday made her more fortunate than a significant percentage of others in her age-range, whose parents were often advised to select an infant's coffin if the newborn developed a fever before its first month of life.

It was a madness the doctors did their best to counter, but such terrors often proved impossible to halt until they had run their natural course, leaving death and sadness in place of the youngest of lives. In the countryside, where Fresco and Ferdaza lived out the first year of their marriage, two of the most devastating diseases were influenza and measles, both of which seemed to have an unfortunate preference for children. Many families put up everything they could find that in an effort to stave off the diseases, while many more did everything they could to keep the angel of death away from their homes.

When the government finally declared an epidemic, neighbors began to hang small crosses around doors, windows, street corners, and baby carriages in the hopes of scaring away the menace that came to transport children away.

After their little girl had battled a bout of chicken pox, Ferdaza Araya went to her husband in the middle of the night. He was standing guard at Isabel’s door, watching his daughter with haunted eyes, alert to any signs of discomfort that might indicate the presence of the terrifying angel. The wife told him of her fears and urged him with unyielding conviction.

“This child will die if we don’t leave this place. Too many have passed away already, and she is not strong enough to fight yet.” In the darkness, Fresco Araya looked into her eyes, which were as blue as the sea, and knew she was right.

“We leave in the morning.”

And they did, just three hours before the angel entered their small apartment, silently made his way to the infant room, and once there, saw nothing but an empty little bed with a single rose petal beneath the blanket. She was already gone.

Michael Obilade lives in Massachusetts, where he attends university. His writing has recently appeared in Spinetingler, Cafe Irreal,Rune, Emerging, Green Silk Journal, and Word Riot. He is a fan of the banjo, the guitar, and the quad-line kite.