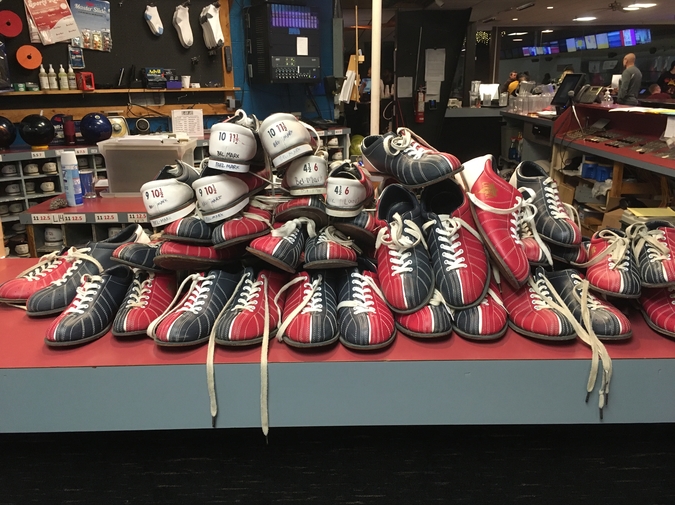 When the ground thaws and the air grows thin, the boys come crawling out of the valley to your doorstep at the foot of Mount Rose. You first notice them on a Tuesday after volleyball practice, when you are standing in the kitchen adjusting your ponytail and staring at the time blinking on the microwave, and the first one finds the courage to knock. You spot him through the frosted sidelite in the entryway. Behind him is a small line of them, each dressed up in wide-leg jeans bunched at their feet and striped button-ups half tucked at their belt buckles. When you open the door, they offer you gifts. A small stuffed bear on a keychain. A lavender soap set. A geometric cedar frame made in shop class.

Over the next three days their numbers increase. They appear only when your parents are out. They introduce themselves and ply you with silver pendants, celebrity perfume, charm anklets, or sleepwear branded across the backside. Hopi petroglyphs appear as a frequent design element, as do pairs of rolling dice. You try to appear fresh and showered when you receive them, hair straightened and new eyeliner more or less in place, though you do not often keep the gifts. Most of the offerings end up hanging from your little sister’s pink toy vanity or stashed in the trash bags set aside for Goodwill.

You are certain the new interest the boys have taken in you will soon fade, until the following Monday, when they discover the sliding glass door out back that gives directly onto your bedroom. They knock on the glass and try to peek between the floor-length curtains. They do this even when your parents are upstairs, as late as eleven thirty at night. You decide to fake sick to avoid leaving the house, but the boys start to Scotch tape their offerings directly onto the glass. Private diary pages. Printed instant messaging conversations about lessons learned at milestones. Collages of peaceful nature scenes with favorite quotes pasted into the foreground.

By Friday of the second week there is only one remaining patch of uncovered glass in the papered surface. You are wary of the patch. But Sunday afternoon you bring an eye to it and discover a lull between visitors. This is a narrow window of opportunity to jog to the gas station for a root beer without being detected. You count to three, pull the slider, and only make it as far as the edge of the backyard before a crowd of them forms around you. Didn’t you know there are more gifts to be given? They begin to back you through the shrubs past the property line, and your shins start to itch with sagebrush. The backs of your hands are dry. You try awkwardly to keep your hair in place as you accept as many gift bags and wrapped boxes as you can carry and teeter into the canyon, muddying your sneakers.

You follow the creek bed, only realizing when your quads start to burn that you have been walking for some time. The boys from the valley are nowhere to be seen, and the light is beginning to fade. You sit down in the dirt among the latest: little creative acts born of idle time. Folk mix CDs. Charcoal sketches in your likeness. Urgent confessional poetry about tears and bedsheets and the nature of the heart. You stare at the gifts, and come to understand what your admirers want. What they want is for you to produce a catalogue of their collective efforts, a record of your gratitude.

In the shadows of Mount Fuji, one writes on the back of a postcard from Zion National Park, lies a forest called the Sea of Trees, where thousands have traveled over the years with intent, inspired by Japanese folklore about senicide, to end their lives. For some reason I want so badly to visit there. I want to survive the journey and touch the volcanic earth.

Does it ever keep you up at night? another has decoratively scrawled into the margins of a pamphlet about genocide in North Africa. What can we really do?

You come across a poem in aquamarine gel pen that includes a common refrain at the end of each stanza:

And you always look so soft.

The poem is nearly three pages long. Shuffling these, you look up at the rim of the canyon high above you. You return your gaze to the earth, and breathe in sharply when you find the poet himself has appeared before you. He is wondering if you would like him to read the poem to you aloud. It is almost dark, but you can make out bright blue jean shorts extending nearly to his ankles. Your socks are soaked through to your skin. He coaxes you into the space between two needled branches of an enormous larch and coughs into his fist. He absently touches a small scar on his chin. He puts both hands behind his back, closes his eyes, and begins to recite.

Daniel Burgess is a graduate of the MFA program in Creative Writing at Columbia University School of the Arts. He lives and works in Brooklyn.