Remember to Get That Baby 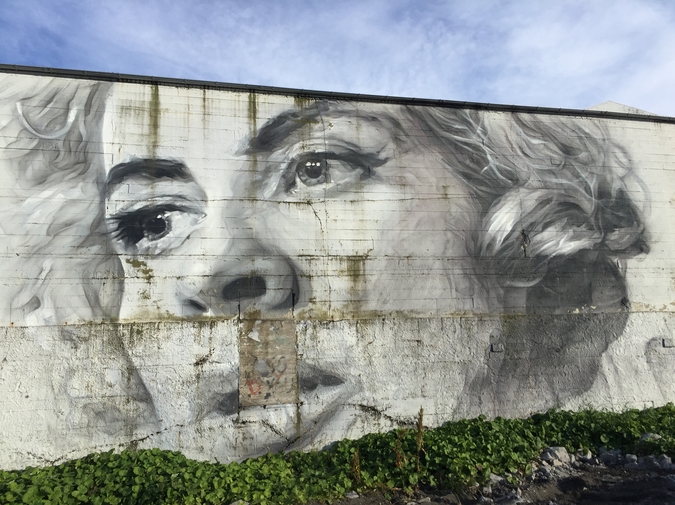 Right before my first date with a promising man from Tinder, I accidentally sent him a text that was meant for two of my friends.

“Just spoke to a doc about freezing eggs,” I wrote, “and learned that instead, I could use someone else’s eggs! I may just do that—if I don’t find a partner to have kids the regular way. Freezing is complicated because of the meds I’m on for cancer.”

As soon as I’d sent it, I realized the recipient was Michael, my date, whom I would be meeting the next day—at a Soho restaurant called, coincidentally, Egg Shop.

I was 35 ½ and had been dating like it was my job—maintaining five online profiles and sometimes making four dates in one day. My mother had spent many anxious years trying to secure me a husband before she died, and I still felt that goal’s momentum. Without her, I wanted to be cared for and to care for someone; I wanted to make a family. And though I’d fought my own breast cancer, I felt I was racing against its impending return.

As I awaited Michael’s response, I updated my friends.

Michael finally responded: “I saw a few words, and had a feeling it was not for me.” He continued: “Also, it’s good to be prepared, and kids are awesome.”

I clutched my phone and read his message again and again. In a few years, our kids would rumble through the living room complete with our framed text correspondence.

At Egg Shop, we tried to find shared interests outside of kids: art, travel, the outdoors. Delicately, he asked about the cancer I’d had, the drugs I was taking to avoid a recurrence. I’d always thought this would drive someone away: that I was damaged goods. I’d die alone, with no one to care for me.

We showed off photos, and then videos, of our friends’ cute kids.

Part of me still clung to my anxiety. “I can’t believe I sent that text.”

He reached over and held my hand. The warmth of it comforted me, as did his smile. But as we continued to speak, he rubbed his fingers over mine and I noted, with some alarm, that I didn’t feel that electric charge.

And as we kissed outside by a pile of trash bags, I felt nothing. I chalked it up to nerves, or maybe the stench from the garbage.

During our second date, at a vegan diner in Williamsburg, we had stilted discussion over quinoa stir-fry.

Where is quinoa from, again? Is it Peru?

As each awkward minute passed, I watched as if observing from the outside while we gaped like fish for words.

Patrick was part of a group of friends I’d been meeting weekly at a bar in the East Village. He’d heard my dating stories and knew how much I wanted kids. Before I’d leave our group to go on a date, he’d joke, “Elizabeth, remember to get that baby.” I liked his dry humor and good-natured teasing—there was no lack of conversation between us, and chemistry seemed like a natural progression from that. But I hadn’t considered dating him because he didn’t want kids and was even in an anthology of writers who decided not to have kids. His conviction to remain childless was in print and therefore seemed permanent.

At three months shy of 36—one year past my baby deadline—I was nowhere near finding someone lasting. So one spring day, I emailed Patrick that I wanted to get a closer look at his book collection, and if he was free that night.

He wrote back right away to say he was.

I went over to his place, sweaty in my skirt and knee-high boots. We didn’t have the aggressive, fly-by-night fling I was looking for—his kisses were soft, his touch gentle. The chemistry wasn’t quite there, but there was a lot of laughter.

The next morning, Patrick sent an email saying that we should meet as much as possible before he left town for the summer. “You'll have to remind me,” he wrote, “of all the stipulations of our contract. I remember: I'm not to get too comfortable, you want a baby, you are fickle, etc. Once we get the details hammered out I'll write it up and send it over for your legal people to look over.”

I grinned. He knew me. I could fall in love with his words. But we didn’t have the connection I wanted: I thought life was great, and Patrick reminded us all that it was miserable—I couldn’t stand the jokes he made about becoming a heroin addict when he turned sixty. How could he possibly be a father—even if he changed his mind?

Before my mother’s memorial service, which he attended, he’d sent me a CD that had provided comfort when his father had died. We both had scars: his, from his ear to his throat, was from when he’d been stabbed, 10 years before—he wrote about it in an essay I admired—and I had the one on my breast. Sometimes, while lying in bed, we would trace gentle lines over each other’s scars with our fingers. And when we sat side by side with our laptops, offering advice on each other’s writing, I thought: I could get used to this.

“Are you sure you don’t want kids?” I’d ask, showing photos of my friend’s new baby.

“Look,” he’d tell me, “I wish you weren’t on this timeline, so we could just get to know each other.”

He already knew me better than any of the men I’d seen all year. But a man who touted his childlessness to the world seemed like a glaring mismatch. Why couldn’t I just shove Patrick’s whip-smart humor and Michael’s desire to have children together to create the perfect man? Hadn’t anyone figured out how to do that?

I had once shown him pictures of Lelle, my friends’ baby daughter, who has a contagious laugh and a coy smile, chubby cheeks and short, dark hair, with bangs that almost meet her brown eyes.

“Yep. Cute,” Patrick said, unfazed. Not even a glimmer.

During dinner with friends one evening, Lelle sidled up to me and sat in my lap and started playing the I’ll-hand-you-my-toy-and-you-hand-it-back-to-me game.

She wriggled off my lap and straightened up, bumping her head on the wooden table. I heard the thud and braced myself for her cries. She looked up at me with wide eyes as if to ask, “Am I okay? Should I be crying now?”

I suspect if this had happened to me as a baby, my mother would have rushed over, frantic, and insisted I should be taken to the ER. But I knew if I stayed calm, Lelle would, too. So I put my hand on top of her head, as I imagined my mother had wished she could do, and said, “You’re okay.”

She stopped crying. And then I dashed to the bathroom to weep, because I wanted so badly to have a child, to care for someone, to have someone care for me.

The day before Patrick planned to leave for Maryland for two months, I was in the cheese section of Whole Foods when I felt my eyes sting and fill with tears. The store blurred before me with parmesan and pasta, garlic and olives, cider and brownies, the things that I loved and that I loved to share.

I would miss entering my apartment with him there to greet me. I would miss having someone know my whereabouts.

So I asked him to stay for just one more day. “Elizabeth,” he said, in mock exasperation. And as we settled into domestic comfort, I tried to wade through how I really felt about him, and whether this was about missing Patrick, or missing someone I could count on in my life.

In the middle of the night, with Patrick asleep by my side, his departure impending—and the end of our shared story—I shook with sobs.

Patrick woke up and listened as I told him what had happened with Lelle, my friends’ daughter, the other day, and about my need to protect and be protected. He knew what it was like to have lost a parent.

“Elizabeth,” he said, his arms wrapped around me, “you’re okay.”

Elizabeth Koster is a native New Yorker whose work has appeared or is forthcoming in Lost Balloon and The New York Times Modern Love column. She holds an MFA in creative nonfiction from Columbia University and teaches creative writing in public schools, nonprofits, and a program for incarcerated women on Rikers Island.