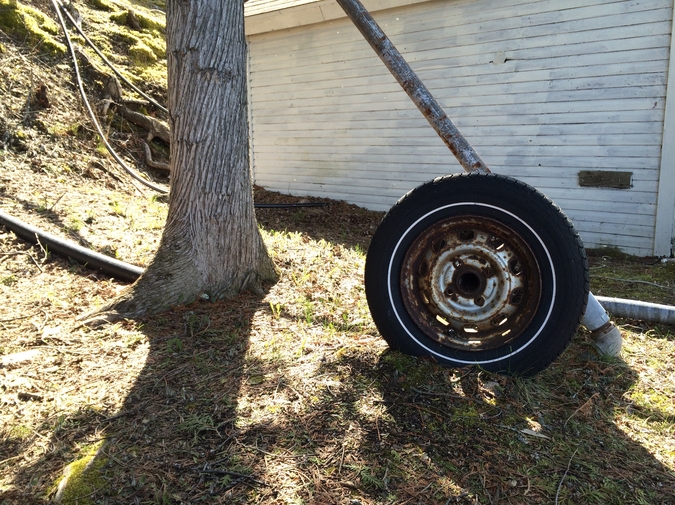 I’m thankful for the throwaways. Like the time the Bears lost in extra innings. Randy Bass, pre-Hanshin Tigers Randy Bass, had committed an error on a routine toss to the pitcher at first. It was late. Only by the time we got back to the car did I realize I had to take a piss, causing my dad to be pissed off that I didn’t just piss at the ballpark, but it was dark so I pissed on a tree.

Then, what sounded like a hubcap falling off turned into a flat tire and our being useless city guys meant we had to call Triple A and wait around for forty-five minutes. Like Triple A ball but the insurance company; and back in the day when we actually had to physically find a payphone to make a telephone call. Mid-spring, a chill in the Denver night, but payphones weren’t as random as they are today.

When the Triple A guy came, he made replacing a tire appear simpler than changing a record, or as he mentioned, a routine toss to first base. We shot the shit about the game and Bass’s error, the only thing worth listening to radio-wise while driving a tow-truck around Commerce City; and I’m thankful that he listened, even if the Bears lost, because it wouldn’t be long until Randy Bass left for Japan, and one thing leads to the next and without the small things in life, there’d be nothing.

Originally from Denver, Brian Robert Flynn is currently breathing the fiction and poetry of Washington, DC. His writing can be found in (or is forthcoming from) Clarion, Jelly Bucket, Amsterdam Quarterly, Glasgow Review of Books, Cease Cows, and The Moth.