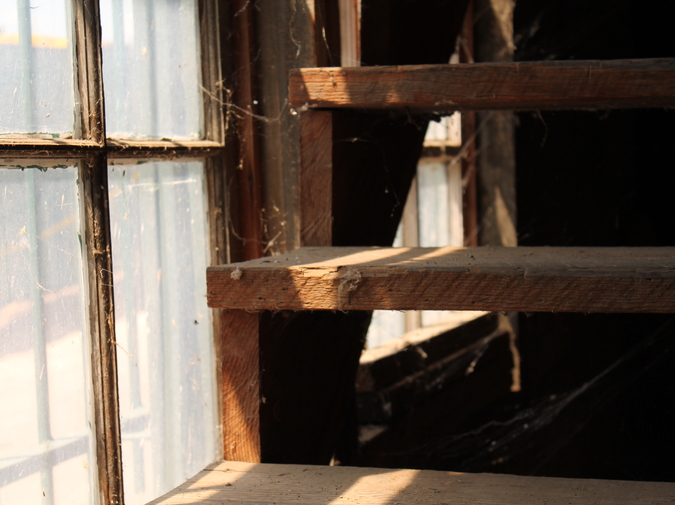 This month sees publication of our newest print issue, Hobart #14. As such, and as we have done to accompany our last few print issues, we are devoting the entire month to various "bonus materials" -- photo essays, alternate endings, drawings, extra short fictions, interviews, & more! Below, an alternate ending for "Stromatolites," the Buffalo-Prize winning story, selected by Elizabeth Ellen, by Robert James Shaw .

The next morning I drove past the town of Browning on my way out of the park. I hadn’t had a coffee yet so I stopped at a diner somewhere in town. Inside the diner an old man sat at a counter that wrapped around the kitchen. He was drinking orange juice and watching a boy fry up a scrambler in a pan. I sat at a table by a dirty window and ordered toast with jam and coffee from an Indian girl with long hair who might have still been in high school. She wore a necklace with purple beads that matched her purple lipstick. She left and came back in a few minutes with my coffee and toast. I asked her if there was anywhere in town I could find information on the history of the Blackfeet and she pointed me to the Blackfeet Shelter up the road. While I was eating a man outside walked past the dirty window. He looked into the diner and nodded. Something in his forehead or eyes reminded me of the one-armed vagabond. I tried not to think about it and left the diner to take a walk. I stopped at a park where I sat on a bench under a tree and smoked a cigarette. An old man was playing catch with two small children in some grassy weeds. It started getting cold so I got up and walked to the Blackfeet Shelter. The wind was blowing in tunnels between the buildings.

Robert James Shaw lives, works, and writes in Milwaukee, Wisconsin. You can find him online at robertjamesshaw.com.