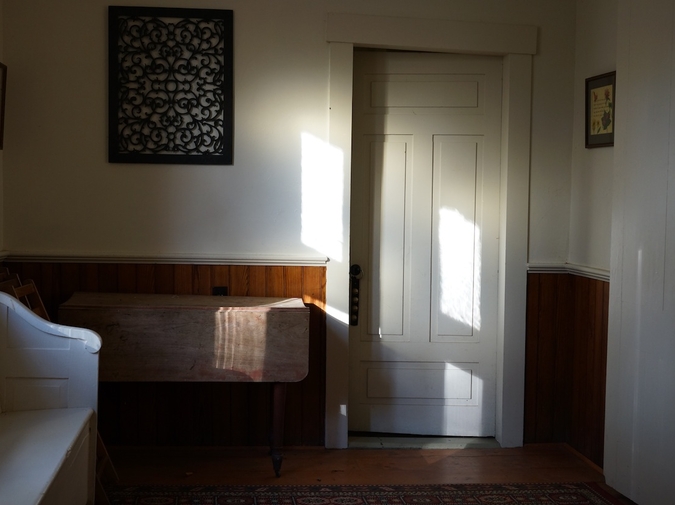 I gave her the nickname way too soon. We were only acquaintances, her with the woman and my partner with the man. They were a pair, and so were we. So it made sense to hang out; feign excitement over weeknight dinners.  She was there too, proverbial 5th wheel, drinking whiskey like water. I was instantly in love.

I first called her “querida” via text, years after we both escaped that desperate city. She sent a smiley face in response. I smiled along.

The couple was having a party and she was there too. Arguments. Salad fixings and a 6-pack. It was spring and their small brick apartment felt insulated. While she was in the kitchen, I struck up a conversation with her right there by the window. The leaves were just turning bright green.

“What do you think about Sam?” I asked cautiously one night in bed with my partner

“I dunno, she seems nice,” my partner replied sleepily behind a magazine.

We only existed in those imaginary lines that connect electronics and humans. Text messages. Phone calls. Skype.  Too busy.  Separate lives that didn’t quite fit.

I felt so guilty the day we ran into each other at the coffee shop. Our lives, for a few minutes, intertwined. Did they know she was not my partner? My soy latte was too hot to drink. My face felt hot, too.

I came to her city once, by accident. Although I was there for something else it was no coincidence that she was there too. I wanted to stay in her bed, touch her the way I’d been thinking about for a long while. She said something about sex. I wanted to see the dust collecting on her wooden floors.

Erick Saenz lives in Monterey, California and runs a small imprint called Lilac Press. You can find him online at http://ignorethedisclaimer.tumblr.com/