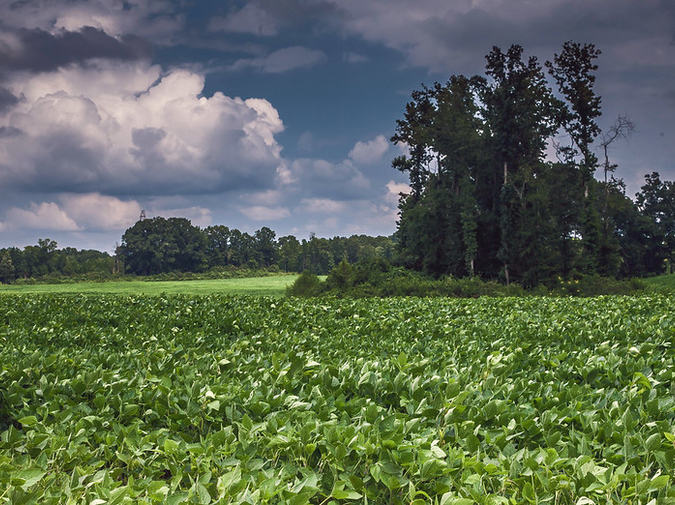 Us southerners were pissed when we realized Heaven was to the north and we would have to walk. Of course the north gets this one. Some of us were avid hitch hikers, but the cars had been stopped-up. The farmers wept in their kitchens, let the pot roast cool on the rack before ever getting around to eating it. A damn long walk, someone grumbled minutes after setting out that morning. Most of us assumed there was nothing to pack. We won’t have needs in Heaven.

Someone’s wife pocketed a marriage photo from the frame over their old fireplace. It’s wrinkled at the corners. We know because it fell from her britches every once in a while to the road, but someone always scooped it up and gave it back. We’re all trying to earn our new spot at whatever gates happen to open, pearly or not. Exactly an hour and sixteen minutes in, the first child asked, but when will we get there, kicking the rocks with their shoe. Someone started to tell the child a story about the first Great Migration by way of response. The roads lost their paving years back, when the government couldn’t do anything about the bees dropping from the sky like plastic army men or clementine wedges.

The bees made papier-mâché of our roofs. Especially after light rain. Men couldn’t un-gunk them with just a rake or a broom. It was cloudy most days. Everything was covered in their sweater sets: sidewalk, bicycle, car mirror, porch eave, the dog’s flopping ears. A collapse of moth breath took over the evenings. Skeeters celebrated by feasting, sucking our blood in giddy teaspoons, fat on the heat of it. We spent so much time outside looking at the aftermath. We weren’t sure what to do without them. It all happened so suddenly, like an afternoon of thunder weather. And then, plunk, soundless mounds of them. One second, a hum; the next, the inside of a pocket.

Boys shooting stumps off the highway from the deer stand knew when to be quiet to catch animals grazing, but they said the silence was unbearable. The front road just as still as the fields at back property. Farmers could till terrain for a whole afternoon, trying to bury seeds shovel-deep, but the only noise at the end of it was the throb of their blisters. Even the chickens stopped nuzzling, clucking, rooting. Cars idled in the road when the bees fell. Some of us said the grass shriveled up right then and there. Flowers closed their wide chorus mouths and zucchini blooms folded into themselves like spitballs. The dogs kept tilting and leaning their heads, ears up to the sky like something was happening, but only in their frequency.

Maybe, one says, as stump preachers work the path of Appalachia, god was a woman this whole time. Just, think. Think for a second about the noise of wildness. Think how many more days creation would have taken a man. Cleanliness next to godliness. On the road, our wives trace fingers down our arms leaving tracks in the dirt residue. We don’t talk about the folks whose wives chose to stay. They mumble on with two left feet down the road. The dogs tilt their heads. The rest of us walk like the North Star isn’t in burnout. We keep to the forest edge in dappled light. We count the shotguns, the artillery belts, and the cans of beans. What is it, boy? We split the pickle brine jars between us in the evening. And we would count the stairs to the other side if they should appear before us. It would make due of dawdling.

Some of us refused to leave. How will she braid her hair? We try not to miss them, but little things gnaw at us like a worry stone. What if he forgets to turn off the stove again? We gave them our stuff like a cashless yard sale, told them what’s a keepsake, what’s just another thing we would leave if it was all burning. We showed them what to keep, and how.

The lack makes the walk to Heaven feel barren. Our wives no longer want to rub the knots out of our hair before bed. Our daughters have no buttercups to test underneath their chins. The trees fall like grown men.

We don’t know what we’ll see when we get there. The pesticides weren’t just a southern treatment — that’s where we’re currently resting our blame. Ditch preachers call out that the north won again when we walk past. They’ve seen beyond our reaches, will read our palms for a dollar, & tell a fortune in any number of cards. Some of us are only guilty of believing them. One lady who used to work the cash register at the local grocery compares our new found beliefs to the Wheel of Fortune. Constantly changin’ with the spin of seasons. A neighbor’s daughter pretends to be Vanna White, holding her hands up like she’s got white evening gloves on. A letter just a wishing penny on her lips. We all think, like lanterns blinking on in gray dusk, surely there’ll be debutantes in heaven, surely a few kitten heel clicks will mark our way home. But maybe that’s just the farm in us speaking, the black and white parts.

Cassie Mannes Murray is pursuing her MFA at UNCW in Creative Nonfiction, is an Assistant Agent at Howland Literary, and currently designs for ​Ecotone and Lookout Books. Her essays have appeared in Passages North and The Rumpus. She is working on a lyrical hybrid “memoir” about girlhood in the South.