Plotlines from TV’s The Sopranos Re-Interpreted by Lydia Davis 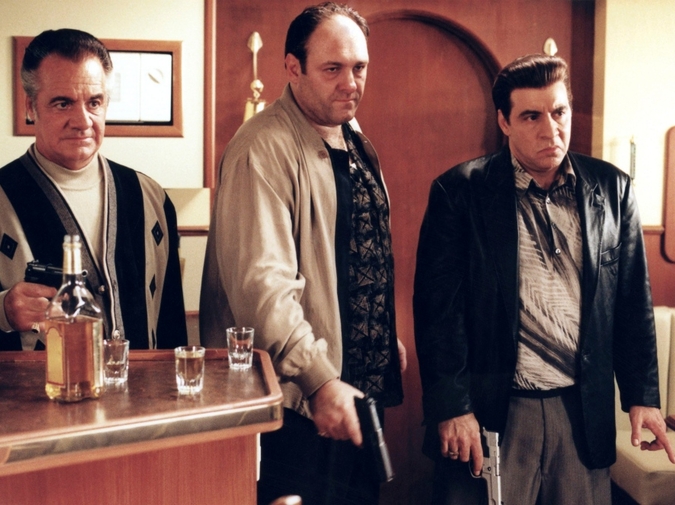 Sometimes when my husband and I argue he eats mortadella from the refrigerator.  Other times he does not.

There is a term for women of my wife’s size, a term that I like.  The term is rubenesque.  It is derived from an artist who knew the beauty of larger women.  I have always found my wife beautiful regardless of her size, or perhaps even because of it.

But my wife compares herself to other members of our community who are smaller and thinner, and she is not happy.  She diets and exercises.  She tries very hard.

Then, returning suddenly from a trip, I caught my wife eating from a hidden box of candy bars.  I grew frustrated with her for the first time.  I shook her and raised my voice.  Then I called the man who was to kill my business associate and told him not to go through with the murder.

“I want half,” he said.  He was already at the hotel.  I agreed, thinking that if my wife was ever satisfied with half I would not be in this position.

Later we ask our boss how he knew our mutual friend was an informant.  Our boss tells us that a talking fish told him in a dream.

To think, we whisper to one another, that at any time any one of us could be undone by a talking fish.

Our Friend, The Heroin Addict

Our friend, the heroin addict, has killed a dog by sitting on it.  For this and other reasons, we are holding an intervention.

The intervention may save our friend, the heroin addict.  But it will not save the dog.

“I wish the Lord would take me now,” my mother replies, although both of us know she does truly not wish this.

Christian Hayden lives in Chicago, IL. His work has appeared or is forthcoming in Word Riot, Buffalo Almanack, Yemassee, NANO Fiction, and others.