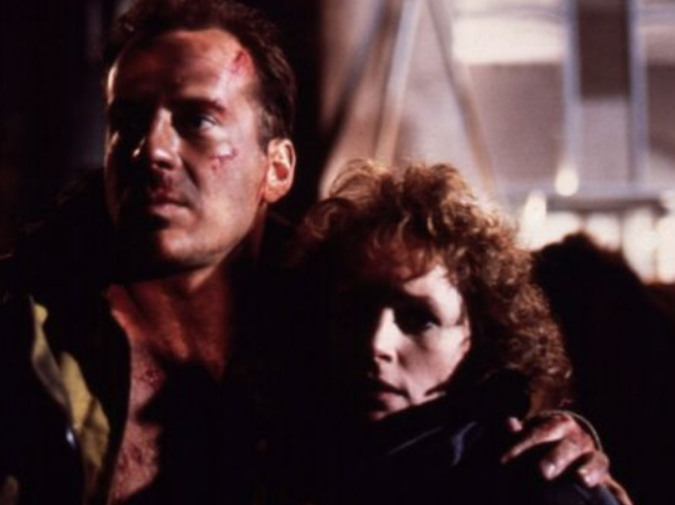 We do Christmas Eve at our mom’s. We play gin and drink wine. We spend hours trying to find the pickle, a custom wrongly attributed to our half-assed German heritage. Mom’s husband Corey makes his signature swordfish. Like we’re still kids, Brenden and I put on the matching pajamas Mom buys — penguins lost in sport — and take an embarrassing picture. “This one is just for me,” Mom usually says before posting the picture to Facebook. Her work friends, who we only know through stories, leave comments.

You are so BLESSED

Then Christmas Day, while driving to Dad’s, Brenden and I pass a bottle of Old Crow back and forth. Brenden takes bigger sips than me. He says he’ll go for me next year if I lie for him this year. I tell him no. We both know that won’t work. As I pull into the driveway, he throws up into the paper bag the bottle came in. I rub his back and tell him we’ll get through like we always do.

Dad doesn’t greet us with Merry Christmas anymore. He only swings off his doorway pull-up bar, wafting the smell of gunpowder, and says, “How is she? How’s my girl?” His voice is gruffer from another year of smoking.

We give him the fruitcake Mom told us to bring over. She still struggles with boundaries sometimes. He gives the bread a hard, prolonged sniff and smiles.

“Go load up,” he says, whistling as he walks away. “I’m about to lock this motherfucker down.”

The living room is where it had all started one year. We rented Die Hard on VHS because mom thought we “lacked tradition.” Tugging at her sweater collar thirty minutes in, she made a joke about how she couldn’t tell whether it was the fireplace or Bruce Willis that was getting her hot and bothered. The joke was gross, but harmless. Brenden and I shook our heads. Mom just never knew her audience.

His hand half-gesturing in the direction of the television, Dad asked, “What does he have that I don’t?”

Gunshots rang out from the surround sound, and Argyle— the prescient family cat—darted from beneath the Christmas tree where he napped in the blanket of fake snow around the manger scene.

“Will you stop?” Mom said, rolling her eyes.

“It’s his pectorals, isn’t it. It’s always the pectorals.”

Mom threw her hands in the air. “What in the world is even a pectoral, Ethan?”

He got to his feet, walked to the television, and tried to make a case for Alan Rickman’s hotness. Like it was a presentation. “What about this guy? A nice intellectual type. Why does it always have to be a jock?”

But Dad was already in the kitchen, ransacking cupboards for the phone book. “C’mon,” he said. “C’mon.”

The cat bolted upstairs, scared of the clatter.

“This isn’t really a Christmas movie, is it?” Brenden said. “No one in this movie seems to even care that it’s Christmas.”

Mom shushed him while running her fingers through his long bangs. “Where has your spirit gone, love bug?”

Dad made a scene of thumping the buttons as he dialed. Out of breath, he screeched a chair away from the table and plopped down.

Mom whirled her index finger around her ear and crossed her eyes, which made us laugh. Dad continued to rattle off his credit card number to a stranger on the other end of the phone. On screen, John McClane kept blowing people away from underneath an oak table.

“Hell yeah,” Mom said under her breath, her mouth creeping up into a smirk.

“All right then,” said Dad, wanting us all to hear from the other room. “I’ll see you bright and early.” He hung up the phone with the gusto of someone in a play.

He paused at the door going into the garage. “Destiny,” he said. “And I’m getting a head start.”

Santa didn’t come for us that year. Brenden and I shared the bedroom above the attached garage, and there was no way we could sleep through such grunting. With every clang of a dropped dumbbell or the cabled row machine, we longed for the days where our parents having sex was what kept us awake.

Mom eventually entered and turned off his workout music. They said a lot of terrible things to each other, but the one that cut through the floorboards and insulation the clearest was when she said, You would NEVER do that for me.

A door slammed and the crashing resumed.

In the morning, we came downstairs to him on the living room floor doing sit-ups. At some point during his tantrum, he’d bloodied his feet from kicking the radiator and it stained the carpets. Something in him had changed for good. Mom told him to get off the ground and have some respect for himself. Today was supposed to be about Jesus.

“Kyrie Eleison, motherfucker,” he said. He tucked his hands behind his head and started counting his sit-ups again from one.

By this point we’ve run the gauntlet. There is one room left to search— the same one every year. Brenden’s crashing into things and part of the living room is on fire. I make note to take care of it before we go. Dad, as scripted, lures us into the garage with the revving of the buzz saw he still has no idea how to use, and we approach pseudo-navy-seal-style. I hand signal to Brenden to just stay put and keep his safety on. He gives me a drunken thumbs up.

Without saying my lines, I slide into the garage and pop two rubber bullets into Dad’s chest. That’s the way he likes it and it’s what gets us home faster. He rolls on the floor screaming for a while before dragging himself behind the workbench.

Brenden snorts and I shush him.

He throws his weapon onto the concrete where I can see. Then, from behind the workbench, he shows me his empty hands as if I’m concerned. “I need you to deliver a message,” he says.

I crouch next to him and tend to the maroon half dollars oozing blood from his now muscular chest. Over the bubbling of hydrogen peroxide, I hear Brenden doing his impression of Dad’s teeth gritting in the other room.

He gets more into the character each year. Mom lives in the same county, and despite her shortcomings, is a very open communicator. I’ve tried to tell him this other Christmases, but he always says he knows what kind of man he is and I don’t.

I tell him I’ll tell her, though I’m not sure if I will for real or not.

I kiss him on the cheek and he gives me the updated security code, so Brenden and I can leave. We both have work in the morning. He pulls me into another hug, and despite my attempts not to see it, I catch a look at the scar he carved into himself one year— jutting out from under his right armpit and onto his chest.

Alright, I tell him.

Brenden and I hose the living room down with the fire extinguisher and lock the front door before we go. I drive him home swerving on back roads, the cops forever late to the party. He thanks me before he gets out.

Through frosted grass, he sways toward his side of his duplex. I wait while he fumbles with his keys for a minute. He gets the right one and trips over the threshold, but does not fall. A light flicks on in the kitchen. My muscles relax.

Whether we want it or not, I think, starting up the car again, it’s hard to escape the fact that tradition has found us.

Matt Boyarsky is from Montdale, Pennsylvania. His stories have been in X-R-A-Y, BULL, and Swamp Ape Review. He is an MFA student in fiction at Miami University.