On the Purity of Baseball 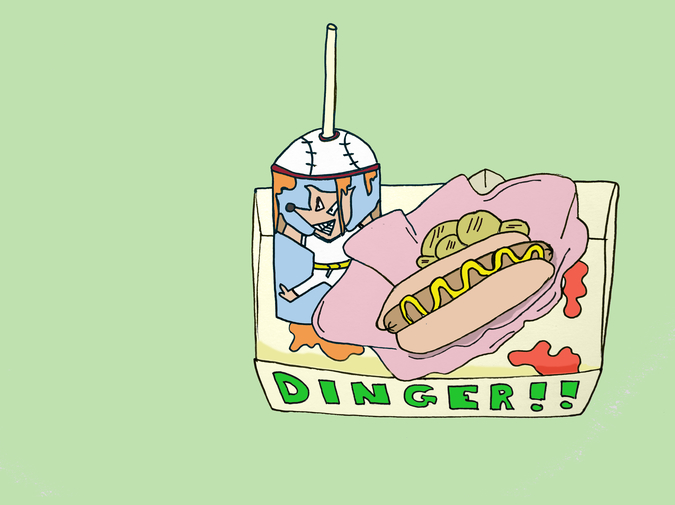 On the Purity of Baseball (Or, Reflections on a Meaningless, Midseason Highlight)

It begins with a catch. Jason Heyward, a somewhat middling right fielder signed to an obscenely large contract, tiptoes forward then backpedals hazardously, trying to locate the fly in the sun. Wrigley itself is strangely bright today, as if conscious of the fact that the Cubs—yes, the Cubs—are in first in the NL Central, and things are feeling jovial, even though they’re coming off a blown save to Los Angeles sometime in the ungodly hours of last night. Their closer, Brandon Morrow, has been sidelined since April, and the eminent Dodgers clubbed a two-out smash in the ninth, thus evening the series at one. This afternoon, on this dreary, wet Tuesday, with the sun having bobbed its faint head, the whole working world is working, or at least trying to pretend that the game isn’t on on their screens. 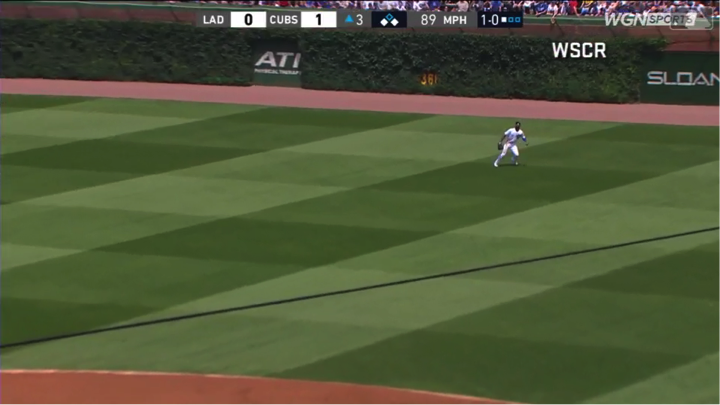 Heyward shuffles tepidly, as if he were about to break into a dance—perhaps a Russian hat dance, if that’s what it’s called. But he looks indubitably terrified, as well, donning those enormous, black wraparound shades, the kind that only porn stars, cyclists, and the Terminator don. He fists his glove, breaking it acutely, his left (throwing) hand swinging out wide. Then here’s where the trick comes: somehow, in a mere matter of seconds—milliseconds, actually—he’s managed to position himself correctly such that the ball swoops down beside his sleeved deltoid, neatly dropping into his glove, and his whole body is aligned in a tight, belted V—the man’s been working out; $184 million will do that, along with team incentives—and for a second, the bleachers look on in pure awe. Yes, he’s been a tragedy this season; hit .259 and .230 since coming to the team in ’16. But the guy can draw walks, and we know he has an arm, and his dWAR’s a full 1.4,[1] as he’s about to show off with this throw. Chris Taylor has just tagged up at third, and he’s speeding down the basepath—the Dodgers are down one, with two on and one out in the third, Justin Turner batting, Matt Kemp due up, Lester in—and you know this is The Moment; you almost get the vague sense that the entire season could righty come down to this,[2] even though we’re less than a hundred games in, half the starting staff’s injured, and both teams are claiming sizeable leads.

Heyward locks eyes with him (Chris Taylor, off third), and for a moment, the whole of Wrigley is visibly still. A molten sky settles. The ball’s in his glove. His left claws the weft of his mitt, all his weight pressed upon his slender right ankle. He actually resembles a trained infantry sniper, with that all-knowing stare in his eye, the steel cocked. Taylor’s running fatly, pounding his fists, eyeing the ground as he swerves. You know he’s dead meat. Heyward doesn’t watch him. He kicks his right foot out, settles comfortably back on his left. The gun fires: his whole body has contorted with pure, blinding, harrowing force, and his arm snaps around like a sling. The release isn’t quick. One might even call it gradual. But a single white dart skims the field, looming over second, the brush of the mound, the nebulous folds of the grass, reaching the crusty white batter’s box, where Contreras is mounted—he was born for this catch—having positioned himself a solid yard up from home plate. Taylor’s running headlong, right arm in front and cocked in a T, as if bracing for a frontal assault. But Contreras catches the ball exactly where he should—at his heel—almost laying his glove on Taylor’s slashing, wide hip. The guy has tried sliding.

This will not work.

The glove slaps his waist and his body sputters up in a cavalcade of dust. He wriggles around like a sausage, arms spreading out, reaching for the plate. Gives a firm tap, as if he were clocking in late at work. There’s dust keening everywhere. The umpire’s foot is thinly shadowed by his head and the web of Contreras’s mask. Now Contreras is rising. No call has been made, but he’s feigning a throw down to third, a kind of triumphal fist-pump, as if miming a sendoff or throw around the horn. Now he’s waving his arm like some sordid, mock sucker punch. And Heyward is grinning, patting another man’s glove, possibly Almora’s, while the umpire gives a firm and ferocious grunt, a quick crack of the thumb, like some harrowing war chant or hymn of forgotten times.

This isn’t vindication. There are a hundred games left; Bryant isn’t hitting; Rizzo looks lost; Maddon’s overmanaging, as Maddon always does; and the Cubs already won it in 2016. We know our luck’s spent. But there’s something about the moment, the sheer stillness of time and the pure tremulousness of it, that calls to mind a lyric by Yeats.

A shape with lion body and the head of a man,
A gaze blank and pitiless as the sun,
Is moving its slow thighs, while all about it
Reel shadows of the indignant desert birds.

The Cubs will be lucky to win ninety this season, and J-Hey will never again do what he did as the base-stealing slugger and All-Star rookie for the Braves. Meanwhile, Kershaw is aging, Wood’s lost his touch, and Pederson will be lucky to make it to August. But both teams will be here come September, we know, and the world will go on in its slow, rugged step, being circled by indignant birds.

[1] dWAR is a defensive metric; don’t ask what it means.

[2] And, indeed, it will, with the Brewers pulling even on the season’s final day, ultimately sending the Cubs to a tragicomic wild card game, where they’d score all of one motherfucking, late-inning run, though of course who could anticipate this now?

J. A. Bernstein is the author of a novel, Rachel’s Tomb, which won the A.W.P. Award Series and Hackney Prizes; and a chapbook, Desert Castles, which won the Wilhelmus Prize at Southern Indiana Review. His stories, poems, and essays have appeared in about eighty journals and anthologies, including Shenandoah, Kenyon Review Online, Boston Review, and Chicago Quarterly Review. A Chicago-native, he is an assistant professor of English in the Center for Writers at the University of Southern Mississippi and the fiction editor of Tikkun. Website: writingwar.com