On the Benefits of a Lego Heart... 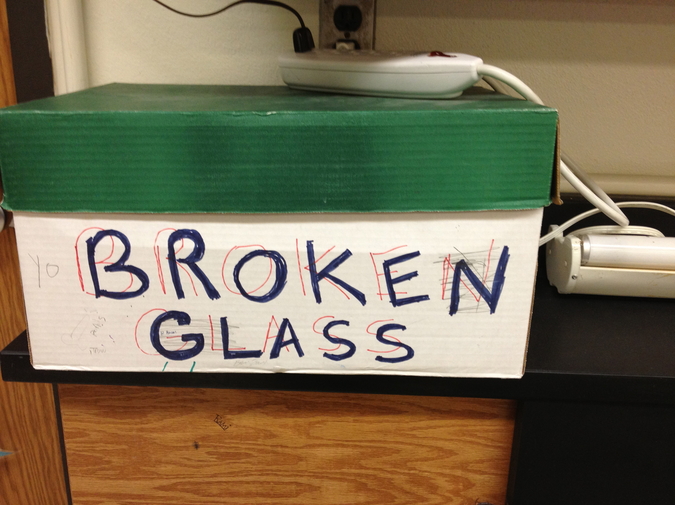 On the Benefits of a Lego Heart, Which Unlike Human Hearts Can Be Rebuilt Again and Again Knowing the Resilience of Their Delicate Construction Even as They're Being Smashed Against Something like a House or Tree Trunk or Even Your Daddy's Old Pickup Truck With the Missing Left Rearview Mirror and Faulty Cab Lights

In my mind, I had already built a Lego wall around the perimeter of the yard, tall as the Siamese twin magnolia trees I sometimes sat in, perched on a beam nailed between two gnarled branches keeping watch armed with a sawed-off Nerf gun loaded with all the ugliest marbles from my collection and stealing bites from a camouflage thermos full of lime Jell-O, daddy's second favorite flavor next to orange. Though it wasn't the most effective deterrent against trespassers - spraying out a wide wobbly arc of plastic rain made forceful more by gravity than the simple spring-loaded mechanism of the gun itself - it didn't take long for kids to learn just because he was spending the week in a special hospital I wasn't about to let his law go unpunished. Every time I would tag the back of a head or graze a bare hand or bullseye the small of a back, his reminder that I was man of the house now would ripple through me. If kids were dumb enough to crash through their screen door complaining to their parents, it would be them who got in trouble, not me. They had been warned not to come around. Back then the imposing figure of daddy standing in the yard like a sentient scarecrow, with his leathery Texas skin and calloused hands made for sawing and combination side- squint permascowl let the neighborhood know it was a sin to cut through his yard, which served as a shortcut to the middle school, stadium, and Murphy Park - the best park in town in those days, before it was razed to dust by the city for violating several safety codes, consisting of elaborate wooden castles with sharp edges perfect for picking up splinters and a jumbo concrete formation for water treatment we called The Heap, which all the young kids would climb upon and leap off of breaking their falls with their fingers, and teenagers would visit at night to do all the things that teenagers do at night. Only a little black girl my age who must've been new in town was dumb enough to escort her baby brother - who always wore the same pair of overalls and dangled the same string of snot from the same right nostril which came to rest against his lip - to the park every day through the private property of my newly inherited lawn. I first welcomed her to the neighborhood with a flurry of blue marbles, which she must've mistaken for a game, laughing as she zigged then zagged to safety. Day two she counter-acted, spotting me through a break in the branches, whipping up a pinecone. Day three, she shouted up something about whether my daddy was really crazy or not and I shot her between the eyes. That afternoon I heard the news: that this time he had shaved his arm too deep, so while my family sat inside studying their shoes pretending to enjoy a pity feast, I sat on the porch building a massive Lego heart just to piece it apart, brick by brick, click by click. When that bored me, I took to smashing it against the side of the house, flinging it at tree trunks, shattering it against daddy's old pickup truck with the missing left rearview mirror and faulty cab lights. The next day I abandoned my post, gluing the pieces together and dropping it from the top of The Heap. The black girl, who must've been behind me for some time, told me she heard about my daddy. Down below, the heart hadn't survived the fall, but before I could loose all the sad stabbing my eyes felt a pair of lips on my lips, something like liquid stars swimming inside my stomach. And so we sat in a wooden Camelot holding hands to avoid the contraction of splinters together. Years later, someone would tell me that Jell-O was made from the boiled bones of animals and this would come as no big surprise. Everything would make sense up to that point: the way anything good could only ever be bought with equal but opposite suffering.

Matthew is author of Escapologies, forthcoming from Red Bird Chapbooks. He keeps a list of his sins at matthewburnsideisawriter.tumblr.com and attends the Iowa Writers' Workshop, where he pretends not to pretend to be a pretender.