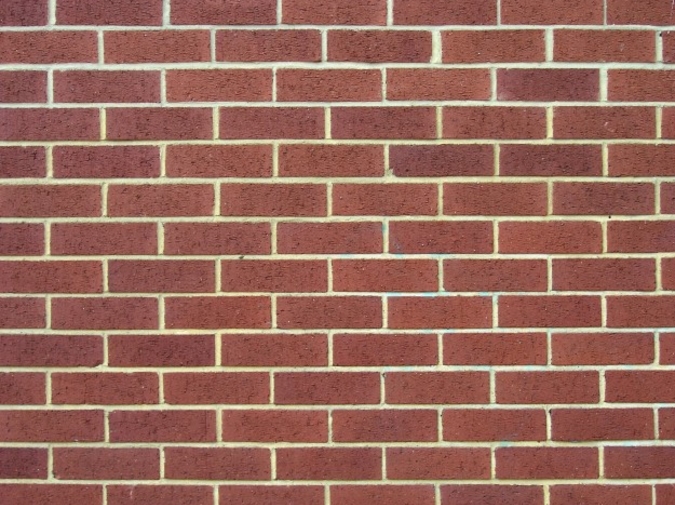 This guy’s old school, Roselli says to me over the phone, real old school. How old school can you be, I’m thinking, in a sport that’s already run its course in just a few years. But when Roselli tells me there’s something he wants me to look at, it’s usually worth it, and so I go along with him.

The arena is small and dingy but that’s no surprise. Wall-banging was never much of a live spectator sport, it was a kind of made-for-cable diversion created to catch the insomniacs. Which is why the way it suddenly spiked at the beginning took everybody by surprise. The golden age of wall-banging, Roselli says with a snort. Who knew?

So we go down to the smelly locker and meet him, this guy who’s old school. Doesn’t look like much, a forgettable face--you’d never be able to pick him out in a line-up. But then you notice. The nose must have been broken a few times, you can see right away, and you wonder about other bones. Of course his age is deceiving. You do the numbers and he has to be late twenties at the most, but there’s something battered about him, like a used car you just know has been in its share of wrecks. His eyes look old and, even though his hair is cropped real close, there’s already some gray in it. Wearing a pair of green shorts, plain white tee and shoes that can only be called, well, old school. You ask me, he’s pure Pennsylvania. A couple of generations ago he’d have been in the coal mines.

So we shake his hand and wish him luck, Roselli chats him up a bit. He looks you in the eye when he shakes and that’s when, for just a second, you catch a glimpse of something different, a kind of crazed intensity, makes you think he’s some Viking raider eyeing you from under his iron helmet.

He’s got his game face on, Roselli tells me as we’re walking through the corridor to the grandstand. The guy looks like a true believer, I’m thinking. But in what?

There are plenty of good seats. Roselli tells me the best of them are near the wall itself and that’s where we sit. You can see right away it’s a simple concept. The wall is brick, eight feet by eight, the player starts out fifty yards away. Why fifty? Some genius probably figured that gives the spectators just the right amount of time to savor the suspense before the collision. It could just as easily have been forty or sixty, I guess.

The sudden craze for the sport a couple of years ago shocked even its promoters, Roselli says. For a short period there was real money for the runners. There was even a brief season when betting on wall-banging was the rage in sports bars all over the country. As usual, the prospect of quick money for a short day’s work that only required agonizing pain attracted young guys from countries where life is harder. Oddly, Asians never became fan favorites and, just as oddly, there was a period when fans couldn’t get enough of Albanians. But as I said, the craze didn’t last that long.

One problem that was a time-bomb from the start was the judging. How the hell do you determine which of, say, ten runners who run separately at a wall from fifty feet away slams into it better than the others, whatever that may mean? I mean, what are the standards? Speed, force, whatever. I suppose you could use machines to measure that kind of thing, but the judging had to be subjective, like figure skating or diving, and that’s where the corruption set in. Before long no one would bet on the sport and it started to fizzle quickly. Of course there were always the increasingly extreme sports that kept pushing past the “established” ones of the moment.

Well, what could you do when you saw your golden egg beginning to crack? The promoters, the agents, the arena owners, seeing the writing on the wall, started to get a little creative. They actually managed to keep the sport alive a bit longer by tweaking it. At least that’s what they’d call it. Roselli calls it entering the game’s hellenistic phase. One of these armchair geniuses must have seen an apple fall off a of a tree and thought, hey, this thing is about entertainment. All at once the idea of a contest between players who challenged each other to run at a wall with such fury that the resulting impact sent shivers up the spines of comfortable spectators looking at their TVs, well, that seemed old. Old-fashioned. Old school.

Hollywood stunt men were now called in by coaches who taught techniques of illusion and the best of the new generation were so slick that their evasions weren’t even apparent on slo-mo replays. To some it was the best of all worlds: you could have your cake and eat it too. You could get off on the bug’s splattering against the windshield and know that the bug would be back next week, ready for a clean windshield. The fans made the adjustment. For a while. Then that began to seem old. Old hat.

The next phase, Roselli tells me, or, as he’d put it, the continuation of the sport’s hellenistic decline, was the abandonment of any pretense that these guys were serious, ushering in the era of gaudily-clad runners with their day-glo shoes, their Elvis dos. There were the ironists, who ran backward part of the way to the howls of the new generation of admirers, there were guys who sported pink combat boots, superhero capes, even somebody who was called the Saint, Roselli tells me, who managed to run with a god-damned halo over his head. I’d actually seen some tape of those days and there were true artists, I had to admit, like the guy who slammed into the wall as if he were fired from a slingshot and fell back with absolutely balletic grace, seeming to hang a full ten seconds at a forty-five-degree angle before dropping to the cinder track. Then, after a few dramatic seconds’ stillness, he bounced to his feet blowing kisses.

In other words, Roselli told me, we’re a long way from the early days of the sport, when desperate guys hurled themselves full force into the brick barrier, splintering bones, spilling blood, hoping to draw from the spectators who lined the bar after maybe a miserable work day, being harrassed by their boss, on the outs with their women, their prospects bleak, a blood-curdling cry of genuine affirmation. The old days, Roselli sighed. The golden age, I said, and he nodded.

So here we are in the dingy arena waiting for the single wall-banging event on the program. There’s no buzz in this place, the air is stale, dead. People are looking at their smart phones, checking up on other sports. There are only three contestants for today’s event and I can only guess how puny the prize has to be. There are certainly more appealing ways to make a buck. But here’s the first guy, built like a Navy SEAL, flexing his pecs and bikes. Dressed in an ominous black, a good look, jaw set in steely determination. When the gun goes off he charges toward the wall as if behind it are a clutch of bearded mullahs plotting apocalypse, and I watch him cover the fifty yards like a bullet but when he makes impact even I can see him pull back a bit, turn to one side to muffle the blow. The next few seconds, though, are top-quality drama: the jolting recoil, the flailing, the dazed stagger, the slow, heroic stumble, the final drop to the earth. Shakespearean. A couple of young guys start to chant, USA, USA.

The next one I can’t take seriously from the get-go. He takes off his sequined Liberace cape and bows toward every corner of the near-empty arena. He does some stretches, a bit of what looks like prayer. His run, though, is just a poor copy of the SEAL’s, down to the last stagger. Jesus, Roselli says, you’d think they wouldn’t put guys who had the same teacher in an event together. A fan actually boos.

It’s our guy’s turn now and the flash deficit is apparent from the beginning. Mister Old School doesn’t acknowledge the crowd, so-called. It’s as if he disdains their presence, and I’ll admit I’m impressed. He sure is focussed, Roselli whispers, and I try to put myself in this guy’s head. He’s run into that wall countless times at top speed and he knows just how hard it feels, he knows what awaits him in a few seconds. And I suddenly don’t want to be there watching. It’s too late, though, the gun goes off and Old School lurches forward, his arms pumping, and you just know he’s trying to hit that wall harder than he’s ever done it before. Charging forward in that plain outfit with the high-top black sneakers, he’s like one of those old-fashioned steam-powered locomotives gathering speed, he really is approaching that wall with furious intent. My heart’s beating faster, I find myself wincing in advance and at the last minute I have to close my eyes. I hear it, I hear the thud, I feel skin and bone and tissue take the impact of that brick, and when I open my eyes I see rubbery arms and legs flung backward, a brief staggering in place before he drops heavily to the ground, dead weight. I see the twitching, the slow writhing, at least he’s alive, though after the reflexive responses he’s just lying there perfectly still, the seconds ticking away. The crowd in the arena is pretty quiet. Classic, Roselli says softly. Poor sap doesn’t have a chance at the money, though, not with today’s judges.

I remember one thing the guy told Roselli when we saw him in the locker. The secret, his old coach told him, was to run at the wall believing you were going to be able to go right through it. Coach said what separates the great wall-bangers from the others is that they’re able to think that even after hitting the wall a couple of times.

At last, in painful stages and with obvious effort, our man pulls himself to his feet, doesn’t even know where he is yet, probably, trying to shake the cobwebs out of his head. Roselli stands up and starts applauding and I follow suit. It’s a shame, Roselli tells me in the parking lot, that when they close this place down there’ll be no more wall-banging. Everything changes, he sighs, and the minute the cable networks got approval for the games that used live ammo, the days were numbered for old school stuff like that.

“I tried to tell him,” Roselli says, “you adapt or you die.”

I’m not even listening at that point. I’m remembering the guy’s eyes when we talked to him in the locker room. I just know that when I wake up at two in the morning and I’m trying to imagine what the hell he was looking at, it’s going to bring a shiver.