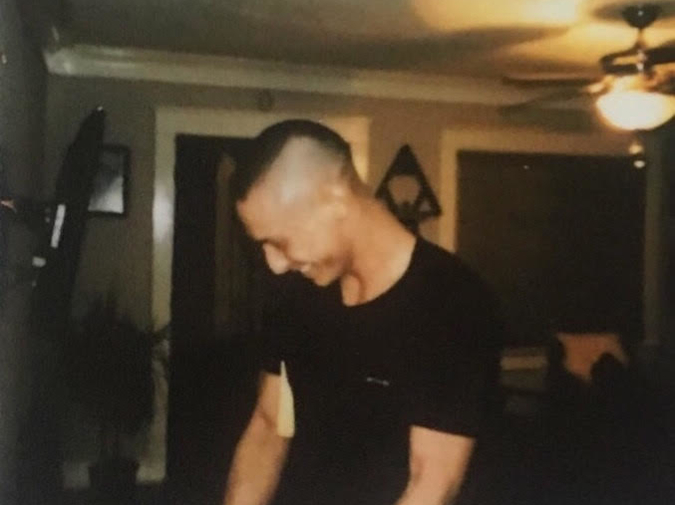 The first time she sent him a nude she didn’t actually send him a nude. She offered to send one. She said—texted—“I took a nude to send you, should I send it.”

He was at LAX, about to fly back to her. All waiting room seats were filled, so he was sitting cross legged in the walkway aisle, back against the in-construction wall of a temporary bathroom structure. Something up with the permanent one. How he was sitting was trip-hazarding maybe one third of the aisle walkway. Leaving just enough room to walk past, but probably not tow a case.

A row of other waiters waiting, sitting against the wall alongside him. None had been, when he arrived. Once he sat, others did, too.

His first reaction was fear. Before the excitement, the sense of accomplishment. Of Power. Or not fear, exactly. More . . . paralysis.

They hadn’t been seeing each other for long enough that he could defer to his go-to “Bb”s or “Oh sweet bb”s or “Daw, bb”s to get him past any text or move she did that scared him. That commanded that he man up and scare her back.

He couldn’t yet do the thing he’d learned to, of establishing some authority by playfully, sweetly infantilizing her. By appealing to the equalizing, mutual infantilization of early love baby talk. (They weren’t yet in early love.)

His first thought of what to text was: “Send it.”

To act unthinking. Command her, unflinching.

To do so was in line with the New Him. The Him she wanted him to be.

The difference between Before and Now, the game being with Her had them playing went:

She: No you’re good bb—bc you don’t know you are

This new Him She had him thinking She wanted him to be was paternal, decisive.

Decide the thing so she didn’t have to.

But was that actually what she wanted.

And K say it was.

Wouldn’t he, by giving her that Him so readily, nullify her desire for him to become that?

He decided against sending “Send it.”

His second thought of what to text, as priority sitters sat and the non-prioritized ones who misunderstood Impatience as Action stood, breaking the integrity of the bathroom wall-row he’d built, constituted a reversion.

Reversion to the move he used to do Before, and never once doubted the underlying, potential trash-ness of.

Namely, to avoid the thing by commenting on it; and, by having commented on it, bypass all consideration of its potential trash-ness.

“Daw, girl. You wild. Got me all hot n bothered . . .” he typed. Erased. Retyped, this second time nixing ‘girl,’ considering it potentially patronizing (remembering how, Before, his last She had once said calling her it was).

It seemed like the woke one but was in fact the bitch-ass one.

It put everything on her. It lowkey shamed her. Like puritanically almost.

Was he ashamed? Of wanting her like that? And if yes, why.

A man in airport attire, tryna push a cart down the aisle. One of those big yellow rectangular guys maids push, toss towels in. The man needed all three thirds to pass.

The rest of the row already aware, already standing.

“Aw snap,” he said unthinkingly. Stood. Picked up his pack and moved to the side.

The man nodded. Slowly made his way down the aisle. Stopped halfway down it, at a trash can up against a charging station column. Waited for a waiter typing into his phone dangling off the column-side to notice him, yank the cord.

The man removed the can’s lid. Undid the cellophane lining lining the lip. Raised it shoulder high, jostling it to stabilize a splayed-out Sbarro diamond, a paper plate. Tied it taut. Tossed it.

A contingent of nearby waiters all watching the man, transfixed.

Something impressive about how the man glanced away all nonchalant while reaching for a fresh bag from his—back pocket? belt loop?—bag holster. The man relined the can.

Groups one through three now. He was five.

Watching the man move away, on to other terminals, other cans.

He looked at his phone. Three dots lit up. Pulsed. Faded.

“Daw bb you the fkn sweetest. Bouta have me half erect in the middle seat, scaring my rowmates.

“Bouta enter me into the solo mile high.

“Bouta have your titties all up in my rowmates’ grills is that ok,” he texted, back to back to back, unthinkingly.

Groups one through four now.

Some shifted, did false starts. Jockeying for priority position.

“Hah nah,” he typed, something snapping. “I promise I won’t show my rowmates.”

He’d waited too long. Was not a man. Would never be—