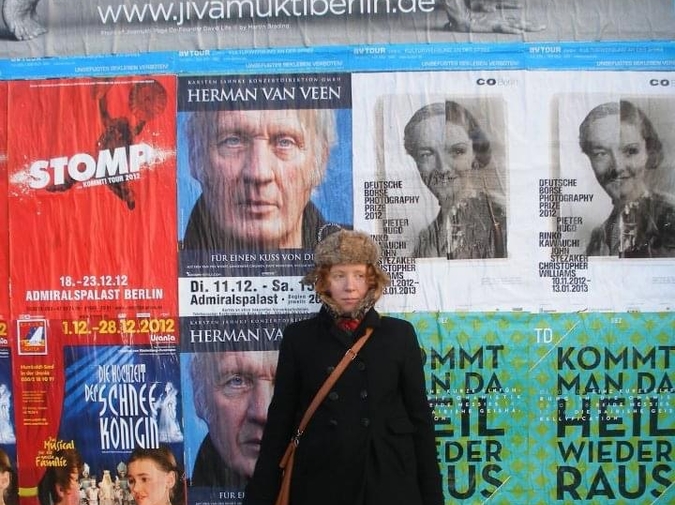 I didn’t hear Todd the first time he told me he loved me.

After, he stopped eating cereal, switched to soft, soundless oatmeal. He ate potato chips when I wasn’t home. Before bed, he drank a glass of water to hydrate his throat.

As a girl, my mother would tell me to rest my head in my father’s lap whenever I felt an ear infection coming on. In third grade I missed so many days of school my mother worried I would be held back. It didn’t feel like my body anymore. It felt like everything was in my head.

“Widely believed to be of neurological origin, people with misophonia experience intense, irrational rage when they hear certain sounds.”

Someone gave my mother a bag of hand-picked apples, and they sit on her kitchen table, a symbol of midwestern friendship, mocking me.

Often, I don’t tell anyone.

I won’t go back until the apples are gone, but there will be something else: toast, chips, a length of celery.

My mother is still haunted by a chart I once made, categorizing all my medications by color, taste, quantity, an early tribute to my latent fascination with order.

I stopped getting ear infections in my youth, but I didn’t get better. If my brother made a sandwich, I ran to hide in my bedroom. In the car, someone chewing gum, I lashed out.

“Maybe your ears are broken,” my husband mused to me one night at dinner.

I was wearing headphones, eyes trained to study my plate, the sight of chewing as triggering as the audible noises.

“Your senses are too sharp,” Todd added sympathetically.

Nothing was as soothing as silence. “Megan is so quiet,” teachers wrote on report cards; I knew it wasn’t a compliment.

Men drifted to me, then away, once they realized how robustly unavailable I had made myself. I sanded down what they said until it was smooth and manageable, then stared back at them, speechless.

Then Todd showed up, that friend of a friend. Guy at the party. Loudmouth in a backwards baseball cap, ordering pitchers of beer two at a time, bellowing at the television above the bar about something related to sports I couldn’t even vaguely comprehend. And then he would turn around and quote Amy Hempel, beg me to read “In the Cemetery Where Al Jolson Is Buried.” Sometimes he would cry when he read passages to me.

I didn’t hear Todd the second or third or fourth time he told me he loved me. I didn’t hear him for years. When I finally said it back, the words clanged and poured out of my mouth as loud as gravel from a dump truck at the edge of a driveway.

Todd never drifted away. I’d catch him staring at me sometimes and I would look back, trying to tell him: you want one of those normal girls who isn’t afraid of crackers. I had no idea of the boundlessness of his pursuit, that he had intended to marry me since the night he took a flyer from my hand outside of an auditorium in Morgantown, West Virginia.

He kissed me and said he loved me, every night, and I thought but, of course, did not say, why?

At Mexican restaurants, I only let you eat the tortilla chips when I go to the restroom. During dinner at our house, you have to yell “I’m done!” when you finish eating so I can emerge from my office where I ate with headphones on, listening to Chopin. When we see people in public chewing with their mouths open, you turn into my Secret Service agent, throwing yourself in front of me to shield me from seeing it.

It’s not like one day it clicked and I heard myself fall in love with Todd. Time passed and I wasn’t thinking about love at all. Love was just there, quiet and unassuming, leaning against the wall like a pool stick at a bar. “Listen,” it said. “This is how it is supposed to be. This is what you’ve always wanted.” Somewhere along the line, our flaws had muddled like lime and sugar in the bottom of a glass. Todd hates talking to people on the phone, so I order the pizza and schedule oil changes. He has a complicated fear of bees and the ocean. Each time we are moments from boarding a plane, he looks at me and says he has to go to the bathroom. “I’ll come right back,” he whispers. And he does.

Meg Thompson's work has appeared in Best of the Net, DIAGRAM, Hayden's Ferry Review, The Journal, McSweeney's Internet Tendency, and The Sun. She is a mom in Ohio even though she doesn't know how to knit.