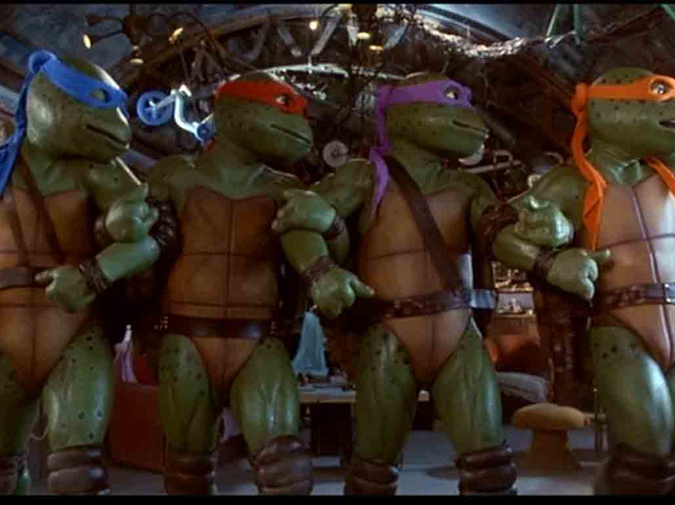 My beloved once erupted into shivers at the thought: cool millions dispatched by the multiplex. Those who may benefit if this weekly drill at the box office werent’t so industrially erected in our popcorn, such the junior façade, devotees of the stupor. Well, exotically stippled gooseflesh aside, she was a better tasting person than most, by both our admission, but I have to tell you, some surefire rookie of the arts who would rather run for congress and is allowed to use his lungs on our same air (strike that – it took several of these suits) was paid bounteously to script something from my babyhood into four CGI hemorrhoids and call it Ninja Turtles. I want my preteen coin-pouch instated on these perverts’ sexual offense records. I’m serious. Apparently that’s real easy to have done these days. I entered with no expectations and rarely do. I know the routine with Platinum Dunes is to placate my interest with their pitter-pat, transforming, if you will (and you will, you fucking will), nostalgia into mediocrity, and, sure, it was toy propaganda for the corporate age we graduated so lamentably into, but that doesn’t mean I can hear a gold idea like murder is legal for twenty-four hours and sit through a result so goddamn accidentally geriatric, or have Jason Voorhees’s ability to forever be right behind a gal reduced to the exposition of a fucking Vietnam tunnel! Freddy’s remake didn’t really touch the kids now? What decent American would pay to view a lack of that? We’re talking about the autonomic swindlers who made their version of the most intense film ever made, Texas Chainsaw, into the first and only theatrical experience that has caused me to fall asleep in my chair. I’ll continue giving you bastards the benefit of the doubt because I’m a masochist, starting at three dollars. I guarantee (I issue these when I’m mad) no one cares how many circles my broke ass could write around this shopworn company. We live in a realm so marketed away from Kubrick’s vision of a black hole squashing what we think are seasons into a spaghetti-thick lightshow that the time-space conundrum has to be sussed out as, I’m choking up here, a father’s ghostly love. This country’s big heart never fails to fail me. Not just because the food. I shit you not. I don’t blame the love hole. Not even: “Love kills the demon.” (Because Natural Born Killers then has the wonder to coat it with: “You mean was an instant of my purity worth a lifetime of your lies?” and “It’s just murder, man, all god’s creatures do it…”) Why’s love gotta be the universal fabric even of our moneyshot? See Interstellar for Matt Damon’s supremely neurotic scientist twist trope alone. None of it is Platinum Dunes bad, but nothing is. Opens strong. Sense of majesty here and there for so much going on about things. I’m saying let’s say less. Why not avoid why a little more, despite the test crowd, huh? They got their celestial phones to do the explanation. If there’s a god, it’s that Birdman is here. Thank you, Birdman. Birdman skewered the fetish for such cowl by being fucking art. I’m done tunneling through craft with the artifice of a tourniquet. If the first type of flicks listed here finally take all the way over, mind your trough. If I haven’t already killed you, that’s artifice.

PS. I was part of an email the studio campaign in the early 2000s to openly mock the idea of a Dawn of the Dead remake, before remakes were a condition. I believe I suggested a Tom Clancy / Citizen Kane duet. I didn’t realize my man wrote Tromeo and Juliet and I publically apologize. The Dead film turned out okay, could have been called something else and been interesting and Guardians is fun enough. I bet it’ll soon be legacy for some future generation’s proprietary nostalgia. If only I could enter the love hole to reconstitute my sins. I’d go beyond two-hundred million for certain gooseflesh.