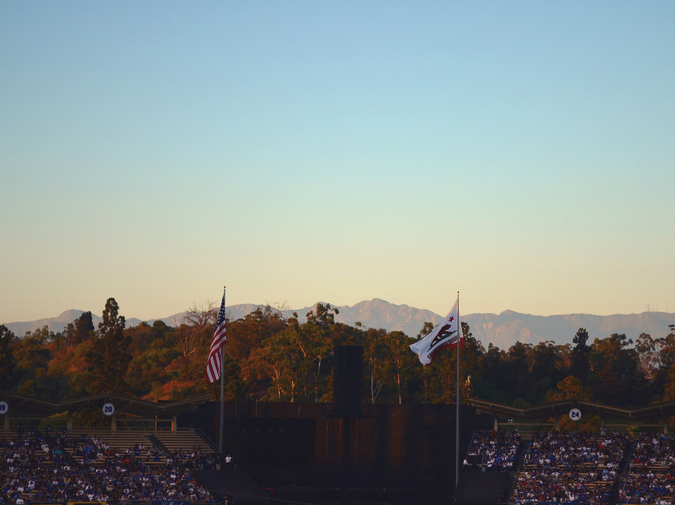 That was the year Dave Kingman’s pop fly never came down at the Metrodome
Nineteen players were ejected during the Padres/Braves brawl
Angel Mike Witt threw a perfect game against the Rangers
The Brewers and White Sox battled back and forth in what became the longest game in history
As my mother lay in a hospital on bedrest to keep me from being born too soon.

The Natural hit theatres in the spring
The Hollywood adaptation of Bernard Malamud’s novel
The story of an unlikely slugger with a homemade bat
Bent on carrying his name and team to glory
While I ate and burped and dirtied my cloth diapers.

Kirby Pucket went 4 for 5 on his big-league debut
Pete Rose nailed the 4,000th hit of his career
And screwball-throwing Willie Hernandez won the World Series
Along with his Tigers teammates in Detroit
As well as the Cy-Young and MVP.

I belly-slept and dreamt of milk in my crib
Three or four years away from my first upper-deck view
The frosty wind and massive field of Candlestick taking a backseat
To the player winding and hurling from the rubber
Raised up on a mound above the others.

Kyle Bilinski has only ever hit one home run, in a church softball league when he was eighteen, and he pumped his fists and jumped up and down as he sprinted around the bases, unable to play it cool.  His work can be found in The Baltimore Review, BULL, Monkeybicycle, and forthcoming in Slag Glass City.