New Student Worker at the Library 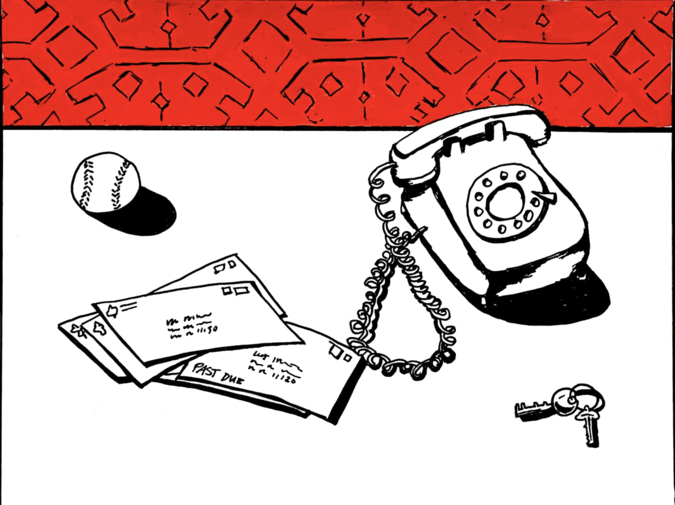 Nine minutes before his third shift, he called and said he couldn't make it, had an exam on afghan rugs. I said, Okay, fine, but please let us know 24 hours ahead next time. Again, he apologized.

On his fourth shift, he was a no-call-no-show. He later called collect and said something unexpected upended his world. He updated his address. I mailed him a written warning. Strike two, the letter said.

Two minutes before his fifth shift, he called and said he had a baseball game to play. Outside, the city hosted nine inches of snow. I sent him his termination letter. Strike three, the letter said.

He visited the library later that night still in his baseball gear, his eye black dancing with tears.  I'm sorry, I said, but three strikes is three strikes. His batting glove let me know he understood. He handed me a worn baseball, said he hit a home run and was planning to give it to me.

I think about him often. Years later, I tell my friends about it, about how I fired that guy on television, the one up to bat right now, the one who's been hitting all those home runs.

Benjamin Niespodziany is a Pushcart Prize nominee with work in Fairy Tale Review, Paper Darts, Peach Mag, and various others. He works nights at a University of Chicago library.

Mia Mishek is a fiction writer and artist based in Brooklyn. Her flash fiction is forthcoming in Jellyfish Review. You can find her at mia.media or on Twitter @miercatz.