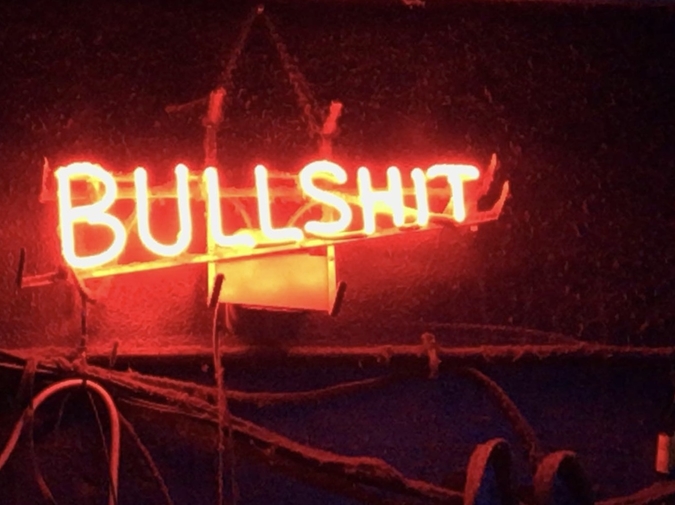 At some point in 2013, Toyota put out a major recall for one of its models that apparently had had some trouble not exploding. I’m sure I saw all the information on the local news, but my parents didn’t drive Toyotas, and I certainly didn’t have a car at 16, so it probably struck me, as most pieces of news did at that age, as something for other people to deal with. So of course it just so happened that on a bright February day, when the sky was a crisp baby blue and the wind only slightly chilly, and my father parked in his assigned parking spot in the faculty parking lot of the law school downtown, the car parked next to him was one of those very same recalled Toyotas — one whose owner just hadn’t had a chance to take back to the dealer yet. And now never would. Do you see where this is going? Boom went the Toyota. Ouch, went my father’s Ford. Here you go, said my father, as he handed me the keys to what became my first, albeit slightly melted, car.

My dad, Lord rest his soul, was not a good driver. By the time I received my learner’s permit at 15, I had been in more car accidents than I could manage to count on the 10 fingers I managed to miraculously keep. Not every accident was his fault, of course, but the sheriff’s department still forced him into Defensive Driving classes often enough to get to know the instructors on a personal level. An accomplished attorney, law school dean, and professor who helped pen the vehicle codes for 2 different states and taught thousands of lawyers the ins and outs of insurance law, he could not, for whatever reason, keep a car out of harm’s way.

In one particular instance where an accident had resulted in the full total of his vehicle, my parents found themselves unable to afford a replacement. Hurricane Ike had recently passed through the area, decimating entire towns and neighborhoods and distracting my parents from a recent mortgage bill which went on to decimate their credit scores for years after the fact. This, of course, eliminated the trust any dealership would have otherwise put in my father, which was a big deal considering his vehicle replacement rate. He had to have been the Houston-area Mitsubishi dealer’s best customer of the early 2000s. Legacy, salary, and overall charm be damned, he would not be getting a new car this time.

Luckily, my grandmother happened to have an extra just sitting around, so in the summer of 2012 we all piled into my mother’s Montero and made the slow trek to Pennsylvania where we collected the 1999 Ford Explorer that would later have the entire left side seared off in the Great Law School Explosion of 2013. By the time the keys were in my eager teenaged hand, this car had been through some shit. Even ignoring the holes burned into the driver’s-side door, the missing half of the left side mirror, and the warped, discolored metal down the rest of the vehicle, the car was 13 years old already, and it looked it. That said, my grandmother never did drive it very often, and as far as 13 year old Fords went, it was top of the line. But of course, no one could actually ignore the melted aspect, and though the car still ran, my dad now had enough money to compensate for bad credit, and he skipped back down to the Mitsubishi dealership, settlement check in hand.

I drove my melted car to school everyday, happy to have transportation of any sort. The duct tape holding bits and pieces together, or in many cases, covering up the gaping holes in the metal, never bothered me or embarrassed me much. I was really more concerned about the fact that the outside of the car clearly was not the only bit affected by the explosion. The gear shift, which never used to stick, now wouldn’t budge without a foot pumping the brakes 5-7 times. Activating the windshield wipers also activated a low moan from under the hood, and occasionally, when I would turn on the left turn signal, the entire steering wheel would start smoking. The first time this occurred, I happened to be turning onto my own street so I managed to maneuver the car out of the road and into our driveway before throwing open the door and running as fast as I could in the opposite direction, waiting for imminent combustion. The car never did explode, and the second and third times the steering wheel smoked I would just keep on driving, laughing at the stricken panic on my friends’ faces. The mechanic who eventually looked at the problem diagnosed the smoke as “small electrical fires” caused by a faulty turn signal, but considering the state of the rest of the car and the cost of repairs, he recommended we really just throw in the towel on this one. Hit the showers.

I’ll never drive another car quite like my first car, and in terms of my safety that’s probably for the best. When my dad passed in 2015, he left behind his Mitsubishi Outlander, still shiny, and my sister and I, both in college, turned our backs on the Ford Explorer my mother had no more use for. When she sold the house I grew up in, she sent the car to the Salvation Army, who, for whatever reason, graciously received the ugly mess. My father never did have another accident after that explosion. It seems all he really needed was a recalled Toyota to break the curse and the Ford embodied this legacy. It’s in this sense that when I look back and picture that first car, and I smell that stale leather scent again, and feel my foot pumping the brakes 6 times again, it’s almost like I’m really in the backseat of my dad’s car again. He’s driving. We’ve gotten into an accident. But we’re going to be ok.

Cordelia Wilks is a graduate of Davidson College and a former editor of Davidson's Libertas Magazine. Her writing has won top prizes at the A.R. Ammons Poetry Competition and Rice University's Boniuk Center Essay Contest. She currently resides in Houston, TX and does not own a car.