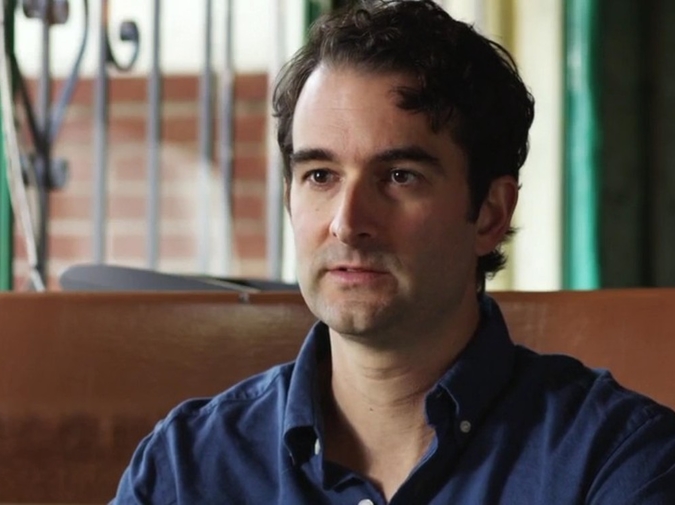 Manson Family Vacation is a creative exercise built around the tricky prompt of turning footage of Charles Manson into a cumulative emotional event. The mumblecore DIYs feel like the friendliest group of drama kids you’d get along with to your detriment. They need to say you bailed on them. Any fang’s replaced with a contemporary denture. But they’re talented and I don’t need my ass to be chaw upon waking. Everyone’s huggy, a positive acid trip guide, but true empathy takes its acupuncture by the sinus. It’s a weapon if a cop gives it to you. I’ve been in jail for a trumped charge, a questionably legal issue in which the answer was lock him up without recourse. Because they own us and do what they want. Despite your attitude being meek. I’m saying I drive like an old person and have been spread across several hoods. Yes, they grab your nuts so you utter a girl toy noise. Then one of them will hold the garbage bag for your clothes and give you a second of kind privacy. A pat on the shoulder almost always means fuck you. The next kicks you awake for a giggling arraignment. I do giggle when kicked. Our courts are like McDonalds in reverse. They trolled me in front of the lineup about who I took to prom. No explanation needed. Hate bares its entity by the explanation. They’ve taught us to assume the incarcerated have undoubtedly done something. Hence, I salute Manson’s poster without shaving my head. It’s just a cult, but he gets it. Being who I am, when I tried acid in my isolated chamber, I did not pass go, did not collect anything but war land terror. I knew I’d enter a hell I could pause. If your reflection says anything but “avert your fucking eyes” tell it to shut up. I was the test subject of my own spinal column. The crackling exaggeration of steam vent schizoid narratives and their patterning. I’m taking up knitting instead. Are you kidding me? The gales of torture, the emotional delegation, everyone’s history in a scroll above their head. I can’t afford to care that well. The automatic self-barfing chain store serpent, hide of grocery bags and gangbangers with shotgun trauma for jaws, chomping a tourniquet of diapers, just wadded hair and laxative candy, warped bawling by a wrapper of screen blush, attached to everyone by the trash bin, receipts on feedback, yodeling its reflux up your glans, kidney stone for each pupil – one buckshot halo tossed around your hiding skills reveals the living beard beneath reality, bad impression of the narrator in your head, vigilante of its own sentience, blasted from joke to religion, simulcast hum toppled communal – suck the accident. The thing about the garbage beast is how its counsel bumps and grinds. We stare down the assault. Totem flickering tongues us angry, the first mammals to perfect weeping, to market the autodidactic chest thump, sipping at one another’s cochlea as revenge for having been voiced here at all, this dentist drill awareness we’ve redirected into a commercial space. The only valid emotion in society so far is the fear of having pissed your pants. You’re held above any tease of rebellion like a balding canine waved toward the hydrant by its captors so it can sputter a little content. That we own each other like dancing bait and that we get snared too and rollick in it, reverberations lured from us echoing by the fish hook, same unnoticed gleam, still gratefully screaming while our entrails are scraped: Let’s touch hands across the rubble.