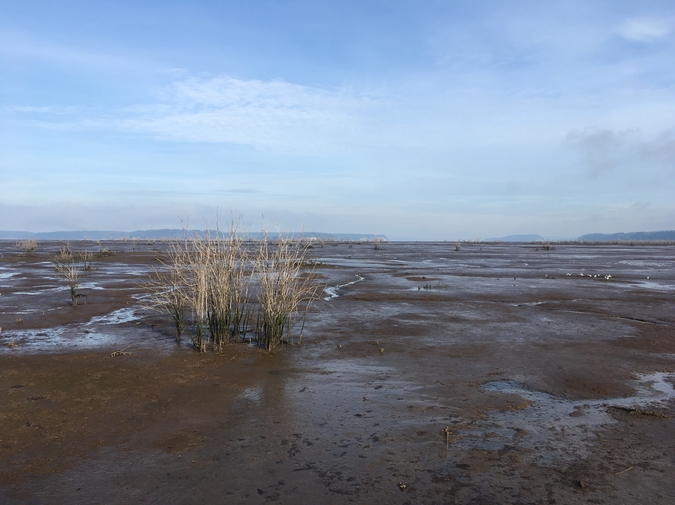 The day we met, you told me Los Angeles was home but that you were born in Houston. It was the insurance company’s orientation day for new employees, and you were standing alone at the far table, looking around with hesitation, like a child on the first day of school. I was a lone woman in a room full of men, but then suddenly there you were, another woman, pouring yourself a glass of water, your long, dark hair covering most of your pale face. I thought to myself that you would be a friend. When I came up to you and introduced myself, a smile appeared on your face as seamlessly as if someone pressed a button to activate it, and you brought out your right hand to shake my own. I relaxed at your warm touch. I tried placing your age, settling with thirty, making you only a few years older than me.

You took a sip of your water and placed it on the table before clasping your hands. “Houston could’ve been my home,” you continued. “But my parents moved for work when I was a baby, and I’ve never been back. Sometimes I wonder what it would’ve been like.”

Your eyebrows furrowed. I thought you might make a remark to defuse the tension, take away from the realization it was clear I got too personal too soon. I didn’t know that you weren’t just an old face at the company—you were my superior—but you didn’t tell me in that first interaction, and in the time afterward, I wondered why. But then, your blue eyes held contact with my green ones for several seconds, unblinking, and you nodded.

The week Hurricane Harvey made landfall in Houston, we went out for drinks in West Hollywood. We had been meaning to do happy hour since I joined the company four months prior. This week, we’d say. But then this week would pass, and so would the next one, and the next, and the next. The process of making friends was harder with age, and perhaps that was due to the task’s platonic nature, arguably of lesser importance than romance; with you, however, I sought not commitment but camaraderie. Honesty.

We hadn’t yet ordered our drinks when you told me the hurricane was all you could think about. “The day we finally get together and I don’t have the mental space to talk about anything other than Harvey,” you said.

I listened, nodding when appropriate, because what was there to say? It was tragic—of course. Those seeking shelter on their roofs—unbearable. Those on boats, rescuing anyone in sight—heroes. And yet without you in front of me, there, as we waited for our cocktails, I could’ve forgotten about the disaster, if only for a few hours.

But you made me want to pay attention. You talked and talked and talked, and after a while, I wondered if I had ever heard you speak for such a length of time. It had less to do with how much you spoke or what you spoke about than how you spoke about it, the high-pitched inflection in your voice, the tremors in your words when they rolled off your tongue and into my ears. I wondered why you spoke like this to me, of all people. Why me. Why Houston. Why me.

During the World Series games, a few of our colleagues wore Dodgers hats to work. The sight was a jovial comfort, an interruption from the bombarding news cycle to the grind of a job that left little room for personal fulfillment. One day, before you went on your lunch break, you took one of the hats off the bald man in the cubicle next to me and flung it across the room. Everyone laughed in unison, and you did, too, but no one asked why you did it, including myself, and you didn’t say.

The day after the Astros beat the Dodgers to win the title, 4-3, the office was sullen with melancholy. Perhaps it wasn’t that our city’s team lost but that there was no longer something to root for. But you had a smile on your face when I went to fill up my coffee, and I asked what was going on, hoping you might confide in me. “The Astros won,” you said, and then you went back to your desk.

You had never been more a stranger to me than in that moment.

You accepted a position in Houston, you said—for personal reasons. You would be moving at the end of the month. You went on to explain your reasons for leaving: you grew up in Los Angeles and felt it was time for a new experience, the cost of living there was comparably better, and most significantly, you felt tied to the city. The hurricane woke you up, and you could never go back to sleep in the same way again. Houston called for you.

People went up to you afterward and gave you their congratulations, because that’s what is done in situations like yours, I suppose. But I hadn’t even been at the company for a year. We were nothing more than people who worked together. You hadn’t even told me you were thinking of leaving. I couldn’t decipher if you were leaving to get there or to get away, or if it was a mix of both. I had believed the two of us were destined to be known to each other—but I was wrong.

I didn’t go up to you at the end of the meeting. You tried calling me that night, but I didn’t pick up, and the next day, when you asked if we could meet for another round of drinks, I said sure, let’s—but it never happened. We never happened.

On your last day of work, I gave you a hug and finally, belatedly, wished you well. “For what it’s worth, I’m glad our paths crossed,” I said.

People were surrounding you again, all itching to say their parting words, and it hit me how rare that first moment I saw you had been—you standing alone at the far table, pouring yourself a glass of water. The only time you weren’t ever surrounded by others.

Our eyes held each other once more, and I thought you might nod your head in acknowledgement, a parting gesture, but instead you pulled me close. “I’ll always call you a friend,” you whispered.

When I got into my car after work, I sat in the front seat, engine off. I hit the steering wheel with my hands, smacked it so hard that I’d be left with bruises, but then—then, I welcomed the pain.