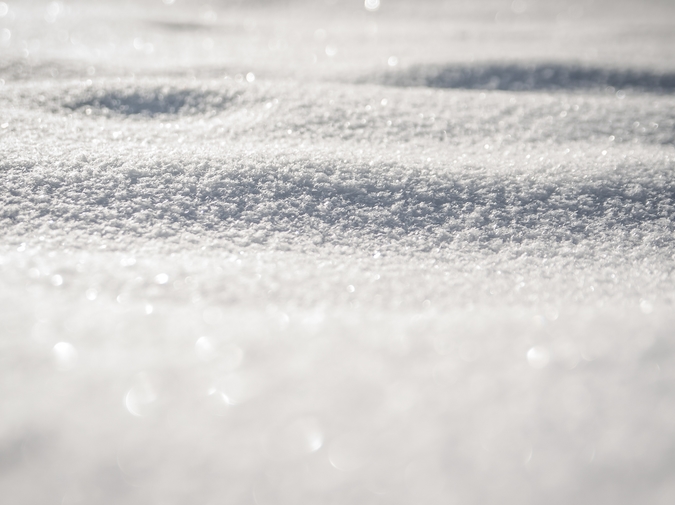 Sometimes I feel bad when I don’t know what kind of plant a plant is, as if I can’t know what it's trying to say to me.

Sometimes I look too much at the sky and think about it covering up a larger emptiness.

Sometimes I stop talking to my boyfriend for no reason.

Or I wonder if this is the happiest I’ll ever be, and if there should be more.

I like the idea of doing small parts of a thing over and over, until it is done. But I find it hard to do.

I like how snow looks on roofs and the ground better than in the air. Like it’s over and you don’t have to think about a process anymore.

I wouldn’t like to eat less, I’d just look to cook less.

I found walking the other day that looking down at my feet made me feel like a child, in a good way, I didn’t have to be concerned about where I was going or what I was seeing all the time.

So much depends/ upon/ a haircut, & I wonder if this is normal.

Sometimes I feel like I’m being watched by people around me, & I wonder if this is normal.

Sometimes if I feel sad or indecisive I wonder if I would feel better if I went to sleep.

Sometimes when I’m laying in bed or on the couch I think about what people are doing downtown at this cool restaurant or bar.

Moments when I’m at a bar I wish I could be laying either on my bed or the couch or another dark place where nobody would look at me forever.

Maybe I think about calling my mom but then I think of all the stuff I could get done in that time I’d be on the phone, and I don’t call her.

If I don’t do things like pay bills on time it is not always because I forgot, but because I like holding onto the apparition of how numbers look in my account online, and also because part of me thinks if I forget about something it will go away.

Sometimes I think about Cold Mountain, which I re-read every year, and which film I’ve seen a few times. I start tearing up suddenly, thinking about two people who don’t know each other, and working so hard to be together. How any future scene doesn’t look how you think it does. The brutality and honesty of that.

The thing is, I don’t really want to finish my thoughts. Don’t want to look too deeply. Something about muddying the water. Like, maybe just don’t break the surface for once in your goddamn life and it will be fine.

The snow is beautiful, it’s been ages since I went out in it and actually played. It just keeps coming, without the joy.

There’s something troubling about putting so much importance on a mind, like why care? Why care about thoughts or inner peace when outside a whole world lives without any relation to my thoughts, wind whispering, bees dying, many other things dying probably that I just don’t know about because I haven’t read it in the news because maybe no one who writes articles has thought to ask.

I wanted to go onto campus today and instead of feeling relieved with classes cancelled I felt cheated, sulked around the house. Couldn’t I be drinking hot cocoa and listening to music or something? Is this what the rest of my life is—events in which I should be responding differently?

The cat breathes so hard in its sleep it is like its running.

I want to smoosh it’s little round face but I’ll wait til it wakes.

If I could plan on the time of day I was without aches, that would be great.

Yesterday I was supposed to do all the things I owed, the things I’ve tried to forget for a while, I guess I’ll do that today. A card to my grandmother for Valentine’s, I missed Christmas, but I’ve called her recently. Haven’t called the other one since her husband’s death, well I tried twice but her phone wasn’t working and then I stopped.

What am I supposed to say, her husband gave affection, it’s true, if you were well-behaved, but he was selfish and mean-spirited and didn’t let her have money or see her family and he wasn’t very nice and people are now sorry that he died? I suppose it is maybe more in support of her, but that truth is harsh, too, that this mold she built her life around and loved and resented is gone and now she finds her days are empty.

What else I have to call and pay a loan company.

I have to fill out a form for aid for an emergency room bill when all they did was hook me up to an IV and take some blood for tests I said were not necessary I’d either been roofied or had some bad weed on top of a sort of sunstroke, they said it could have been either. And now I owe eleven hundred dollars just for living, and when I called and said I needed a form for aid the speaker said Get it in right away & That period of delay doesn’t last forever you know.

If I don’t do them, these things will still not go away.

The cat’s eyes are opening: a warm, watery brown.

I read somewhere that if you smile when you don’t really feel like it it loosens muscles of the face and tricks your brain into making you feel a little more happy. I try it and sometimes it feels desperately ironic like when I’m doing chores by myself which is probably when I stop talking to my boyfriend, smiling then feels like Oh boy, look at me! Isn’t this great! But sometimes it does help or at least seems to get my breathing to slow a little. I try to psychoanalyze myself sometimes, like, Why are you so unhappy? and it seems I have this huge wanting within me, like a grain or seed that is spoiled and twisting, I want so much, I’m not like my friends on a yoga retreat who post about loving their husband and the golden crystal clarity of the sky at a certain hour, for me it’s like, This man? This life? Sure there are things I could maybe do within a two to three hour car ride from here, slip through fresh snow on crosscountry skis, walk along a ridge over a precipice, see the vapor of a waterfall pouring down, but I don’t have skis or a snowsuit or goggles, I don’t have this faith in something waiting for me after 120 miles, and instead I am thinking all the time of this wanting, this other thing that would maybe make all of the above easier, or negate it, thinking if only I had x, why do I want x so much, what am I trying to ________ that will somehow redeem me, my entire life, what is it about who I’d be seen to be, that without it I’m afraid people, myself, will get so entirely wrong? What is the thing?

Caitlin Palmer is a writer who's interested in wanderlust, malaise, and decay. She has work published or forthcoming at Gravel, DIAGRAM, Under the Gum Tree, Midwestern Gothic, and others. She's been nominated for a Best of the Net, shortlisted for the Redivider Blurred Genre Contest, and included in an anthology of Idaho writers. She's pursuing her MFA at the University of Idaho, where she's the fiction editor of Fugue and the program's Hemingway Fellow. She'll be reading fiction at an international conference for literature and environment this summer, that queries the futures we make for ourselves.