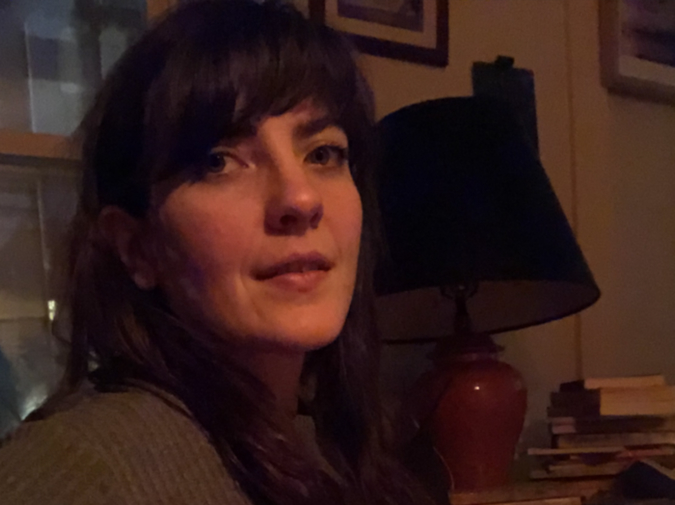 12:02pm: it’s taking me predictably a while to get this ship running lol. I’m wearing my running outfit and whining to myself about how it’s going to be really cold outside and my body is going to be ‘REALLY LOUD’ until I hit the sweet 2 minute sweet spot, and then will need to probably tie my hoodie around my waist, and ‘why even wear a hoodie, come on, you’ll be fine’ ‘NO! But what if I’m not fine, how DARE you compromise my comfort you AN-imal…’

Since August I have had an average of one Baby’s Day Off per week, sometimes none, so. I’m appreciating my slowliness today.

Seems liek there is a nocturnal animal called ‘the slowly owl’…

Like…Loris has been working for the company for 18 years, and living in a tiny rent-controlled studio in a luxury building for 25, and keeps telling herself she ‘really needs to get rid of some of this stuff’ and organizes ‘spring cleaning clothing swaps’ among her coworkers but she always gets sick on the Sunday they agree to do it, but like, next year…it’s really better this way, it’ll be better for her to do it next year anyway. She’ll have more time to get organized by next year, she’ll have a better idea of what she really needs to give away by then, probably.

Whoa, yeah, Loris is the 57ish year-old me I want to avoid

10:18pm: I deleted a few paragraphs that talked more in depth about 12-step program stuff/where I am with it now/how I came to ask Kate to be my sponsor. Didn’t feel in the right…mindset…or something. Felt like I was forcing. I’m feeling kind of sleepy and am enjoying writing about this stuff but it’s taking me a little longer because I’m sleepy. My heater is on so it’s slowing down my loris.

10:32pm: turned off heater. Want some kind of ice cream. I think I could get some from CVS…

No, I am getting back on track with intermittent fasting. No more soup for you, Boyle.

the 2042 Toyota slow loris: headed towards a breakdown

9:41pm: I’m in wegmans right now but I feel more like it’s holding me, like it’s the whole alphabet and I’m the sub-sentence that would be labeled ‘m61,’ where all the times I’ve been to wegmans are labeled ‘m1-m61’

9:43pm: I came back around to liking being in the line. I’m going to miss it.

Think it’d really benefit me to put away my laundry

I’m going to start thinking of it that way: it would really benefit me to put away my laundry

I’m burning resin incense and the lights are low

Like if I were at this apartment in 2009 I’d be talking to some guy with scraggly teeth and pockmarked skin and a hoodie but he’d also be like, unconventionally handsome, but you could tell the last time he talked to his mom he said some fucked up shit and probably beat up his siblings growing up, and I’d be thinking ‘this seems like…my only option…’ because everyone at the party would have already grouped or paired up except the people I came with who would be talking to their friends in the band there, who it’d seem like weren’t going to play after all, and I would’ve gotten bored with that so I would’ve gone to sit alone on the shitty duct taped couch and then this guy would’ve just…like…sat beside me and been like ‘sup,’ and in a few minutes I’d be like ‘come walk with me to get some more beer’ and depending on how drunk I was on the walk I’d be like ‘I’m going back to my place, wanna smoke a bowl’

I’m loving going to meetings with Juliet and Jordo

Have been missing physically being around other people lately

10:31pm: yeah…just…even at 12 step meetings, it’s weird, I have never thought of myself as a touchy-feely person but I guess I kind of became one. Or maybe I always was one, I was just inhibited. I like hugging people. They’re nice to hug. Haha. Yeah. And like…touching their arms while we talk…patting their backs…maybe I don’t do it as much as I think I do it, but I do it more than I’ve ever done it

10:35pm: man this bass next door is nuts. It just sounds like a torture dungeon. Like you only play music this loud to boost up your ego, to make all the people around you ‘feel’ the power of your preferences. To be like ‘THIS. IS. WHAT I. AMMMMMMMMMMMMMM’

the three customer service lords who got laid off on my team (myself included) have a composite salary of $107,000

plus a manager of all managers, plus a salesman (each have 6 figure salaries)

i guess the company is really in the hole

either that or the pandemic is bringing out the worst in c.e.o.’s online shopping and mansion problems

i don’t want to get resentful or self-pitying

let them have their mansions

like, the guy who lives in a shed with guns knows all about the kinks in the infrastructure and shady bookkeeping of the place where he was fired 20 years ago

and i bet if you asked him, all of this would’ve boiled down to one event 20 years ago, when he was laid off from some bogus enterprise that maybe 5-7 years later totally crumbled, lawsuits involved, white collar prison, ‘good thing he was let go,’ etc.

and for her it would all boil down to that one night: the night she gave up

she and shed guy aren’t even really 'together’…he has like…weirdly, he has like three 'main women’ who he takes turns living with when one of them kicks him out

none of the women like that he has guns, which is not the only reason why he has trouble sticking with any one of them

so yeah let them eat mansions

9:32pm: i ctrl + f’d ‘loris’ and am sending elizabeth a document of all the times loris has come up in the liveblog (including this time) (i don’t know, that might be too…meta…thing…well hm. it’s kind of interesting. people will know that i’m working on the liveblog while i’m sending an excerpt of the liveblog. wait okay i like that, i’m into that, let’s see how this flies)