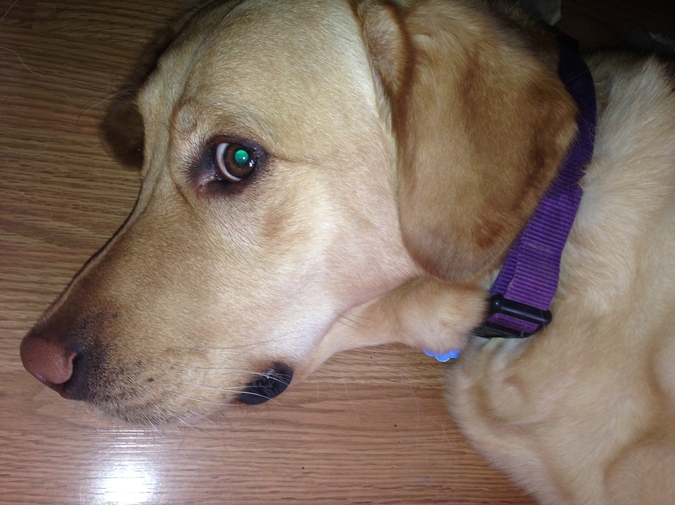 She gave my dog lighter fluid.

She said my dog didn’t drink it because she put it there.

The dog drank it because it was an accident.

Well, maybe if you hadn’t put it there?

Whether the dog drank it, this has more to do with you and your dog than me.

She, who took no responsibility for lighter fluid and its implications, was married to a man who loathed my family.

He disliked us so much that we weren’t allowed to look at him.

If he came in the room, we could glimpse. But if we did more than that, she would not speak.

This was my sister, the woman who gave my dog lighter fluid.

When he came into the room, he looked rarefied—red hair, mascara.

We looked at the corner of the ceiling, not him.

Such beauty, you know, you don’t want to ignore.

At my mother’s funeral, he said, “You have not lost enough weight. You have more to go.”

It’s like the lighter fluid—no responsibility, words that burn and stain and strike at us like matches to gasoline.

Gazoline, that’s how they pronounce “gasoline” in New Jersey.

In New Jersey they don’t do things as in other places.

They don’t ban gays as they do in Indiana—no, they yell at them when they graduate from high school.

She didn’t know her husband in high school. They met at a pig roast, when the pig’s lips were burning.

Since that moment they have loved one another.

They shun my family together.

They had a New Guinea Singing Dog who had been abused on the Lower East Side. They loved that dog—let it run with their cats.

One day the New Guinea Singing Dog got hit by a pregnant UPS truck driver on Route 9.

They cried, she did anyway, though some considered the New Guinea Singing Dog “gay”— she would have preferred a “regular” dog, but this dog, she loved this dog.

They offered to watch my dog when I got new knees.

I thought the lighter fluid was no accident, just as blueness is its preeminent quality.

It might happen that my dog, too, would get hit by a UPS truck driver who could not control her hormones.

I let my dog stay instead with a painter whose ancestors were Portuguese race car drivers.

My dog, the one who drank lighter fluid, is still alive.

Eleanor Levine’s work has appeared in over 50 journals, magazines, and anthologies, including Fiction, The Denver Quarterly, The Toronto Quarterly, Evergreen Review, Pank, The Dos Passos Review, The Kentucky Review, Fiction Southeast and Barrelhouse. Her poetry book, Waitress at the Red Moon Pizzeria, was just released by Unsolicited Press.