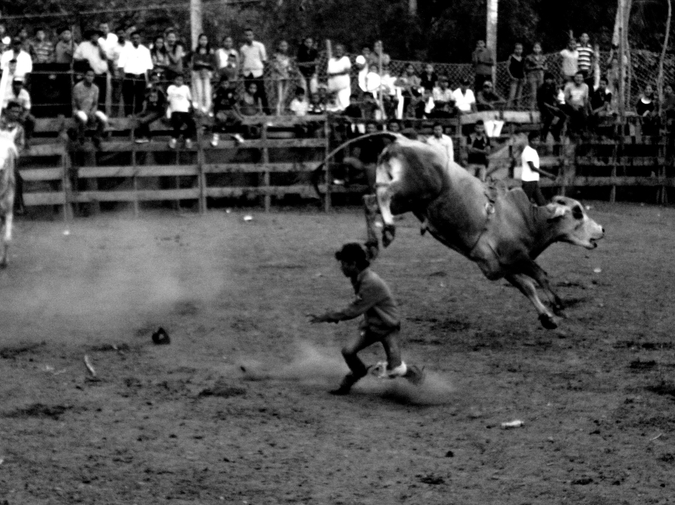 “Can I talk to you about something?”

“Her profile says her name is Jessica, but all her friends call her a good time.”

“What were you talking about?”

“She’s on holiday here. Taking a break from her life in Canada if you can believe it. She has a husband and a kid, I think. She says I make her feel young.”

“She comes over and we sleep together.”

“You don’t go on dates or anything like that?”

“Nah, she says she doesn’t want to make me real. Refuses to learn my second name.”

“And you’re okay with that?”

“She sends me messages at the last minute. I think she spends the day thinking that she isn’t going to contact me, but then it gets to half-eleven and bingo, my phone flashes with notifications from her.”

“But you don’t feel objectified or anything?”

“Not yet. If past experiences are anything to go by, in two or three meetings I will start to feel a bit shitty in the mornings. When I wake up and she’s just a dust cloud in the shape of a pretty girl. But I think her stay is going to be over before we get to that point.”

“Don’t you think it’s weird that we talk through this app?”

“Do I think it’s weird that we talk through a dating app but have never actually been on a date. Yes. Yes, I do.”

“Do you remember the first message you sent me after we matched?”

“I don’t know if I can scroll back that far.”

“You said: ‘Where do you get off looking so gorgeous?’”

“What did you think of me when you read that?”

“I remember I asked you if you wanted to go out for a drink and you asked me is that what people usually do on this thing.”

“You told me that you thought you were in the process of making a mistake.”

“I was. It was after a really strange and bad day. I’d met this guy. His name was Ben Howser. He was happy for me to know his second name. We worked on a project together. Investigating the effects of isotopes on the chromosomes of frog spawn. He touched my hand and said I was funny. The next day I was in early for work and I saw him making out with a woman that I found out later was his wife. I don’t know what it was about that moment or that time, but I thought that was it – the last time I would ever feel anything for anyone.”

“The perfect time to check in on the dating app scene.”

“I just wanted to see if it was still possible for someone to like me. Whatever that means on this thing.”

“Yeah, sorry, A Good Time has just asked me to send her a photo.”

“You have it all wrong. There are different societal rules on here. It’s rude not to send a pic when one has already been sent to you.”

“She was in the bathroom of some place.”

“Well, I’m interested in what you wanted to talk about.”

“Did you not need to finish up with Jessica?”

“It’s alright. I’ve lined up some dirty lines. I’ll send them through to her periodically.”

“Enough misdirection – what did you want to talk about?”

“I just wanted to talk.”

“Until the conversation turned to what?”

“Is there a reason why we never met?”

“You said something about how it was a mistake that you were on the app. You spent half a gigabyte of data saying sorry and typing out about eighteen different versions of how you didn’t mean to lead me on.”

“Yeah, but then how did we get to this? When I open up my phone, I don’t check my texts or my emails. I go straight to my dating app messages. Just to talk to you. When I see something stupid in the world and I want to show it to someone else, I send it to you.”

“I think that if we did now it would ruin it.”

“Then what? You are worried you are just using me for my personality?”

“My picture on here is from when I was twenty-five. I was so skinny and cool and all that. I look like that picture still, I guess, but I’m not the person in the picture. So, all you got is me. Here. The words I’m typing out to you into this little box. What interpretation of a person do you have? What image am I communicating to you?”

“Are you still there?”

“Is this too much? Am I being too much?”

“No. I just don’t know how to answer. How do I answer something like that?”

“If I was being honest then I would have to say the main thing I am getting from you is that you are insecure.”

“Yeah, I know it is. And I don’t feel all that great at you for making me say it. I’m on this app because I don’t want the emotional hang-ups of a long-term relationship. I have bad stuff in my past. Not that you would know that. Seeing as you never ask me.”

“That’s not fair. I ask you about your life all the time, but your life seems to center around sleeping with desperate women.”

“So, these women are desperate now?”

“No. But they are looking for something I don’t think they are going to find on the other end of a dating app.”

“And how do these things come about in the real world? People don’t fall in love at first sight. They want to fuck and sometimes that fucking turns into love. This app just speeds up the whole process.”

“And you are in love with Jessica?”

“And people don’t fall in love without sex?”

“Not in my experience, no.”

“These messages. What we’re doing. Us.”

“Should I have not said that?”

“I’m a me. An engineering graduate with too much time on his hands. I surf, I work out and my favorite restaurant is this little Italian place down the way. I have thoughts and feelings. You’re just Lenore, 30. I don’t know anything about you beyond the words that you put into the little box.”

“So, I’m what… a ghost? Something with no physical presence. I just live inside your phone?”

“I guess that’s a way to put it. You could be an invention. You only have one photo on your profile. Who’s to say it hasn’t been pinched off the internet and you aren’t who you say you are. You could be some highly-developed artificial intelligence pretending to be a thirty-year-old woman.”

“But how can you prove it?”

“I can tell you about my life. About how I used to know how to be happy but that was some time ago. That when I try to shut off from work, I just stare at the walls of my bedroom until I feel like crying. That I’ve resulted to messaging a man who I have never met on a dating app I have never used to get a date just so that I can feel close to someone. These are things I feel. Things that are painful and hurt like hell, but which at the very least prove I am here.”

“Those are just more words.”

“Then we are at a stalemate. How can I prove to you that the thoughts I have are real? That I exist and am not just a creation for your amusement?”

“You could send me a picture.”

Mark Daniel Taylor is a writer from Plymouth, England, although he currently lives in London. He is a member of the Collier Street Fiction Group and was an alumnus of the 2020 New Orleans Writers’ Residency. His work has been shortlisted in both the the 2019 New Voices Competition and the 2020 Spotlight First Novel Award. You can find him on Twitter on @katamazov or on his website, www.markdanieltaylor.co.uk. He is currently peddling his novel Helmouth to prospective agents and anyone who stands still for too long.