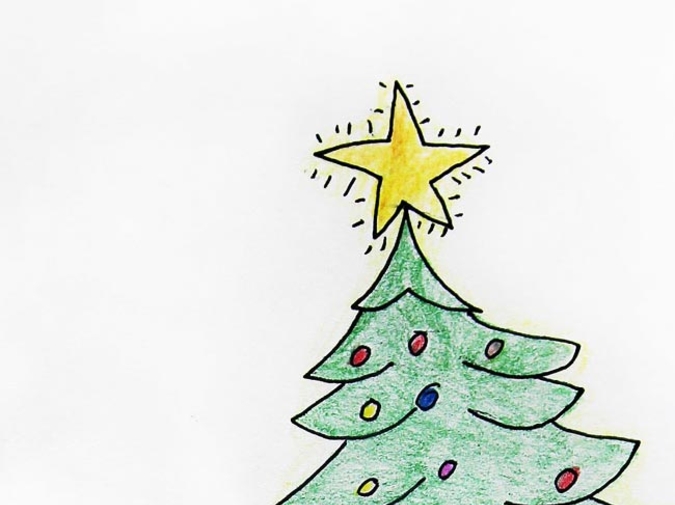 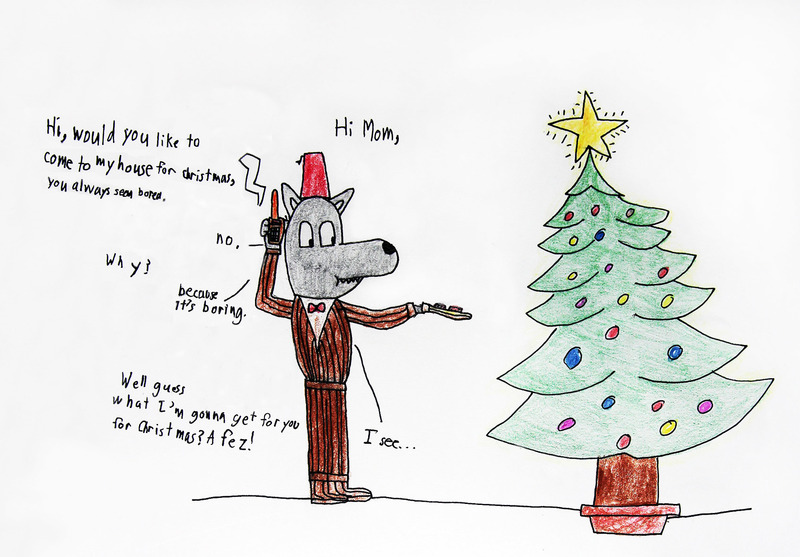 by Lazy Wolf the Poet

Shining lights and beautiful balls,
turning night as darkness crawls.
Down the chimney and by the tree
I’ll say,
eating milk’n cookies
dropping down gifts and drifts away. 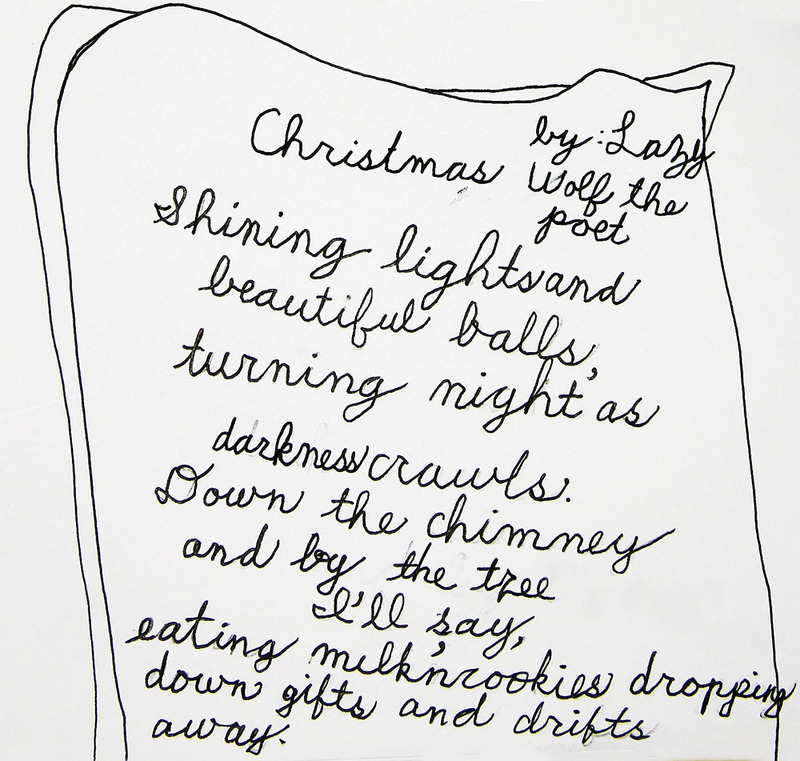