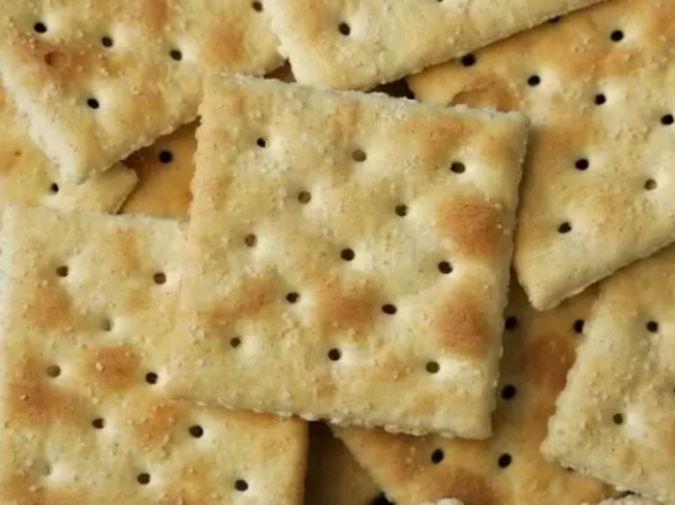 Tricia who wore the shirts with the satiny bows tied just under her chin and the denim skirts that reached her knees (where I saw my first-ever eczema) showed up on Wednesday. She carried a turf colored Jell-O creation in the shape of a bloated doughnut. It shimmied on an aluminum tray like a stomach on the Tilt-A-Whirl. Smiling little chunks of mandarin orange suspended inside the substance against their will. I was in the Little House On The Prairie nightgown because I had scarlet fever. Tricia said that if I took my medicine and downed a Saltine, she would let me look through the last two pages of the Avon catalogue and even pick out a flavor of lip balm all for myself. I could already feel the Saltine splintering between my teeth.

But I didn't feel sick anymore, was the thing. The sweating, capsizing sensation, the kaleidoscope of Muppets I saw square dancing behind my eyelids on that third night when it was legitimately bad, all that had been weeks ago and still everyone brought my mother food. But the fever, my mother said. She lit a Virginia Slims and cracked the bathroom window, her legs crossed, her arm an obtuse angle against the top of the toilet. Wash behind your ears and around your hoo-ha. I slid further down into the water and forced the feeling of Full Float mode. Now you're Ophelia, she said. The woman was smart.

Amber came over the next day with chicken marinaded in ranch dressing and cream-cheese-crab dip smeared on Ritz crackers and boxes of Whitman's chocolates. She and my mom talked about the book of Romans and aerobic exercise and cuticles. I snuck down the back stairs during a tantrum scene on Days Of Our Lives. I squatted in the yard and drew giant circles in the ground with the biggest stick I could find. Then I added a satisfying nipple to each one. I stood up and smeared the outside world from the palms of my hands, straight down my nightgown. The day blistered with the kind of heat that made me want to get a righteous sunburn. I peeked through the living room window where my mother and Amber were frozen in a single cluster of manicures and gin, hands quilted together. I heard the television strike up the soap opera's theme and my mother and Amber saying goddamnit and how will we wait another week over the influx of the commercials. I crept up the back staircase with a box of Saltines stuck against my underwear.

The fridge had become a Jenga stack of donated meals since the fever. My mother had to wedge in the collapsible foil trays and swipe the freezer door shut before anything could fall out.

Every day she starched my nightgowns and every night she replaced the plastic covers over the living room furniture. Everything would be fresh as an after-cigarette breath mint, in case the Lord Jesus showed up unannounced. Marlene came over with a bottle of Beefeater, took a single shot and left the rest as a gift. Vanessa took a can of Ajax to the kitchen sink and scraped out the inside of the stove and put her hand on my mother's shoulder and whispered something Biblical. We're taking it day by day, my mother said.

I sat up in bed, undressed and re-styled each of my Barbies, smooshed their faces together, maybe a committed a little ladytime plasticky humping action. Then I shoved them under the covers, pushing their bodies to the end of the bed with my feet. I could smell the single Flintstone vitamin coming up the stairs, in the center of the repurposed ash tray. My mother came in, dosed me a chewable aspirin that tasted like sidewalk chalk swished inside a glass of dish detergent. Reward, she said, dropping the Betty vite into my palm. She hopscotched her glance over each of her fingernails, one at a time.

It's amazing that all the Saltines are gone but more amazing, still, that your nightgown was full of dirt, my mother said.

I was doing some prayer stuff in the yard and I had to get on my knees to make it more authentic, I said.

Why is your prayer inauthentic, my mother asked.

The gig is up, I guess, I said, dove-tailing my toes between the tiny, rubbery legs and arms.

It's almost like you don't want to get better, my mother said.

It's almost like I have a fever right now and need to lay down and not talk any more, I said. It was fine, though, because Dani from the Tupperware Club was coming over to watch Lifestyles of The Rich and Famous in half an hour.

When I was little, and I was sick, I feared God. She told me again about having her legs in traction from an unfortunate incident with a thick pony named Brandy. My mother ironed everything, even socks. Underwear, too.

Did you fear the devil, though, I asked, my mouth a grit pile of chewables. Did gramma?

She feared making another bloody pot roast, my mother said, as if she were carrying the statement on a slippery tray with the truth of it suspended inside, against its will.

Then Dani was coming through the door downstairs, shouting Loni, I hope you have the Collins glasses ready, mama's looking to do some heavy prayer.

She's early, I said and watched the wry thrill ribbon its way around my mother's face, starting and ending with the teeth.

Alone, I gathered the naked Barbie bodies up to my face and thought about prayer. I pressed their bulbed little breasts to my tongue. From under my pillow I withdrew the cherry flavored Avon lip balm. Reward, I whispered to myself. I smeared the filth of the outside world all over my mouth, suspending the tube just beneath my nose, where I tried, very hard, not to take a single bite.

Grace Campbell is the fiction editor at 5x5 and a founding writer at Black River Press. Right now, she's at home, playing a lot of Tetris. In the past, she's been a June Dodge Fellow at The Mineral School, a Best of The Net Nominee and part of 2019's Best Small Fictions anthology. You can find her work in Joyland, Brevity, Atticus Review, Big Other, Jellyfish, Gravel, New Flash Fiction Review and other places. If you have a spry Corgi, send her pics.