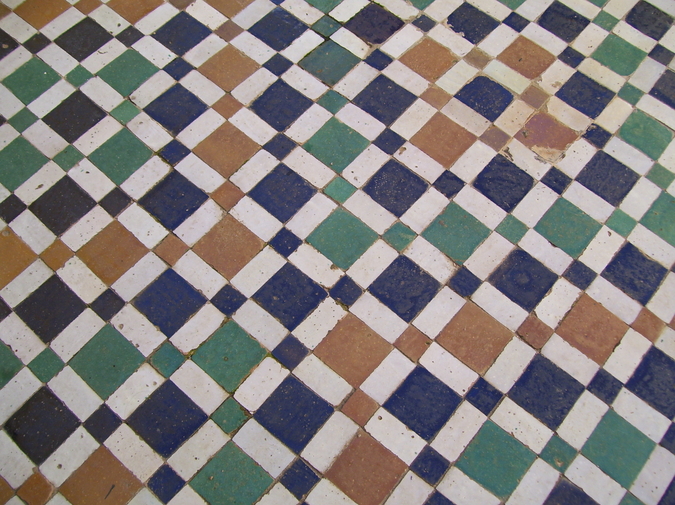 Meknes, Morocco, in March and me trying to teach English while buckling under dreary rains and an even drearier six-month-long forced celibacy. Then, on the train to Fez, Stella.

A stranger, petite, in her late twenties, tan, possibly Moroccan. Thin fingers and chewed nails holding up the flimsy, familiar newsprint of The New York Times. Her curly hair covered the entire upholstered smudge of the headrest.

Me, American schlub across the aisle trying to channel Ethan Hawke from Before Sunrise. “Could I read that when you’re done?”

“Sure. Well, maybe I could read it over your shoulder?”

“The paper. Just read along. To catch-up on news from home.”

“Not interested.” She hiked the paper a few inches up, covering her face.

“This, you, whatever crazy idea you have of you and I becoming an us.”

“Don’t flatter yourself,” I said, turning to the man in the seat beside me. Though he didn’t appear to speak English, he intuited my rejection. Loneliness, like love, is an international language. I pulled my phrasebook out of my front jacket pocket and read the same question ten times in Moroccan Arabic: Kulshi bekhir? Everything ok? The woman in the aisle shifted in her seat, turning her torso towards me.

“Can I help you with something?” I said.

“I’m sorry,” she said. “I’ve been here too long, hit on by half the male population. Fucking hell, it’s exhausting. Accept my apology?”

“Yep. Corn fed, born and raised.” Which wasn’t exactly true. Most of the corn I’d eaten growing up in New Jersey came wrapped around a deep-fried hotdog on a stick. “You’re British?”

“I prefer the Stones.”

She laughed. It sounded nice. Sounded real. “Me too.”

We started sleeping together without ceremony. Met for coffee. Griped about the hassles of living abroad, of living in Morocco. Shared a joy or two. Coffees, couscous dinners, local, cloying Merlots, sex. Both of us alienated, taking advantage of the privileges our culture, our language, granted us, cashing in our linguistic tickets but not without misgivings.

She’d been living in Fez for over a year, weary with worrying that men were only interested in her as a way out of Morocco. An awkward night with a geologist from Spain. Another with a clandestine missionary. Then me. Months of accumulated sexual frustration let loose on my couch in front of the balcony. She rode me, both of us upright, facing not each other but out towards the lights of the medina off my balcony. To keep myself from coming I wondered about the patients in the psyche ward down the street, puttering around in their papery hospital gowns, if they heard us up there, the chorus of animal sounds, or whether the homeless guys sleeping in the empty lot across from us listened to the show, listened or cared.

My level three class noticed my improved mood, my erect posture and sharp enunciation. Stella fumigated the air of desperation that had clung to me, the stale stink of mothballs on a coat left too long in storage. I opened the book—English for You!—for the first time with the enthusiasm the exclamation mark in the title demanded. The unit, fittingly, was about change. I taught them used to.

“We can talk about change in many ways. Can anyone give me an example? Layla?”

“Like, yesterday I was at home. Today, I am at school?”

“Exactly. We can also use used to. Have you studied this before?”

Blank stares. Hamza picked his nose but only I noticed.

Layla’s hand went up. “Teacher like this: you used to be sad but now you’re happy?”

“Perfect. Do you know why?” Anticipation. “I used to be single but now I have a girlfriend.” Laughter, scandalous with a private knowledge that they didn’t expect from a teacher and were rarely granted.

They shared their own transformations: We used to live in the medina. I used to play soccer every day. I thought about my own happily abandoned life: where I used to live, what I used to do, who I used to be. And I felt it, perhaps for the first time—I’d done it. I’d escaped New Jersey, my parents’ explosive and protracted divorce, their only unity expressed in their disapproval of me; my mediocre grades from a middling college; the man-child who had been moping around calling himself me.

“No homework tonight,” I said, welcoming the cheers.

April meant spring which meant summer which meant months of North African sun stretching ahead of us. Stella and I tried to make it work, whatever the it was. We traveled in trains together, to Fez, Rabat, Casa. Sometimes, tentatively, we even held hands.

It ended with her lying naked on my bed. On her stomach, facing the foot of the bed, her thinness highlighting the width of her hips, her breasts flattened out against her elbows. Ankles crossed, feet sticking up in the air. I crawled on top of her and buried my face in her hair. It felt like fighting before it became fucking. With Stella, those words blurred and blended. And after, without fail, the fuck-up.

“I think you’re in love with me, Alex.” It sounded tough, accusatory, a hardboiled actress out of film noir. But I saw in her eyes that she was taking a chance. Opening up. Trying.

“You know I care about you.”

“I care about you? That is some lukewarm shit. Are you serious?”

“You care about a pet hamster or your great-aunt. You care about recycling. You don’t care about someone lying next to you covered in your sweat and full of your come.”

“What’s wrong with caring? Is caring such a bad thing?”

Other letters merged into words in my head, a Scrabble board of indecision: Need and Lust, Compassion and Convenience. Distance. Contact. And, trickiest of all, Love. The words of my language, lined up, on call, waiting to be summoned, only I couldn’t think of way to arrange them that would be honest and coherent and wouldn’t hurt her. Of a sympathetic syntax.

“Here they come,” she lit a Gauloises, perched naked on the end of the bed.

I rubbed the tops of my knuckles. The skin was cracked, dry, reptilian. “What?”

“The walls. The walls of logic and words that you’ve spent years building, like a kid hiding behind a pillow fort. The fucking bullshit that holds them together. Bricks of words and logic with bullshit as the mortar.”

“You’re in your head all day with concepts. I’m not a fucking concept, Alex. I’m a person.”

She turned around to look at me. I looked at her shoulder, trying to think of what to say, not much liking my self, the concept or the person.

“Fuck you. Forget I said anything.” She stood and walked through an inch of dust on my freezing concrete floor. It puffed up, a trail of our combined dander. I heard the shower going, not sure if she was washing to warm up or to remove every trace of me.

“Everything ok?” I asked, knocking on the bathroom door fifteen minutes later. The sound of water running down the drain was her only answer.

Two weeks later, a rainless late April morning, Stella told me she was moving to Spain. “Morocco has worn me out, Alex. You know. I need a change of scenery.”

We were on my balcony, seated beside each other, beside but apart. Neither of us mentioned the possibility of an us, of her staying for me, of me leaving for her, or of an attempt at sustaining long-distance what was clearly failing up close.

We sat in silence watching a homeless man, or a patient escaped from the asylum up the block, walk down the street, tearing himself apart with each step. He tore his clothes off, shredding them, strip by ragged strip. An emaciated Hulk Hogan. He ripped off his shirt, his pants, kicked off his shoes. His scrawny arm seemed too feeble to tear through wool slacks but his hand punched through his pocket. He tore his striped boxers. And that was it. He continued down the street, a pained smile plastered on his face, the remnants of his clothing trailing behind him like cans tied to the car of newly-weds.

I saw little of Stella after that. Our goodbyes were hollow, like we weren’t saying goodbye to each other so much as to a chance we hadn’t taken. And I said hello. Hello to a version of myself I was all too used to, the man I’d been and was and would be—Me.

Kent Kosack is a writer living in Pittsburgh, PA. He has an MFA in Creative Writing from the University of Pittsburgh where he teaches composition and creative writing. His work has been published, or is forthcoming, in Sonora Review, Tin House (Flash Fidelity), the Normal School, Hobart and elsewhere. See more at: www.kentkosack.com