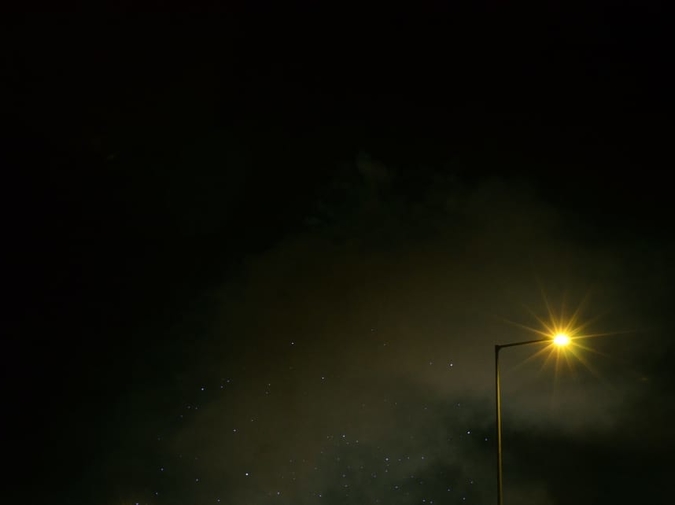 It was a problem I had to solve.

I was in my third year of high school and I felt apocalyptic. Mine was a violent kind of nihilism. I spent a lot of time seething.

That spring we were reading Poe in English class, and when we got to “The Tell-Tale Heart” it was Nora’s heart I imagined beating below the floorboards. I’d read it in middle school, but the second time around it seemed to carry a new weight. I remembered it as a story about one dude chopping up another dude. But by junior year it was a commentary on human nature, on the size and shape of madness.

I raised my hand and said this out loud.

No one raised their hand. Carmen Santos turned to look at me. Mick Bender and his pack of juiced-up pigskin cronies whispered and giggled. I went back to doodling Dustin’s initials into the margins of my notebook, where a ladybug landed with purpose. I squashed it with my palm and wiped its guts on the bottom of my chair.

I wanted them all to suffer. I wanted to burn it all down.

Also—and this is something I did not admit to myself until I was much older—I wanted to be hot. At least, I wanted to know what hot felt like. If only for a little while. I despised the pecking order, but I wanted to see what life was like at the top of it. I wanted the pretty girls to laugh at my jokes and whisper in my ear. I wanted to come to the kegger after the football game, to feel beer in my brain and Dustin’s groping hand up my shirt.

How I yearned for Dustin Maloney. He rode a motorcycle to school, even in the winter. He’d come to class late and high, and leave after sixth period, engine roaring, Nora perched on the back fender, clinging to him like a beautiful blond bur. I hated her more than I was able to express in words.

At night I’d lie awake in bed and imagine myself pregnant with his child. I’d arrange my face into a mask of reposed elegance: my eyes closed softly but beautifully, my hands folded over our imaginary floating embryo. I’d pretend that Dustin was watching me sleep, tucking an errant strand of hair behind my ear, kissing my cheek softly, so as not to wake me.

I had only one friend in my life, Beatrice Childers, and eyes wide she told me that her older brother said Dustin had been to juvie. “Juvie!” she said, like it was forbidden, or cursed.

Juvenile detention. Was there anything more exotic in my child mind? A hardened criminal, a man who had seen things. But I was convinced that underneath that gruff exterior there was a heart of gold, and I would be the one to mine it out. I would chip away at his quartz rock walls and sift out the treasure that I knew was hidden within. I just had to get him to notice me first.

Karina friended Dustin on a rainy night in late April. Preferring privacy, I took some pizza rolls up to my room and locked the door, yelling to my mother that I was studying and to please not bother me. Not that she would have, having surely swallowed enough benzodiazepine to knock her out for the night.

Dustin’s profile didn’t give me nearly enough. Anything I found there had been posted by other people (all of whom I researched extensively), and they were mostly inside jokes, obscure references I couldn’t decipher. One post, written by a bald man with a pockmarked face who appeared to be in his thirties, said only: “Toadstool.” Dustin had liked it.

There were a small handful of photos, only one good enough for me to print out and carry around. The others were group shots or candids, grainy, dark photographs in which Dustin was only a head, an afterthought turning away from the camera.

But one post was a dagger in my heart: that fucking smiley face.

Here’s what I knew about Nora Oliver: She went to Northridge, but there were rumors that she’d dropped out and was getting a GED. She worked Tuesday and Wednesday afternoons at the hardware store in the strip mall. I’d go there sometimes and pretend I wasn’t watching her.

My hatred for her was visceral, pulverizing, but I also knew we’d have a lot in common. Not physically. But if you were to trace our demeanors onto a piece of paper they would have been the same shape. She was quiet, withdrawn, unaffected. She didn’t speak until spoken to, and when she did speak it was nothing special. I don’t recall ever hearing her string together more than three syllables at a time. I never once heard her laugh.

After the smiley face, I was determined to find out.

If Dustin Maloney didn’t notice me, Nora noticed me even less. But she didn’t really seem to notice anyone, so it was a surprise to see her posting on Dustin’s wall, communicating with him in such a public forum. A simple smiley face. Not an emoji—Dustin and Nora were not emoji people—just a colon in front of a closed parenthesis.

I had never seen her smile in real life—what could have made her smile online? What could it mean?

There was only one answer: they fucked. They fucked and it was her first time (though not his) and it wasn’t fucking so much as it was making love. I was distraught. I lost my appetite and failed a midterm because when I tried to study I couldn’t read the words on the page. I’d lay awake for hours, staring at the ceiling, trying not to imagine Dustin and Nora, limbs entwined, bodies perspiring, faces contorted in ecstasy. I’d finally get myself to sleep by imagining him at my bedside, holding my hand and wiping away subtle tears while softly speaking to the doctors about my serious but not at all disfiguring illness, one from which I would recover, so that we could live out the rest of our days. Together. Happy.

Watching Nora became something of a habit after the smiley face. I’d sit in the car outside her house after dark, when she was getting ready for bed. I wanted to catch her doing something human. Combing her hair, brushing her teeth, fixing an overnight maxi-pad to the crotch of her underwear. I wanted to know that she wore underwear. It upset me to think that she might not.

Then I’d go home and fantasize about Dustin. I’d ease the car into the driveway, slide through the side door, and slink up to my room. Once I was in my bed I’d forget all about Nora, that slut. She was gone completely, and it was just me and imaginary Dustin, huddling close in my bed, fighting off the dark and stormy world.

I messaged him on a Sunday night.  By then Karina had three hundred and six friends—but Dustin was not one of them. He’d never accepted her request, a fact I chocked up to ambivalence. She’d posted a little bit but not too much (benign but not boring anecdotes about her day, food she ate, the guy who ditched her in line at the bank, frustrations with weather and traffic), and she was ready to snake her man.

My message said this: “Cute pics :)” I used the same smiley Nora used. No emoji.

By Tuesday morning I had received no response. I was full of regret and shame. Why had I sent a message about pictures when there were no pictures of him on his page? Why hadn’t I asked him a question about school? Or about juvie?! Or literally anything else?!

By Thursday I was in a full-blown depression. Bea noticed, of course. “What’s up with you?” she asked me that day at lunch. She was eating a stick of string cheese, and one of its fine hairs was dangling from her chin, wiggling as she spoke.

“What do you mean?” I replied, my voice even.

She thought about it. “Distracted.”

“Is this because I can’t study tomorrow?” I told her I had plans, which I am sure she did not believe. But I didn’t care. I didn’t want to do anything but wait for my lover’s reply.

We were quiet then. I returned to the peanut butter and jelly I’d prepared myself that morning, and she let a heavy moment pass before she said, “You can tell me, you know. If there’s something.”

She sounded so genuine I couldn’t bring myself to meet her eyes. I felt a sharp stab of shame. “I know,” I said, and that was the end of it. I never did tell her about the cheese on her chin.

The unread message festered like the exposed flesh of my heart. I could not get it off my mind. Every day without a response was worse than the last. I was desperate. I longed for an explanation, then wrote the whole thing off as a misunderstanding. I forgave him, then retracted that forgiveness. I spent hours in my room sobbing, pacing the carpet and imagining that the next minute would be the minute my message was marked as read. That minute never came. Dustin didn’t care for Karina, and he didn’t care for me.

I needed a new approach.

As the sun set on the seventh day I parked my car right in front of Nora’s house, ignoring my usual half-block buffer. I shut off the engine and the lights and I waited for motion. For movement.

Half hour later, her bedroom light flickered on.

I got out of the car. The asphalt was soft under my tennis shoes and a spring mist surrounded me, damping the sound of my closing door.

As I walked up her driveway I looked for traces of Dustin in the pavement—a cigarette smudge, a loogie, any sign of him at all, but there were none.

Nora’s light burned upstairs, the only one on in the house. I crept up the sidewalk, taking care not to leave footprints in the grass.

There was no motion light outside. The front door was unlocked, and before I knew it I was standing in the living room of my nemesis. It smelled sour, stagnant.

It looked like a rental property in there. Like maybe she lived with her single dad. I didn’t see any family photos or comforts of home. The only furniture was a recliner, a futon, and a cheap flat screen TV tottering on a metal filing cabinet. A scratchy woolen blanket hunched on the floor next to the chair.

My body carried me upstairs. I held on to the handrail, thinking about nothing and no one as I crept, following only the thumping of Nora’s beating heart.

Caroline Knecht is a Cleveland-based writer with fiction previously published in Stirring: A Literary Collection.