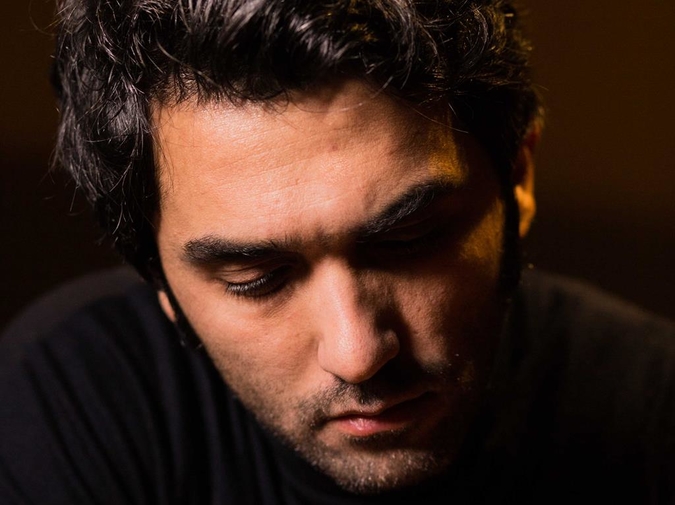 I saw Jim Jarmusch yesterday. The same American director who made Paterson, Dead Man, Broken Flowers, and many other movies. It was an afternoon in the middle of the week. Grand Central was as crowded as ever. I was on my way to Metro Line 5 for a writing review session downtown. Suddenly, in the middle of the crowd, I saw him approaching from ten or twenty feet away. I usually don’t notice celebrities. Probably because I'm not very interested in seeing them. I think it's better for them to stay on the pages of magazines and cinema screens. But that day, when I saw Jim Jarmusch, I froze. It wasn't hard to recognize him: tall, with puffy white hair spread in the air, a long, bony face, and a wide forehead. It seemed that there couldn’t be more than one person in the world like that. I had always followed his work. He is one of those independent directors who has always followed his own passions, and that's exactly what I loved about him. Now he was coming towards me with his own feet. I couldn’t miss the opportunity.

That day, as it often was, my camera hung from my shoulder. As soon as I saw Jim Jarmusch, unconsciously, I took up my gun like a hunter spotting easy prey in front of him. I brought the camera up. I prepared the lens and aimed. I don't exactly know why I did that. Maybe it was a natural reaction to seeing my favorite artist, a sign of interest in the situation. Anyone would record a moment of reality they wanted to have evidence so that tomorrow, they might tell it to others, or maybe to themselves when they no longer trusted their memories.

He got closer. He was no more than three or four steps away when I hesitated. My index finger froze on the shutter button. Why did I have to take a picture? ‌ He came and passed me shoulder to shoulder. I stopped.

I have been doing street photography for a long time. It is a kind of photography that might be defined as recording a bunch of sudden events in the heart of everyday life, putting several elements in a frame that you imagine in your mind, and then pressing the shutter button. Accident plays a big role in it, and it is usually necessary to be ready, sharp, and meticulous. It is different from landscape photography because it's not just about beauty anymore. The subject is communication, a connection that can be lost in one-hundredth of a second. That's why they named it the decisive moment. But why couldn’t I measure the decisive moment Jim Jarmusch was coming towards me with his own feet?

I turned as I stood. I got up on my toes and looked furtively. He wasn't that far away yet. Maybe thirty or forty meters. Something was telling me I shouldn't miss this. I started walking.

Jim Jarmusch walked down a long sloping corridor to subway line 7. I made my steps faster. I walked in zigzags and overtook other people so as not to lose him. People flooded in two opposite directions, but his white, long, straight hair helped me to keep track of him. I got closer. I was no more than ten steps away. Jim Jarmusch reached the entrance of the line, and I was behind him. Three or four people stood in front of us, swiping MetroCards to cross the gate. Jim Jarmusch was the last. I slowed down. I didn't want to get too close. But why? Wasn’t it what I came here for? ‌It was his turn. He swiped and passed. I looked at my watch. I knew that if I went on, I might be late for my meeting. Was it worth it? Wasn't this enough?

I saw his uniform white hair on the other side of the gate going down the stairs. I swiped the card. I pushed two or three people away and went down the stairs to the platform itself. It was secluded and the train had just left. Ten or twenty people stood around. Was he gone? I walked a few steps back and forth. On the yellow line at the edge of the platform, a tall man was stood. It was him. I stopped. We were no more than three or four steps away. I could hear my heart beating. I looked at the screen.

I had enough time to go and talk to him. I had no excuse. But what should I tell him? I took a deep breath. Is it easier to say the right thing or to say what we want? That I loved Jim Jarmusch, and the reason I loved him was a very personal matter, so personal that I didn't even know why.

I tried to control myself. I thought I'd better say, “Hi, how are you? This is Ali.”

And I would smile. Then he’d look at me in surprise and nod his head. "Fine, thank you. How can I help you?"

And then I would tell him, "Hmm... I like you very much. I admire your movies."

Then politely and shyly, I would look into his eyes to see what happens.

It was a childish thought, like that of a high school kid who falls in love with a celebrity. He would think to himself that one of these cinema fans has come again! I was ashamed of my age. I was surprised by the failure of the phrase “I like you” or “I admire you.” What did I mean by "I like you?" How close was it to what I had in my head? It was different. It wasn't perfect.

Maybe I'd better talk to him about one of his movies. Like "I think your last work is..." and he’d listen to me for a few minutes, give me a polite thank you, and said, "Really? You think so? I appreciate it. Good luck, son!”

I was not a film critic. My personal opinion wouldn’t matter to anyone but myself, not to Jim Jarmusch. So why should I tell him that?

It was better, but that's what everyone does, taking pictures with people, objects, and places. We would stand on a beautiful corner of the frame and then press the button... click! I took a step or two closer. He was still standing on the line with his back to me, his head in his phone. I stopped. I had never understood the meaning of photos with important people or beautiful landscapes. Wasn't taking a picture with Jim Jarmusch like taking a selfie in a landscape? I would probably put it on Facebook or Instagram and caption it "Jim Jarmusch and I." Well, all my friends know Jim Jarmusch. They know me as well. But what does the composition of these two together in one frame mean? It’s like taking a photo with a high-end car or standing next to the Mona Lisa in the Louvre. "Oh, don't just see her beauty, I'm part of this beauty, too!" I looked at the screen above my head again.

I didn't have much time. I had to do something. The director I loved stood right in front of me, one step away. Such chances happen to a person once in a million years. I’d always admired him, the way he looked, the angle of his camera.

I just didn’t know how similar the person behind the camera was to the person standing here.

Was it really him? I'd better ask first.

"Hi, are you Jim Jarmusch?" I could say.

But why didn't anyone else notice his presence? Was I fantasizing? It is said that, “we see exactly what we like to see, the same people, the same situations and places.” Maybe I was daydreaming. No. No, it was him. At least I wanted it to be. What if he said, "No, sir, you mistook me for someone else?"

I was scared. I was afraid of something going wrong. I gave up. I had to protect my imagination. I shouldn't let anyone ruin it. Not even Jim Jarmusch himself.

The sound of a loud beep brought me to my senses.

“The train is now arriving. Stay away from the platform.”

The bright lights of the train illuminated the black tunnel of the station. People stepped back from the platform. The train slowed down. It stopped. The doors opened. Crowds flocked and hustled. The tall man waited to get on, facing the train back to me. I knew I wasn't going to follow him anymore. My heartbeat returned to normal. I stood quietly on the platform, behind the yellow line. The wagon was almost full when the man got on. He stood near the entrance. I saw his face behind the window. He reached for one of the bars above him, and put down his head.

The bell rang. The doors closed. I was no longer waiting for anything. The train left. The man raised his head. Our eyes met. One second, two, three. Our gazes got locked. The train accelerated. The man went away. Jim Jarmusch went away. So far that both disappeared into the blackness of the tunnel.

Ali Motamedi is an Iranian-American emerging writer and photographer who started the art journey in his early thirties. His work focuses on city life, travel, immigration, and self identity. His book which includes 20 essays on 8 years of living as an immigrant in the U.S. was published in January 2019. He has also written essays and short stories for Iranian-American monthly and seasonal magazines.

He has a PhD in Civil Engineering and has taken technical courses at the School of Visual Arts and the International Center of Photography in New York City. His photography works were displayed in several group exhibitions, including at the Silk Road Art Gallery and Sales Gallery in Tehran. Since 2017, he has contributed as a volunteer photographer to several organizations and agencies including Red Cross America and ACAW (Asia Contemporary Art Week).