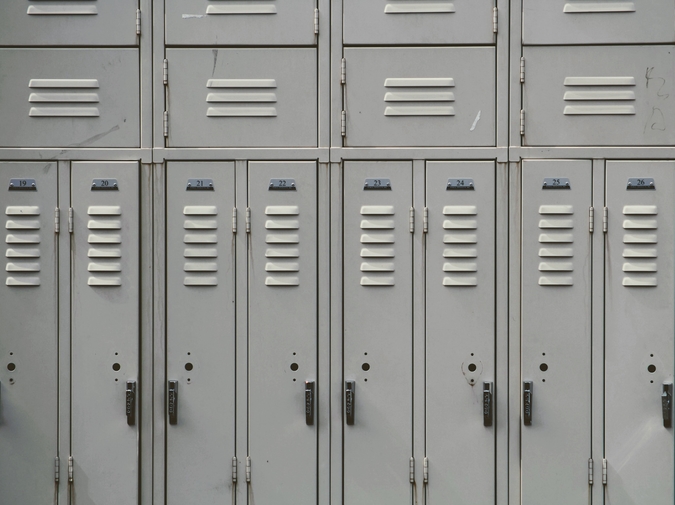 The high school kids are really dead
when I come in to speak. Later
they congratulate me for getting them
to wake up and I say I get it; most
grown-ups think they’re dumb, or want
to make them afraid of everything. They ask
what’s my dirtiest poem and I read them
the one about fucking Josey on the kitchen
floor, more of a poem about aging, middle
aged women, but really, can’t it be both?
We talk about meter and Yuqi, a smart ass,
my favorite kind of ass and kid, asks
where the accent falls in “gonorrhea.”
So I write it on the board, remembering
the extra R, and mark the stresses, write
some quick lines: and gonorrhea’s really not
so bad/antibiotics can clear it up in a jif.
They write their own lines, an alabaster dog,
a peach, some igloo murders, corner store.
During the Q&A one starts to ask if I’ve
had gonorrhea, then gets shy, realizes
she doesn’t really want to know. Sweet
kids, learning the limits, learning what rules
are, which ones to break and how to play. So I say
you want to ask if I’ve ever had gonorrhea?
And I turn to the board, mark out the stresses:
not yet, not yet, not yet!

I find out Josey has nicknames for all my nightgowns
when I am packing for a trip and she says Are you
bringing Bearclaw Asshole? Holly Hobby, Italian
Widow, Rich Lady Tie Dye, and her favorite, Natalie
Wood Before the Boat Ride. She calls my hometown
grocery store Bric-a-Brac and I know she means
Ingle’s. Bric-a-Brac, the universal vessels Thing-Town,
Hoo-Ha, and Meow-Meow, which she got from my
sister, Susan. Susan says Meow-Meow, and Bad News
Bears. In Josey, a man with power who’s an asshole
about it is a dickhead doo-dah.  A destination is a blah
-blah: we’re going over to the blah-blah. These place
holders have made me laugh; not at her, never at her—
everything she does is a wonder, she’s a miracle just
like she is. But I’m getting forgetful sometimes, need
a thing-town, a dude-guy, whatever to get me to the place.

Jill McDonough’s books of poems include Here All Night (Alice James, 2019), Reaper (Alice James, 2017), Where You Live (Salt, 2012), and Habeas Corpus (Salt, 2008). The recipient of three Pushcart prizes and fellowships from the Lannan Foundation, the NEA, the NYPL’s Cullman Center for Scholars and Writers, the FAWC, and Stanford’s Stegner program, her work appears in The Threepenny Review and Best American Poetry. She teaches in the MFA program at UMass-Boston and offers College Reading and Writing in Boston jails. Her website is jillmcdonough.com; there is a page there that's just poems about Josey, who has been in love with Jill since May 2, 1999.