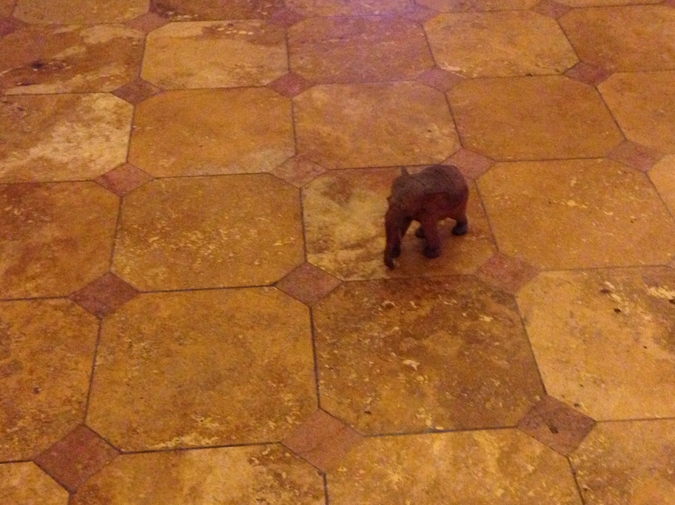 Today we've got an interview...kind of, with Hobart 15 contributor Jefferson Navicky.

An interview with Jefferson Navicky by Rasheed Karma

Rasheed Karma: I heard a rumor circulating the World Wide Web that you really love The Courtyard Marriott.

Jefferson Navicky: No, that’s not true. Who told you that? How did you hear that?

JN: Okay, I do stay at the Courtyard Marriott sometimes, but I don’t like them! Well, maybe I like them just a little.

RK: Why do you stay at the Courtyard?

JN: Because the Courtyard Marriott Love has been passed down to me from my parents, and besides, they give me their Rewards Number and pay for the room when my wife and I drive from Maine to Ohio and stay in Altoona or Wilkes-Barre or wherever, Pennsylvania.

RK: Do you find it a little funny that an almost forty-year old man still uses his parents’ Rewards Number?

JN: What are you hinting at?

JN: You make it sound like there’s just one!

JN: Well, isn’t that the beauty of it? Just kidding, actually, that makes it kinda creepy. But anyway, my favorite part? Let’s see…

RK: Do you like their kale and chicken and quinoa salad?

JN: Oh, I never get that. That chicken is narsty. But they’ve got good egg sandwiches, damn good.

JN: Hey, I like my egg sandwiches. Gimme a break.

JN: Naw, too much chlorine and every time I walk by, there are too many little shits in the pool, wreaking havoc.

JN: Not real turds. Unsupervised hellions that jump in with big blow-up tubes and splash the hell out of you.

RK: I see. Do you like the exercise room?

JN: My wife does. She loves all the treadmills. I think it’s kinda like walking in a funny-smelling metallic box, but she goes at it. Back home, about as high tech as we get is a toaster. So turn her loose on one of those spaceship treadmills, and she goes hog-wild.

RK: I bet you love the television, too. I bet you watch a lot of trashy TV in your little room.

JN: Oh yeah, definitely. But that’s only when we can actually settle on a room. Usually it takes us about three tries to get a room we like. They often smell really weird. I remember one of them smelled like somebody’d just vomited in there and then put a heater on it.

JN: Yeah, it was. But once we finally get a room, we watch some seriously crap TV. Or we try to. Usually we just flip the channels.

RK: So maybe flipping the channels on the TV is your favorite part?

JN: No, that usually gives me a headache. But you know what my favorite part is, my favorite part of the Courtyard is when we’ve been driving for, like, nine hours and it’s nine-thirty at night on the 4th of July and fireworks are going off everywhere along the highway outside Wilkes-Barre like you’re driving through a fire-fight or something (not that I’d know) and we get to the Courtyard and I’ve got a headache and I’m cranky and my wife is hoping I don’t have a melt down and we’ve tried three different rooms before we find one that’s okay, and then we go down to the bar (which is still open!), but the bar’s more like a Dunkin’ Donuts with booze but whatever, and we order two scotches for eighteen bucks each and an order of edamame and we sit in a booth with a TV that doesn’t turn off and that’s playing Sportcenter nonstop and we just sit there, drink our scotches, and hold hands.

JN: Yeah, it is. That’s my favorite part.

Rasheed Karma is made-up, but a nice guy.

Jefferson Navicky was born in Chicago and grew up in Southeast Ohio. He earned degrees from Denison University and Naropa University. Recent work has appeared in Birkensnake, The Cafe Review, Smokelong Quarterly, The Boston Theater Marathon and The Journal of Experimental Fiction 2014 Anthology. He teaches English at Southern Maine Community College, and lives in Portland with his wife, Sarah.