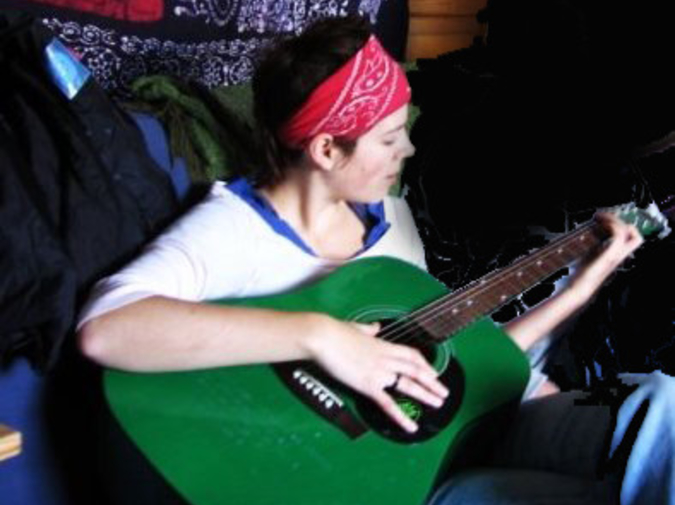 I’m at Guitar Center to buy a Fender. I run through the metal heads doing their best Guitar Hero impressions to the only white Telecaster hanging on the wall. I place it on the counter to pay, not even strumming it once.

“So why this one?” the sales clerk asks.

“What?” He inspects the neck.

“It’s a record by Jeff Buckley. One of my favorites.”

“Yeah, I heard ‘Night Flight’ when I was drinking PBR at my buddy’s house.” The song is so simple.

One man. One voice. One Telecaster. One cafe.

But the sound is inspirational. It has so much heart. Goosebumps come over me, like the first time I heard Abbey Road. Every time.

My eyes get wide. “I know! He’s not some background guitarist you ignore at Potbellys. No. This man has a presence that demands to be heard. He’s the show at this small cafe, while the pastries take a vacation.”

He begins cleaning the guitar. “It’s that good?”

“Oh, it’s unbelievable! I play the rest of the CD that night. You feel like you’re sitting in a cafe, while Jeff weaves in and out of every music genre. Jazz, Rock, Grunge, R&B, Blues, French Love songs, if it has rhythm he plays it. I mean at one point the crowd laughs as he begins an Eastern Pakistani song. This man does not speak the language, yet he nails the pronunciation FLAWLESSLY. By the end of the song, the crowd cheers so loud you can’t even hear Jeff talk over his mic.”

I point down at the guitar. “It’s why I have to buy this white telecaster. It’s the least I can do for the man.”

He sets the guitar down. “Well, I guess I’ll have to listen.”

Darby Cashed lives in Chicago, Illinois and currently hides in a bathroom stall from his boss. He’s attended the prestigious Dallas Writers Workshop, and his short stories can be found in Hobart and on his blog: Marbletulips.com. He hopes one day to see his name in the stars, so he can brag at his high school reunion.