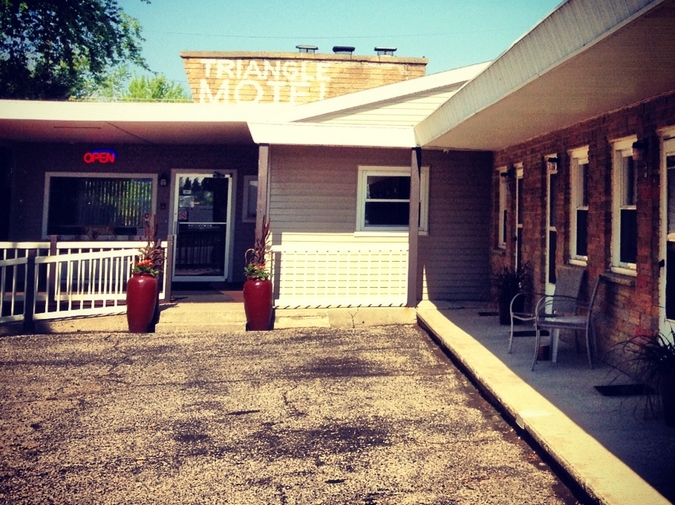 Yesterday my mom called me up and asked me to buy her cigarettes. I told her no and hung up. Five minutes later she called back and repeated the request. This time I told her that she didn’t need cigarettes because she quit smoking. This upset her, as if quitting smoking was awful news. She told me she didn’t believe me. She called me a liar and hung up. It took ten minutes before she called back again.

“Hello Mom, this is your son.”

“Listen, I need you to take me to the store.”

“We went to the store yesterday. What do you need now?”

Except for static tickling the connection it was silent. Was she trying to think up something else she needed besides cigarettes? Did she wonder how I knew? Had she already forgotten why she called?

“I got this letter from the DMV,” she told me. “You know I can’t drive anymore.”

“I just need some things and if you can’t take me I don’t know what I’ll do.”

“You could take the bus.” Not that long ago she used to take the bus, but her dementia turned the schedule into an unsolvable puzzle, and she complained that the bounciness made her hip hurt.

I felt her sigh through the phone line, so heavy it transcended time and space and traveled through the wires.

I did the mental math, trying to decide if the hour driving through traffic would take less time than answering the phone as she called up and asked the same question over and over.

“Okay mom, I’ll take you to the store. Write it down so you don’t forget.”

“Write it down, please.”

“Write down that I’m going to take you to the store. Today, in like an hour.”

“Put the note near the phone, and I’ll see you in a little bit.”

We hung up and I continued with my kitchen chores, loading the dishwasher, taking out the compost. After a few minutes the phone rang again.

“Hello, this is your mom. Are you taking me to the store today? I found this note that said Store Today, but I’m not sure when today is. Is it today right now?”

“Write it down and read it back to me.”

“What should I write?”

“Okay, I got it. It says Store Today, it’s today right now.”

“Alright mom, put the note near the phone and I’ll see you in a little bit. Don’t forget.”

“Did I mention that I need cigarettes?”

“Sometimes it’s good to forget things,” I told her, even though I didn’t really believe it. Or maybe I did.

The problem was forgetting the things we actually wanted to forget.

J.D. Hager spends his days working undercover as a middle school science teacher, and his sleepless nights scribbling stories on sticky notes. He is a past winner of the Book Shop Santa Cruz Short Story Contest, and his fiction has appeared in Bartleby Snopes, Jersey Devil Press, Cease Cows, East of the Web, and other places too. He lives in Northern California with one wife and two dogs. Find him at jdhager.com.