It's Over Before You Know It 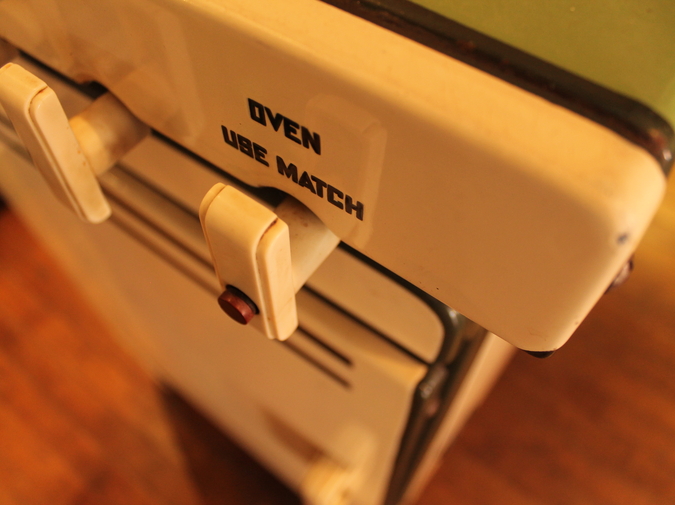 Last week, my birthday passed without time to celebrate. No cake, no party. I’ve been working a lot.  My daughter refuses to believe I’m a year older because I didn’t blow out any candles.

Still in this, my last forties-year, I do wonder about time–the way it passes without me realizing it, how much I’ve wasted by focusing on the wrong things or the wrong people or the wrong landscapes.

“It’s over before you know it,” my father used to say about living.

“Patience, jackass.” My father used to say that, too.

Every year for my birthday, my mother would make my favorite cake–red devil’s food with maple frosting. It’s a difficult recipe, at least that’s what she always said.

“Can’t you pick something else?” she’d say, and sigh.

“For Christ’s sake, do not stomp in the kitchen,” she’d say when the cake was in the oven. “This one’s sensitive.”

“We’ll see if it comes out this year,” she’d say every year, though every year it would come out just fine.

I’m not sure what the fuss was about, except that the recipe came from my grandmother, who was notorious for leaving out ingredients so no one could duplicate her recipes, which meant no one could ever replace her.

“It’s about immortality,” I said the other night to my friend, Ed. We weren’t talking about recipes. We were talking about writers, why some people wrote so many books.

“People shouldn’t write so much,” he said, but I disagree. I think writers  should write as much as they can. Not because it makes them immortal, not because, as Ed would say, they’d be trying “to write for the ages,” but because writing is work and it’s what we’re made to do. It gives us purpose. It’s useful.

It says, “I was here. Maybe this life mattered a little.”

Maybe, sometimes, it does what a good recipe does. It goes on feeding people.

Here’s my grandmother’s recipe for that cake, exactly as my mother typed it out on the typewriter she and my father gave me when I was in 8th grade. I still have the typewriter. It was the greatest gift I ever received because it meant my parents believed in me and what I loved.

My mother typed recipe as Receipt, which is right, I think–recipe as proof of an exchange, a transaction between generations.

But it’s the vagueness–cream good, plus a little more, sift 3 times–that bugs me.  It sounds like magic, like something I’d learned in New Orleans when I visited the Voodoo Museum and put a wish in a tree stump. I wrote the wish on an index card, a recipe card. I used a tiny pencil stub.

I made two wishes, actually.

I put these wishes, with all their seriousness, into a fake plastic tree stump in a shop full of voodoo-doll key chains, sandwich-bagged potions, and dead snakes floating in jars of formaldehyde. It was all a joke, but it wasn’t.

I was sad. My father was dying.

I wished him a good death although I knew there was no such thing. I wished for happiness, but I’d hung a quote by Colette above my writing workspace. “Who said you should be happy? Do your work.”

This was a few months before I turned 35. I was floating in my own little jar.

I was home that year for my birthday. My father would die two weeks later, my mother five years after that. My father hadn’t been eating much.  Still, we were a family that believed in things, so my mother made the red devil’s food cake.

“For Christ’s sake, don’t stomp,” she said, but she sounded exhausted. She’d been taking care of my father for a long time.  I’d moved home to help with the end. People called me a good daughter.

As for the cake, it came out fine. My mother lined it with candles.

“We’ll count in fives,” she said, and put seven candles on top. “We don’t want to burn the house down.”

My father got up from his rented hospital bed. He walked to the kitchen. He sat in his chair at the far end of the table. He asked for a piece of cake. A big piece.

“Delicious,” he said, though he ate only a few bites.

This is my last memory of my father, fully conscious, his knit cap pulled low over his forehead, even so close to death embarrassed by what cancer had done to his hair.

“Here’s to happiness, sweetheart,” he said and raised his fork in a toast.

Lori Jakiela is the author of two memoirs, Miss New York Has Everything and The Bridge to Take When Things Get Serious, and a poetry collection, Spot the Terrorist. Her essays have been published in The New York Times, Brevity, River Teeth, The Washington Post and elsewhere.