It's Going to Be Okay, I Love You 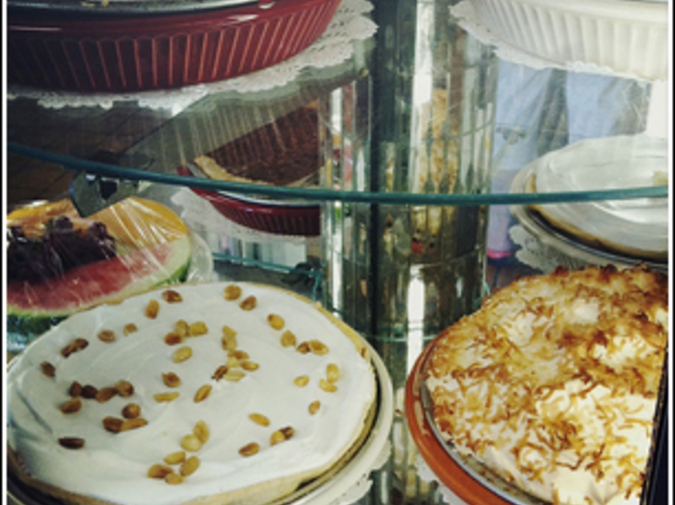 The first time I got in trouble for telling the truth it was a Monday when I was seven and my teacher asked us what we had done over the weekend. I told her that I’d spend it in bed with my dad with no pants on watching cop shows. I was taken out of lunch to the principal’s office and then taken out of school by my mother who pulled my hair all the way to the car and told me she was going to take an ice pick to my father’s balls. We drove there with her screaming the whole time and when we got to his apartment she kicked his door so hard that the neighbor came out and yelled at her and she yelled back at him and then I started yelling because I didn’t know what else to do. Her and my father yelled at each other some more and she called him a sorryass, sickass motherfucker, and told him he’d never see me again, and the whole time they were screaming I just wanted to take off my pants and get in his bed and watch cop shows.

Driving home my mother kept asking me what he did to me—what did that bastard do to you—and I had no idea what the question meant, and she took my silence for lying. The truth was exactly what I’d already said—we watched television in our underwear together—but it wasn’t seeming to suffice. So I told her some other things, that we’d had a marshmallow-eating contest and a tickle fight followed by a hold-your-pee contest, and that seemed to satisfy her, and then I wasn’t allowed to see my dad for a long time and I hated everything, and especially lying, and especially my mother, for teaching me how to lie.

The next time I got in trouble for telling the truth I was eleven and my sister was sixteen and getting ready to go on a date. She was spraying perfume behind her knees and asking me how she looked. I told her she looked like a dumb whore, and she threw the perfume bottle at my head. I ducked and it hit the lamp, which fell and shattered. My mother blamed me for the lamp and made me suck a Brillo pad until I vomited.

The last time I got in trouble for telling the truth was a few weeks ago when I went to give my dad, who has since lived in many different apartments, a bunch of money I had made playing poker. We sat in the main room, which was a combination living/dining room, and shared a beer. He asked me where I got the money and I told him that I won it playing cards. He banged his fist on the glass-topped table, which I noticed at that moment because of how the glass sounded when his fist came down, and how it popped, slightly, out of place, was patio furniture, and said goddamnit. Just take your goddamn money and go do something worthwhile with yourself. That really stung because I had done something worthwhile with myself—I had won a poker game. I left the money, and I left the apartment, feeling again that I should have lied and said that I made the money bartending or mowing lawns.

Now I am nervous most of the time. The man I’m in a relationship with keeps asking me what’s wrong. I’m pregnant, I say, but not to him. I don’t tell him. If he knew he would leave me, which is why I’m nervous most of the time. I eat pints of ice cream and throw up and tell him that I think I’m getting allergic to dairy, and then I eat a lot of Chinese food and give him playful greasy kisses and make jokes about “plumping up.” When we’re sitting on the couch together I entertain him by pulling the neckline of my shirts down low and shaking my enormous tits at him. I figure we will deal with the truth when the truth comes, in the form of a baby, and until then I will continue lying as best I can. The baby will come and he will probably say, why didn’t you tell me? How could you not tell me? And I’ll be able to point to specific instances in my life when I told the truth and was punished. If he punishes me by leaving, whether because of the baby or because I lied about the baby, then I will have to start my life over again, I think.

I’m getting bigger, feeling beastly. I look at myself and think “mammal.” I wear big shirts. I stand behind the kitchen counter to cook and I sit down a lot and I hold things to my midsection when he’s around. We have sex from behind in the dark. My man is overweight and a little bald and has a good job as an electrician’s assistant. He’s not much of an asker. We might be happy.