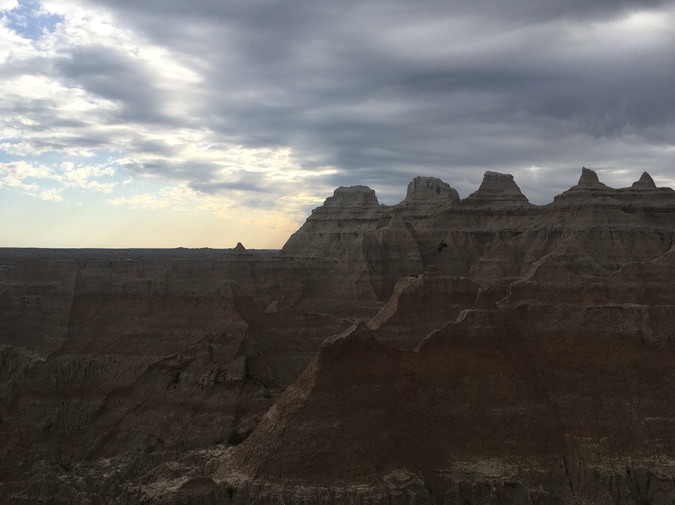 Rainy afternoon at camp. All the bleachers had been dragged under the pavilion and arranged like a gladiator pit, and in the center was a wool blanket. Under the blanket was a person. Two of our muscly and gorgeous counselors—Craig and Mira—paced, waiting for our attention. They held their coyote hands aloft and stared us down.

“Kitkat, do you hear us?” Mira said to the blanket. From beneath its woolen depths came the muffled voice of our head counselor.

“Do you know why you’re under a blanket?” Mira said.

“Perfect,” Craig said, grinning. A ripple went through the crowd, a collective eye widening. Kitkat was older than the other counselors, twenty maybe, an impossible age. A new level of adulthood. When she joined our soccer games, the games were quieter. It was hard to imagine her smelling bad. There she was, huddled at our feet, and her confusion was our confusion.

“Are we ready for a little game?” Craig asked the campers.

“I said Are! We! Ready!” Craig bellowed.

Mira began. In the theatrical voice our counselors used for their fireside testimonies, Mira addressed the blanket.

“You’re in the desert, Kitkat. You’ve been wandering for days, and the heat, Kitkat, it’s killing you. If you could remove one item from yourself, what would it be?”

The blanket shifted; we could almost see bafflement in its shape.

“Think carefully, Kitkat,” Craig shouted. The blanket twitched. Craig looked to the gathered campers as if we ought to be laughing and so some of us laughed. At this point we were listless as usual, whispering together, tipping back to flip Gatorade bottles into the air. I can still feel the slock of it landing back in my hands.

Kitkat shuffled and moved, and after a moment her camp hoodie lay crumpled on the concrete beside her. The blanket’s edges kicked up a wisp of dust and then resettled.

Usually during testimony hour, the nightly declarations of conversion, I sat and daydreamed and wondered if I was the only interloper, the only one whose heathen parents had accidentally sent their heathen child to a Biblical sleepaway camp. I wondered how committed my new friends were to all these dramas after dinner; they listened agreeably and I affected the same, gasping when the speaker reached their low point (passed out from booze before prom, perhaps) and nodding at the climax (feeling that sweet salvation), but sometimes, in the fragile hush of these gatherings, my cabin-mate Jess would begin groping my thigh, daring me to laugh, both of us laboring so intently at not-laughing that the unreleased mirth swelled to an unbearable pitch, my chest heaving, mouth spasming, nearly sick, until—finally—we were released into the wild for Capture the Flag. I looked at Jess now. Her mouth was slightly open, her eyes narrow and curious.

“Kitkat, I want you to feel the desert sun beating down. You’re soaking with sweat. You’d feel better if you could remove something else.”

“I guess my sweatpants.”

Craig and Mira gave each other a silent high five. Pants emerged.

Around the bleachers, attention was scattering. After the initial surprise of the hoodie striptease, we were now familiar with the formula. On the other side of Jess, Moses leaned elbows on knees, sucking a ring pop.

With my eyebrows I gestured: do you have another one of those?

He gestured back: You can have this one if you want.

Halfway from his mouth to mine, Jess intercepted and licked the ring pop on all of its slippery sides. In its warmth I imagined I could taste her saliva and his, deeper beneath it, before Blue Raspberry soaked my mouth. At the center of the pavilion, something new was happening.

Kitkat’s voice was sharper, commanding. “No, I won’t be doing that.”

“But Kitkat,” Mira squatted by the blanket’s head. “You don’t want to ruin the game, do you?”

The sound of Kitkat’s frustrated whimper hit the pavilion like blood in the water. Our shark noses turned at once.

“I don’t have anything left except my bra and underwear.”

“And?” Craig said, grinning again at the crowd.

Two seats down, I heard Moses whisper “what the hell?” It was the most severe curse I’d heard all summer. My legs were trembling, the way they always did in the car heading to school dances. Apart from my mother’s, I’d never seen an adult bra before. I wondered how it would look, strewn over the dead heap of Kitkat’s clothing, and felt swoony, exhausted. The night before, fireside, Kitkat had approached me and murmured into my ear. She knew this was my first time at camp, and did I have any questions, anything on my mind. I’d asked what I considered at the time to be a deeply original inquiry: I asked if she thought it true, that believing in salvation is the only requirement to being saved. If, for example, my parents—honest, morally thoughtful, and kind—would be damned for the technicality of nonbelief.

“They would. Without a doubt, they will spend eternity roasting,” She said. “Have you ever seen a bad car accident? Do you know what burning flesh smells like? It’s like a barbecue.” She gave me a little side-hug before walking away. “Hope that helps.”

In the pavilion, under Mira and Craig’s guidance, a chant began. The chant overwhelmed Kitkat’s pleading. The chant transmuted the group’s various uncertainties into a roar of emphasis.

I was yelling the words and so was everyone else.

“Please,” she said, and nobody answered.

At last there was a final fumbling beneath the blanket. Kitkat removed her bra and underwear and placed them on the floor. They were white. The crowd erupted in a wildness of sound that I’d only heard at college football games. Mira paced. Craig preened. They held up their hands to quiet us.

“Kitkat. You’re in the sweltering desert,” Craig said. “And you were given the choice, again and again, to take something away that would ease your suffering.”

“And you didn’t think to remove the blanket?”

Here it was, the punchline. The moral. Jess snorted beside me. Moses groaned. Our silence fractured into a queasy laughter. What would happen to Kitkat now?

The chant returned with a heat. The chant was a separate power from any one of us; we opened our mouths at its bidding. We let it out. Saliva sprayed. We raised our voice. I stared at the other campers, who stared into the center, screaming through their disbelief at what they were screaming.

My heart beat itself ragged.

And then Kitkat leapt from the blanket and threw it aside.

Beneath it she was wearing gym shorts and a t-shirt with the camp’s logo: two stick figures holding hands with a crucifix. We howled and wailed and clapped our palms raw, as Mira and Craig held her fists up for our adoration. Kitkat knew. There was nothing to be afraid of. Kitkat knew all along.

After that we were sent away to play blob tag. The rain had passed us over.

Closing day ceremony. The pavilion again. We presented our devotion and received certificates; we sang about awesome blood and awesome redemption, and I was set free to find my parents among the gathered audience and drag them away to the car.

We let the doors click shut and inside the sealed hush all three of us laughed instead of speaking; my mother and I reached for each other’s arms. There they were, my mother’s glasses and strong hands, my father’s wild hair. Thank God, the laughter said. Thank God. The sound of it, as we drove away, was clean and whole like a rain shower. I let the peals wash over me, shivering as they went.

One summer later, when I begged to be sent there again, I was not thinking of the certificate with my name, I wasn’t thinking of canoe races, or prayer hour, or food fights, or the counselors and their talk of charred flesh damnation. I was already back inside that terrifying moment, the precipice of Kitkat beginning to rise, the impossibility of knowing, from one breath to the next, what would happen.

Emma Brewer is a writer from Vermont. Her work has been featured in McSweeney's, The New Yorker.com, The Cut, Hobart, Fractured Lit, and elsewhere. One of her stories will be in AND IF THAT MOCKINGBIRD DON’T SING, an anthology of speculative stories about parenting, coming early 2022. Find her on twitter @emargaretbrewer.