In the Big, Big House 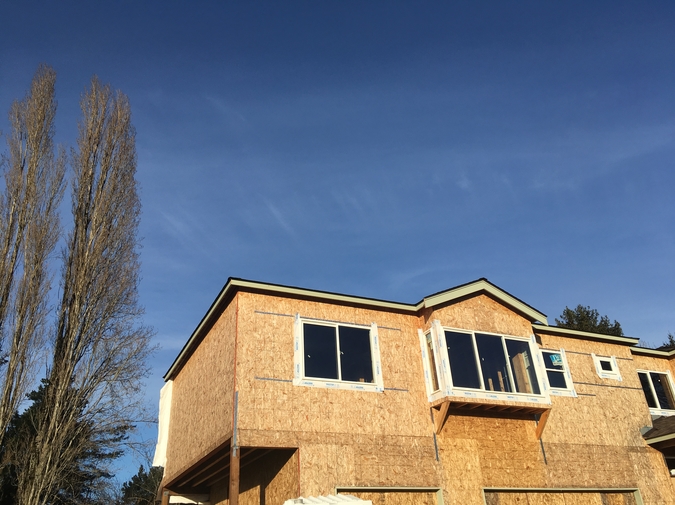 It’s a joke in my family that my memory doesn’t start until the seventh grade. My memory is like a miner panning riverbed silt, throwing out specks of gold and pocketing nuggets of shit. It’s a testament to the relative happiness of my childhood that I remember so very little.

Among the memories I return to obsessively is one from just after the supposed cut-off date. When I was around 14 years old, I went on my first mission trip (there was a second mission trip, apparently, that I’ve completely scrubbed from my memories). Key West seemed a more obvious choice for a vacation than a mission trip. However, the Keys had recently been hit by a hurricane, providing a plausible cover for our mission of mercy. I now suspect that our mission was aimed as much at hectoring godless vacation-goers as helping the needy.

The adults leading the mission trip were part of an evangelical fringe that didn’t necessarily represent the majority of our Greenville, NC church, who were overwhelmingly white, often quite old, and generally seemed satisfied with quietly distributing their wealth. Methodists are not a rowdy bunch, by and large, although I often wished they were. A little snake-handling or speaking in tongues would go a long way in relieving my boredom during the interminable Sunday services.

My church offered two services. The traditional service droned ancient hymns while the contemporary service had a band that played Christian rock. One earworm-y song from the contemporary service has stuck with me: “It’s a big, big house/with lots and lots of rooms/A big, big table/with lots and lots of food/A big, big yard, where we can play football!” It always struck me as an extroverts’ paradise--no stanzas mention quiet reading nooks--but also the kind of house that many of my fellow churchgoers already lived in. They had plenty of food, big houses, big dining tables, big yards and sporty families. Without the diet-grunge flourishes provided by my disheveled guitar heroes, the song reads like prayer for stasis.

Which is a long way of saying that the version of religion I received--praying before meals, regularly attending church--was complacent, mildly conservative and seemingly benign. My reaction to it has at least as much to do with my own self-critical, obsessive tendencies as any theological influences. The same compulsions that pushed me to wash my hands so thoroughly that my mom compared me to a surgeon scrubbing up before surgery lead me to an unhealthy relationship with God.

My obsessive praying rose to new heights during the long trip down to Key West. I remember a conversation between adults at the front of a van. They must have thought the kids were asleep or too preoccupied to listen. A woman I thought of as sweet-natured was explaining her struggle over whether to disown and cut contact with her son who had recently come out as gay. I remember her crying and receiving muted comfort from the other two adults who were sympathetic but firm about God’s position on homosexuality. What disturbed me was the mother’s clear anguish over contradictory impulses: love for her son versus the actions compelled by her faith. Her internal confusion reminded me of my own.

Even at the time, I recognized the cruelty in the advice her contemporaries almost reflexively offered. If I didn’t yet comprehend homophobia as an evil, I did understand that their words were exacerbating the mother’s torment. It’s a struggle for me to reconcile this seeming hard-heartedness with my church’s commitment to charity and the general kindness of the congregants.

Our mission in Key West was to proselytize and do good works. I was terrible at both, being desperately afraid of talking to strangers and unable to assert myself enough to be very helpful while we worked on repairing houses or ministering to the sizable homeless population. I wasn’t lazy, but working on houses called for skilled laborers and only a few of us were prepared. Most of what I did was make-work and I knew it, carrying piles of wood and holding ladders to dubious benefit. It filled me with shame to be so useless.

I was also ashamed of my fear of the homeless. The homeless people had many ailments, frequently including open sores that I found nauseating. They needed shoes and food, which we provided after lengthy sessions of prayer and intense spiritual interrogations that seemed to me like an aggressive evangelical version of Catholic confession. There was something about the process that I found uncomfortably close to a quid pro quo arrangement. This disturbing thought sent me into paroxysms of compulsive prayer. After we met with the homeless, I had no problem complying with the leaders’ instructions to carefully wash our hands.

The strangest part of the mission trip was the time we spent on the busy boardwalk, proselytizing mostly to tourists taking advantage of the cheap prices offered by the beat-up Key. I don’t remember whether we practiced before we went on the road or worked out our routine in Key West, but the kids and young adults were split into sub-groups to perform what I can best describe as Christian-themed interpretative dance.

My group put on a morality play about the dangerous lure of drugs set to Bonnie Tyler’s 1983 hit “Total Eclipse of the Heart.” To this day, I remember most of the lyrics and can’t hear the song without experiencing the religious version of an acid flashback. My best friend Charles played Jesus because he was tall and blonde. I played a junkie taking a whirlwind tour through the stages of addiction as envisioned by suburban moms while providing a not-so-subtle critique of secular culture.

I don’t fully remember how the play went but I do remember giving myself injections of invisible heroin in front of small crowds of bemused tourists. The boardwalk where we were performing was famous for its street performers, people who would escape from straightjackets, perform handstand push-ups, or herd cats through an elaborate obstacle course. I don’t imagine they were pleased to have a group of privileged children park themselves on the boardwalk next to them to illustrate (through dance!) the dangers of drugs we had never even seen.

Although we prayed with onlookers, some of whom became emotional, I’m not sure if we actually converted anyone. I’m not sure if that was even the point. Maybe it was more important that we reaffirm our faith in public, which did create a powerful sense of group cohesion. Mainly, I think about how the play ended, with me falling to my knees in front of my best friend Jesus. The idea was that I had replaced my addiction with Jesus’s love, but it would later seem to me more like I had replaced one addiction with another.

I can’t point to the mission trip as the moment when my faith cracked, but it is one of the moments when I started to feel that aspects of my faith were a little ridiculous. Handouts arguing theological points with bananas and passion plays set to eighties pop hits struck me as unserious, if not downright hilarious. Later, while praying along with my youth group in front of a crucifix, I remember the specific moment when I thought ‘why would I believe a dead man came back to life?’ That thought initially horrified me, but it came to seem only natural.

When my religious beliefs came to seem ridiculous, my compulsive thoughts and fears started to seem ridiculous, too. I still had them, but I began to push my boundaries, leveraging my inclinations toward self-deprivation in order to wait out compulsions as long as I possibly could. By holding off the prayer until seconds, then minutes, then hours later, I was able to convince myself that God would not strike me or my family down because I had eaten a potato chip without washing my hands. This was a completely silent and internal process--I never told anyone about my struggles until many years later, when I told my best friend from my hometown and was surprised to hear that he had also struggled with compulsive praying. Rather than challenging my sense of uniqueness, I felt a retroactive sense of community in the knowledge than another had struggled exactly like I had struggled, at the exact times and in the exact places where I had felt so alone.

My compulsions hung on for many years in a diminished capacity, just like my faith. At the end of my senior year of high school I became very sick from a bacterial infection that doctors accidentally caused and then took many long months to identify. It was a miserable time, and, in desperation, I started to pray almost as relentlessly as I once had. In particularly dark moments, I felt that my illness had been caused by my lack of faith. I was being punished for listening to and laughing at comedy albums by David Cross and George Carlin. My prayers yielded me nothing but grief and self-recrimination, and my resurgent compulsions only added to my misery. The last of my cracked faith shattered when a correct diagnosis and treatment proved much more effective in treating my illness than self-destructive thoughts.

Around a decade and a major mental health crisis later, I’ve largely moved past the “angry atheist” stage to a more complicated view of religion. I now understand that religion represents something to me that it doesn’t represent to other people, and that faith and mental illness are prejudicially linked in my mind. I don’t blame religion for my problems, but neither can I completely ignore the part it has played in my psychological struggles. I recognize that we did a lot of good on that mission trip--for all my misgivings, we fed and built homes for the homeless--and even the parts that now feel silly to me were probably harmless. Most of my religious contemporaries now welcome diversity of all kinds. I was eventually able to conquer many of my compulsive behaviors with the aid of therapy and drugs.

Still, I wonder. I can’t forget that the “big, big house” of the song was my Big House, a prison. I don’t feel like I’m missing much. I know that I’m not unique, so there must be others out there whose faith is twining around their mental illness like a vine. Maybe I’ll pray--just once--for them.

Hank Stephenson is a writer that lives in Chapel Hill, NC where he works for The Sun Magazine and the independent bookstore Flyleaf Books. He reviews books for Shelf Awareness and is working on a new novel about Vikings in 9th Century Ireland.