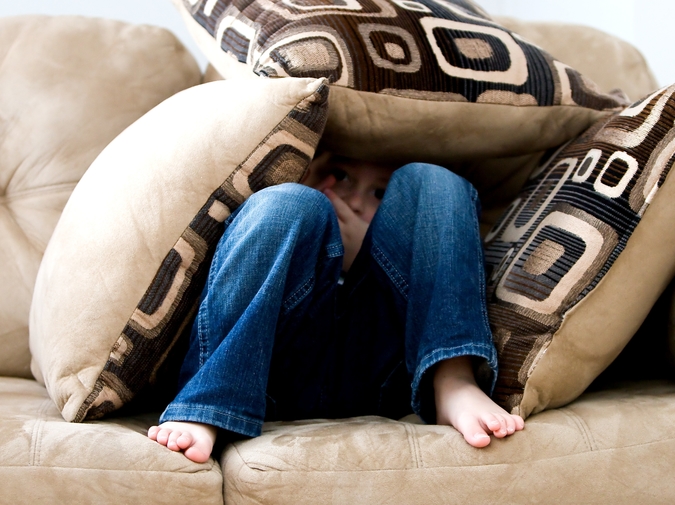 I was starting my fourth hour of television one night when my husband said, "Do you know that you rock back and forth when you watch television?  You've been doing it for hours."

I hadn't realized that this was something that I did, but there I was:  Sitting cross-legged on the couch, hands tucked under my arms, rocking back and forth with my eyes glazed over.

I don't notice anything when the television is on.  A bomb could go off in my kitchen and I wouldn't notice the wreckage until the next commercial break.

This is not because of some evil force that lives inside the TV; it's because I adore television.  I have spent thousands and thousands of hours watching it, and I don't regret a single second of it.

Sometimes even when I'm at a party, laughing and having a great time, I'm secretly fantasizing about what's on television at home.  I still may not know your last name despite the fact that we've known each other for five years, but I know the last name of every character on "The Love Boat" along with a list of their failed romances, likes, and dislikes.  I love television so much that I am personally offended when you say something bad about it.  Television was my hero.

It was the week of Halloween, 1983.  My mother was in the kitchen making a skeleton out of papier mache.  The way she tells it, she was putting the finishing touches on the C-7 vertebrae when my father came home from work for lunch.  He stood by the kitchen sink, crossed his arms and looked down at the harvest-gold, very 1970s, vinyl floor and said, "Nothing personal, but I want a divorce.”

Then he ate the bologna sandwich she had made for him, and went back to work.

Divorce was sweeping through the country so fast, there was no playbook for how to deal with the children caught in the middle of it.  Parents just had to wing it.  They decided to have my mother tell my sisters and me, so she took us out for ice cream one night, followed by a long drive up the road that runs along the beach, like that was something we would have normally done on a Thursday night, even though it was not even remotely something we would have done on a Thursday night.

I was antsy the whole car ride because I was going to miss my favorite television show "Gimme a Break!" if we didn't get home before 8:00pm, and I was being a real brat about it.

We stopped at a park four town overs, which we had never done before, so we all knew something was most certainly up.

Back then, parents only ever took children to new places when they had to give you bad news.  An unexpected trip to a park four towns away meant your parents were getting divorced.  A surprise trip to the aquarium meant your dad was being transferred by his work and you were moving to South Dakota.  Swimming with dolphins meant you had some kind of incurable illness that would turn your bones to dust before your tenth birthday.

Kids back then were not miracles.  Nobody was impressed with the fact that we were children.  We were just part of adults’ everyday landscape, like having to go to work, or doing the grocery shopping.

Then I looked up and saw that my sisters' faces had changed.

I pulled off my headphones to hear the back half of the conversation.  Mom said, "...so Dad's at home now moving his things and some furniture out of the house, and he's not going to live with us anymore.  You'll still see him on some weekends, so it's not like he's leaving forever or you'll never see him again.”

My brain rushed in to protect me the only way it knew how.

A few months prior, we came home from school one day to find a brand new semi-big screen TV in the living room, blasting MTV at full volume.  My father was one of the more "frugal" persons who has ever existed, so it was a huge surprise that he just brought it home one day out of the blue.  It was the greatest day of my life.

Mom hugged me and said, "I told him he could take the TV, but he said he wanted you kids to have it.”

The whole way home from the park, I kept badgering my mother, "Are you really, really sure he's not taking the TV?  Did he promise that he wouldn't take it?  If he did take it, can we go get it back?”

When we got home and Mom unlocked the front door, I squeezed past everyone to make sure the TV was still there.  It hadn't been touched.  Then I looked around and saw the things my father had taken with him.  The guitars and amps, keyboards and mixers, his clothes and shoes; the only things he left of his own were his fingerprints in the dust on my parents' dresser, from the edge of the wood top to the middle where he had kept his bottle of cologne.  He had carved his existence out of our house in swift, precise slices, leaving the rest of our things behind like a rind on a cutting board.

My sisters went into their bedrooms, slammed the doors, and didn't come out for the rest of the night.

I stayed in the living room, turned on the semi-big screen TV and caught the last five minutes of "Gimme a Break!" before "Mama's Family" started.  I breathed a long sigh and fell asleep later when the "Hill Street Blues" theme music came on, thankful that television had turned this back into any other Thursday night.

"Gimme a Break!" continued to air every Thursday at 8:00pm, just as it had before everything changed.  In fact, everything on television was exactly the same, like no one had informed Hollywood that our family was broken as well as broke.

After my father left, our family plunged into poverty and our house became a circus of chaos that lasted for over a decade.  Our living room might be filled with real fighting or real smoke or real rainwater pouring through the ceiling on a stormy night, but so long as none of those things blocked the television screen, I was able to pretend they weren't happening.  Somebody might get brought home by the police on Saturday night at 8:30pm, but all that I knew was the Ricky Schroeder still had that train running through his house on "Silver Spoons".

My favorite television nights were the ones I spent alone.  When my mother would have to work the night shift at the hospital, and she would tell my sisters to stay home and watch me, and then thirty seconds after she walked out the door, they would leave and not come home for hours.  I had complete control of the television when that happened, so I never told my mother that they ditched me at home alone when she left for work.  I would try to stay awake as late as possible to milk every minute out of my total domination of the television.

I just loved everything about television; absolutely everything.  It was all so exciting and funny and clever and silly.  People hugged and laughed and had potato sack races in the backyard and happy family dinners around the table.  It was nothing at all like my real life.  It was as if someone dropped an amusement park onto Oliver Twist's block and said, "You can hang out here whenever you want,” so that’s what I did.

I can't tell you with any sort of authority whether watching television for hours and hours is good or bad for children; although, I assume they call it the “Idiot Box” for a reason.  I can tell you that the Idiot Box saved this particular child; its glow, like multi-colored sunlight on her face; its laugh track, the most reliable of lullabies.

Maggie Dove is a Southern writer (by way of South Florida). Her work has appeared in The New Southern Fugitives, Bitterzoet Magazine, and Crab Fat Magazine, and she has work forthcoming in Foliate Oak and The Dead Mule School of Southern Literature. She is petty and immature, and has many tribal tattoos from the 90s for which she refuses to be apologetic. Her blog can be found at romcomdojo.com.