I WAS IN THIS MOVIE 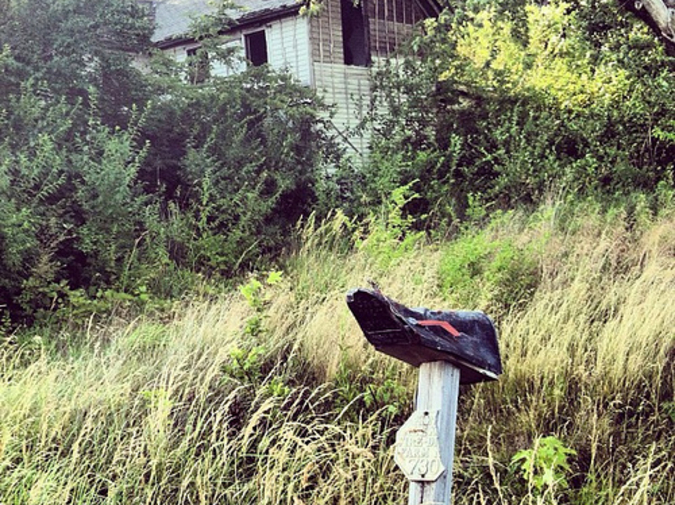 I was in this movie. I was in this movie. I was in it. I was there. I was ripping in and out of the titles as they blinked across the screen. I was swimming through the avocado walls into the house the family lived in, their language crisp, bright, the English tongue ready to wrap itself around the most obtuse word, the four-syllabled word, slightly frayed at the edges but juicy and resonant at the very center, a snap, a furl of the old Union Jack, a lingering consonant, a test.

I was in this movie. I was. I addressed myself in the most oblique way possible, as if a mirror stood in every corner. I addressed the actors, my family, oh, that tired glance from Father, that chair which is almost believable, its flowers fading in an honest and sincere manner. Sit, sit, Father, while I stand before you in whatever circumstance I can muster, smoking a cigarette, how shocking, so simple the way people are shocked or not shocked, how easy for some, impossible for others. There’s a nightmarish quality to this, though people in movies rarely tell their dreams.

I was in this movie, I’ve told you this before. Don’t make me say it again. The movie was not, exactly, complicated but there was another road you were always conscious of. It climbed over a small hill and when people arrived, they came from that direction, else they opened the door and said, Excuse me--such a brief exchange of amenities was all I could hope for. But the hat was interesting, wasn’t it, the way it swirled up without even a feather? It made a difference I can tell you, a big difference, though I can’t say quite how, I only know that when I removed it--reluctantly because I was already a bit overwrought--for a moment I didn’t know who I was.

I was in this movie playing the person whom I hoped to be by the time it was all over, the plot, such as it was, resolved, and many apologizing for their mistakes and wrongdoings while others, like myself, remained stubbornly righteous. It was not a ruse either, nor a ploy of any kind, however rigidly intellectual I may appear to you at times, after all you are not a member of the family so how could you know? I acted my part straightforwardly, opening drawers without taking anything out, closing draperies with a decisive whisk of the fabric, each speech delivered without a tremor of melodrama or sentimentality.

I was in this movie and I do wish that we’d had a scene together, you and I. How would you have been dressed, do you have any inkling at all? On which sofa would you have been lounging, your legs crossed as I delivered my long speech? Oh, my, what a proud little thing it was, too, practically sweeping into the air all by itself without any obvious help from me. Perhaps someone else spoke it, no, no, I’m certain it was me thinking those thoughts, and sooner or later they must evolve into words that might sound trite if you don’t know what’s behind them, my brow slightly furrowed, my lips relaxed yet firm. Oh, I could have gone on forever, and would have, too, if only Mother hadn’t stopped me with another of her conversational gambits. Can you not see how you are failing? she asked me, and when I didn’t answer, she picked up all the silverware and walked briskly out of the room.

I was in the movie and I was hardly even aware it WAS a movie the reality of it was so intense. When the director said, Freeze, I stood quietly, trembling a bit though it didn’t show in the final mix of things. Father and I were cohorts in this, no one dismissed me even though I was a woman and generally not taken so seriously. My younger brother should have been the focus of attention but it was I who provided the genuine power and the others fell into place behind me...far behind, as their beliefs slowly began to unravel. In the end, I had to ask myself, was it worth it? Was it worth the tremendous sacrifice that left us impoverished, reeling from a blown-up sense of importance? Was it worth giving up the avocado walls, the draperies, the elegant terrace that I haven’t even mentioned, the garden that was such an important part of my childhood, yet you never once saw it in the film (and how could the director have missed a shot of me strolling along the beautiful rows of cornflowers and delphiniums, sometimes carrying a small scissor to cut roses for our dining room table?). All these lovely sights and smells are now a thing of the past, and for the last time I ask--because you are the final arbiter--was it worth it, and most importantly, would you have done the same?

Susie Mee’s stories have appeared in Virginia Quarterly, Confrontation, Alaska Quarterly Review, Scribbler and others; her poetry in Poetry, Grand Street, American Poetry Review, Perspective, Georgia Review, Stand (UK) and in several anthologies. She has published a novel, a poetry collection, and edited an anthology of southern women writers called Downhome. She has been a resident at Yaddo, Blue Mountain, VCCA, and MacDowell, and teaches writing in the SCPS Department at New York University.