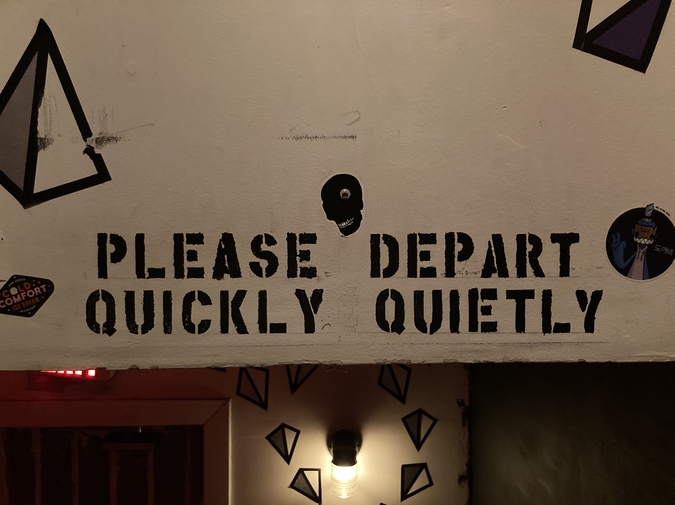 Like a stranger buying a homeless man a new pair of running shoes.

Like not killing the spider you find in the hallway.

It’s beautiful like that; my newly dead mother’s house.

I watch from the breezeway as the Rugrats, Rugrat-about the freshly mowed lawn and pretend the cedar chips are lava while skipping from rock to rock along the walking path. Inside the adults are talking with a hush, dishes are clanking in the living room, and there’s gossip taking shape in the kitchen like the start of a revolution. My aunt and grandmother wondering who should get what of the jewelry, the enamel pots from Spain. And how, if Howard Stuller hadn’t left, my mother probably wouldn’t have killed herself with drinking and smoking and sleeping pills, while neglecting her own health, her blood pressure medicine and physical therapy. A broken heart, says my aunt, wrapping rubber bands around leftover kabob sticks. My grandmother nods. They agree on this.

Soon, they look over at me: the boy who returned to collect his castle.

I didn’t even know she was sick. Then the lawyer called and explained I needed to come in, to sign off, to take ownership of 1611 N. Springway. She loved you, the lawyer said. She did.

On the lawn: the kids have moved into this assess-out-conga-line type thing around the island of trees. My cousin, Andrew, approaches eagerly. He asks how I’ll keep the lawn from flooding. How I’ll weatherproof the eaves moving forward. That he’d be happy to come out, stay a few weeks, help me remodel. And that he knows it’s been tough.

I like the house, I say, hating my voice.

My words feel corny as they come out.

I feel corny in my dead mother’s yard.

But maybe, I amend.

Andrew claps his hands like I’ve agreed to something.

Then we are standing silently in the unbearable heat: me and my unbearable cousin.

When I got sober, I got corny as fuck; started riding a longboard and helping coach the junior high basketball team; started seeing Marvel movies on opening night and staying for the mid-credit scenes; started going on coffee dates with girls from the program, and never asking for their story, because I really didn’t want them asking for mine.

And that’s fine, I think to myself, slumped in a lawn chair.

If my nose is clean and my beak’s dry, it’s fine to be corny and hate the sound of my voice.

In front of me: the kids have lost steam.

Above the tree line, the sky has turned the color of a day-old bruise. The reception has begun to clear. Whichever uncle had parked his motorcycle in the driveway was now gone.

My aunt waves goodbye from the kitchen, her purse heavy with contraband.

Then a kid is standing in front me.

Time to leave, he says.

Are you leaving? he asks, his nose runny.

No, I say. No, I’m staying here tonight, tomorrow, for a while.

Then the kid is gone and I’m inside, laying on the floor of my mother’s house, listening to the sounds of a recycling truck a few streets over: the hiss of the airbrakes, the bin men yelling at each other about whose fault it is that they’re running behind, and the whirring of the truck’s mechanical arms as they raise, way high, then finally drop.

I wake to the sound of the doorbell.

Before I get to the door the bell has sounded twice more.

Behind the door I find a small, golden man that’s just stepped off a plane from South Beach. He smells like cigarettes and the air fresheners they give out at the car wash.

No god-damn-way, he says, sliding into the foyer.

It’s stunning to watch him move.

With his white, slicked-back hair.

With his slicked back everything.

He is forceful, yet beautiful.

He’s something like a freshly waxed Mercedes, stolen, then crashed through the window of a department store, obliterating everything: the mannequins, the racks of cable scarves, the overstock bins of sad leather purse.

Knew you when you were just a little thang, he says.

I don’t remember, I say, watching the overhead light catch his wrinkled forehead.

Jack Dein, he says, stretching out his hand, showing me his yellowing teeth.

His loafers kick off easy.

Let’s grab beers, he says. If we’re drinking, we’re drinking, to honor your mama and dishonor the cockroach, Howard Stuller, who I’m sure you hated like everyone else. The damn thief.

You’re lucky, says Jack. Then he moves through the kitchen, the living room, and out onto the lawn. I follow him all the way.

You were probably five the last time I saw you, he says, walking deep into the grass.

For a minute–a few minutes–whenever she’d have me. Helped you come in last place at that Cub Scout thing, too. Don’t ‘member that? The three of us used to cruise around real good. Shit, you really don’t remember Big Bad Jack chasing you off the dock at Pierce Lake? Or the duct tape castle? Or the turtle?

I shake my head: no.

Jack tries to throw me a beer.

I shake my head: no.

Not really, I say, looking towards the sky.

What happened? asks Jack, turning, sitting, his tan slacks folding the grass beneath him.

I don’t know, I say. I was gone for long time; she just got sick and she was still drinking…

And I just smile, because I don’t know what he means.

And he must pick up on my confusion.

Because the next thing he says is simple and heartbreaking.

Then he falls quiet.

Both of us looking out at the darkest parts of the yard.

Sam Berman is a short story writer who lives in Boise, Idaho and works at House Of Wheels, in a very nice warehouse with Wes & Peter & Whitney. They are terrific coworkers. He has had his work published in Maudlin House, The Masters Review, Illuminations, Smokelong Quarterly and recently won Forever Magazine's Unconventional Love Stories competition. He was also selected as a runner-up in The Kenyon Review's 2022 Non-Fiction Competition. He has forthcoming work in The Fourth River and D.F.L., among others