I Believe (In None of This) 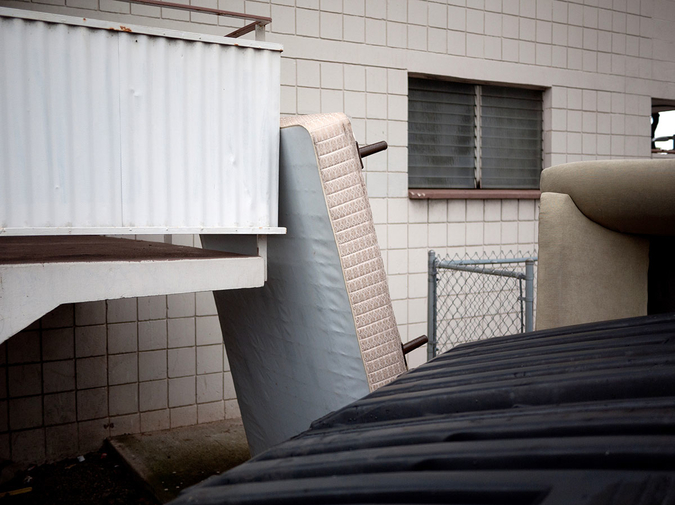 "I Believe (In None of This) explores the idea of constructing the idea of a city from photographs taken in various cities. Initially masquerading as street photography, the objects and markers hint towards the urban space they're placeholders for—the city limits. Every city has a particular rhythm and flow, combining various places makes for an entirely fictitious narrative. Showing photographs that initially appear to be straight documentary work yet revealing them to be a mere vessels for the idea within, even the title shows the duplicity of the work."

Al Palmer (b. 1984, Gateshead, UK) is a photographer living and working in Newcastle, UK. His work has been exhibited world-wide and shown in many magazines. In 2013 he became one of the winners of the Hearst 8x10 prize. He currently runs Brown Owl Press.