Huddled Faceless in Nippon: An Excerpt 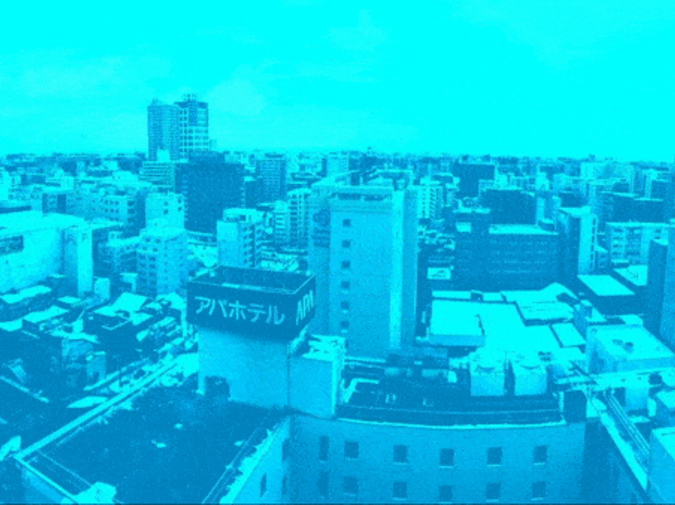 Things are going well. Things are somewhat settled. So, I try contacting a girl I had a fleeting relationship with when I worked in a Japanese restaurant back home. She was on a working holiday visa. She told other people she thought I was a good man. That I would make a good husband or father. Or something. I remember the opalescent gloss of her eyes. It was hypnotic, like a supernatural glaze covering her essence.

She invites me to stay with her. I am nervous but willing. Her apartment is miniscule. It is alien. It is foreign. Everything looks like it is slightly warped. The utensils, the door handles, the mail piled up on the small dining table. It feels like I am at home, in a closet, on a mild dose of acid. Words like beautiful, delicate, outrageous replace normal. The futon laid out, dented and moulded by her lived-in impression. The small box of cosmetics impervious to time as it quaintly rests beside her pillow, ready to be used for another day, tomorrow. A rogue plastic bag with a spontaneous purchase from Don Quijote made on a random week-day night – maybe she thought she needed something badly, but she probably really didn’t. We never do when we think we do. Don’t worry, I am the same. I commit exactly the same sins. I want this and more and more and more. I want to devour all of it. Her organised scenery.

Haunted by her eyes. How long they stare. The orbs glisten with a sheen of expectation. It’s just, you see, I don’t want to have a bad reaction. I lie, say this is nice, try to remain cool. What I really think, what I want to say, is that I burn for this. I haven’t felt so in years. Have forgotten the word ‘excited’, forgotten what it means. After scanning the apartment, she watches me for signs of my intentions. I decide to take the elevator downstairs and have a cigarette. The reedy hall on the other side of the partition smells equally as enticing. I don’t know how to describe the odour, the atmosphere, but to me, it feels like something fleeting, something temporary – a force that I need, to be someone else in some other city, in a distant country. Please let me go previous world, I am the one you need to forget. You need to fucking let me go.

The elevator ride is unreal. It is only four floors. It is only a standard issue. I am not on drugs. There is nothing interesting here, for most. Just for me. I try to avoid bursting into tears. Not sure whether this bubbling wave is sparked by joy, sadness, melancholy or some other emotion defined by some specific German word with no direct English translation that I cannot accurately describe. Shit is sparkling though. The doors and walls gleam. Electric is the air.

I somehow calmly exit the elevator at the culmination of its descent. I extract a Marlboro Ice Blast from the black and fluorescent blue package and crush the filtration device. Double mint bitches. Blade Runner, I think. The future. What does the future hold? I only smoke menthol cigarettes in Asia. I only want to feel different. I only want an extended holiday from my Self and everything I supposedly stand for. This was the way it was always going to be, before I was even born. So just take me for who I am. Please, I urge her silently from my position at street level.

I return to her apartment and the pheromones have not dissipated yet. We talk for some time. We cannot communicate well. But it is important to note, verbal communication is not always necessary in this world, or the next. Often, I find, it is even better without it. Uttering syllables aloud can lead to confusion. Too many words only result in complication. I wouldn’t want it any other way. I’ve tried both and I know which I prefer.

The kissing stuff starts. Our clothes find a new home next to the cosmetics besides the futon. I am aroused. I thought I would feel invincible, but my mind starts spiraling into an impending doom. I am nervous, it seems.

I need to go to the bathroom, I stammer. No surprise. Calm down, you haven’t lost it yet. I sit on the terrestrial seeming toilet and rub. The mirror-world light and fan that ordinarily would be soothing act menacing as I hope to whatever God I don’t believe in that I can get it together. That everything will just work. I get it semi, kind of, somewhat close. I decide that I must return before things start seeming ‘suspicious.’

We re-commence where I left off and I pray to those same make-believe Gods that I can keep things together for long enough to provide some form of satisfaction. It’s always a problem when the condom goes on, to be able to handle the dulled sense of touch in a hyper-nervous state of contagion. I think I manage it. But I can see from her face, that I haven’t managed it well. Seven minutes is about as much as I can bear before I pretend to cum and disengage. I try to make up for this atrocity by using my mouth, but I know it is too late. The sheen is gone, her orbs are dry.

Later that night, past midnight, I quietly hear her leave the apartment. I don’t stir. I don’t ask her what, where or why. I stay perfectly still and pretend to be asleep. When I am certain she is gone, I climb up onto the window sill. I open a giant can of Asahi and sip it. I don’t turn on the light. I feel like Scarlett Johansson in Lost in Translation, huddled on the ledge of the apartment window as I overlook this cross-hatched neighbourhood in a land I am not a citizen of. I think of the chords of My Bloody Valentine but don’t put any music on. I think of taxis moving smoothly and seamlessly through neon-soaked nights. I think Scarlett Johansson-My Bloody Valentine-taxi drivers with white gloves cruising on neon-soaked nights over and over and over again. Interminably. I check the time. It is after 4 am. It is after 4 am and I know she won’t be back. She won’t return until I am gone tomorrow. Texts days later take the sting out of the awkwardness. Words on a screen at a later stage play better at innocence. Innocence is what we want. Because who wants to feel an extra slice of guilt? I don’t blame her. Like I said, it is easier without words.

Dale Brett is living in a simulation. Faceless in Nippon is out from Expat Press now.