How It Was When We Were 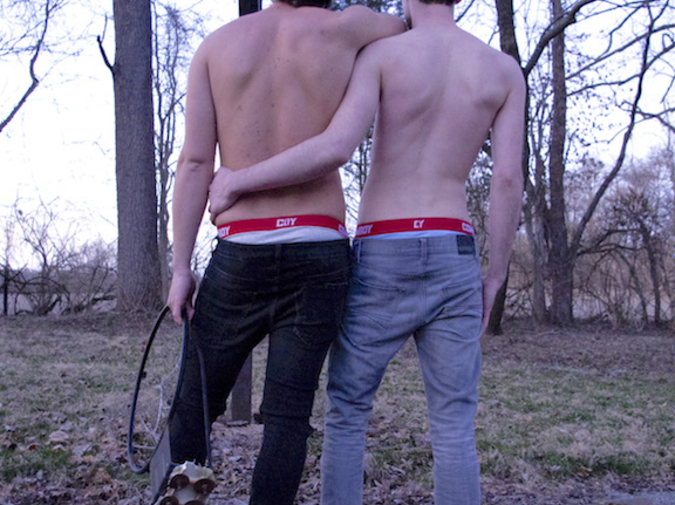 Jeff O told us that he and Brian H split after watching Chasing Amy
and getting into a fight—by then I was pretty much over my crush
on Jeff O and I was kind of off and on living with Steve K who I was sort of
ready to break up with so I deliberately rented Chasing Amy for us to watch
and then broke up with him (but it had nothing to do with the movie).

I remember I drove to the corner gas station and called Ricky
(never Rick) my best friend to tell him and he said to meet
him and Matt M (my other best friend) for a drink so we could recap
(I had had a crush on Matt M I think before and after this).

We ran into Dominick (crush) while we sat at the bar and made
plans to spend the weekend out at Jerry's cabin to celebrate
my freedom and Kevhin (with an H) and Michael R (crush)
came that weekend too.

We used to spend a lot of time out at the cabin drinking and laughing
up in the mountains. We still talk about those weekends a lot
and Steve K has since died but Matt and Ricky didn't want to tell me
(I think they thought I might get upset?).  I think I rented the movie
just so I could use it in the story of that breakup because I wanted
my life to be dramatic like that.

Anyway we went and toured caves that weekend at the cabin and I tripped
in the dark and Matt said “oo she fell” and Ricky said, “she’s okay,
she falls all the time."

Noah Stetzer is the author of Because I Can See Needing a Knife (Red Bird Chapbooks). His poems have appeared in Sixth Finch, The Cortland Review, and New England Review. He has been a fellow of the Lambda Literary Retreat and a work-study scholar at the Bread Loaf Writer’s Conference. Noah lives in Kansas City.