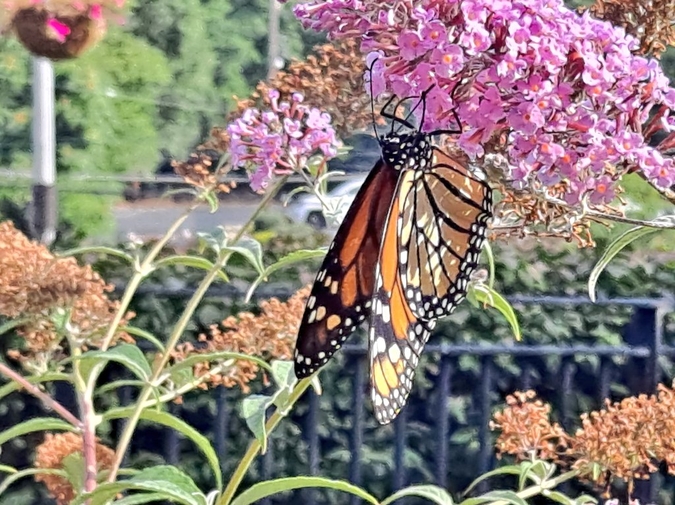 Have you ever seen someone for whose image you literally hungered? I have, and in my case, it was two someones. Blonde beauties, both—not princesses but Asian, bleached in a shade of yellow known to all from KTown to Seoul, USC to Harajuku.

I was sitting under one of the tented picnic tables at the Honda Plaza in Japantown, LA when those gods of blonde—my baits in question—walked by. It was late afternoon, that ambiguous time between lunch and dinner when all pedestrians disappear and the city grows meditative with absent dwellers. I was waiting for my cell service to return, pleasantly stoned and beginning to fall into a placid silence—no thoughts, as they say, just vibes. For a moment, I worried about my cell service, anxious at the prospect of being untethered from my pocket charm. But just as quickly, I was stilled by the amiable heat, which seemed to assure me with its warbling breezes that I needed nothing right now, I could just be. Slumped there in blissful stupor, I found myself happily bored. How serendipitous, I marveled with the naïveté familiar to stoned people, that just as I needed it, I stumbled into this refuge.

It was then that they strode past me. Mid-thought, my attention snagged on the powerful wisp of her. She wore a spandex outfit—itty bitty sports bra and bicycle shorts, her lean legs sprouting from chunky Filas. Nobody in Jenn Im’s clique could ever be this good, I thought. I should have been stunned right then and there, called to worship at the altar of her beauty. But inured to the feminine arts as I am through a lifetime online, I was only piqued, my curatorial nose perked. I noticed but did not consecrate her presence.

It wasn’t until I saw her with him, however, that the rush of heat sloshed out from within me, revealing some puckering wound hidden where no LED screen light could ever shine. He had tousled bleached hair, black roots flickering at the center of that soft sun. His arms—what was showing of them, at least, beneath his black short sleeves—were covered in dark blue tattoos. Basketball shorts hung loosely from his hips. He walked with a slight swagger, wiry arms out at his sides, his calves clenched midstep. He was a touch shorter than her, a playful, handsome devil romping by the side of the languorous lady. Both of them in all black, graced in the unbranded best of West Coast cool.

I watched them as they walked to their car in the parking lot behind me. I stalked them hungrily until they reached a black Subaru hatchback, then leaned my whole body forward to continue watching them as they fumbled with their keys, drinking in the sliver of their profile that peeked out from behind a white van. I watched and then found myself getting up to follow them as they maneuvered out of their parking space and out of the Honda Plaza into the street.

The last thing I saw was a wink of blonde hair from the rear windshield. I wanted to run after them, to wave my arms and halt their progress, to say hi or maybe nothing at all, whatever I had to do to continue watching them. I yearned to spring into their life, and if incapable of that, to tie myself to their trunk so I could always be within sight of their beautiful bodies.

Three years ago, I was in Singapore, crushing hard on Art—on conceptual art, and a boy named it (hey Art, if you’re reading this, please tell me you already knew). They had bleached blonde hair, too, a blonde shattered by black roots, less yellow than streaks of light bolting from interior incandescence. I was in an art class with Art. Our professor, a brilliant pixie of a woman, paired us as critique partners. From the beginning, I felt a sense of serendipity, as if the universe had given me an opening, pushing me toward it: go. Sometimes you choose life and other times you are chosen by it; this was a case of the latter. I was merely a passenger in the wheelhouse of my own life, given to witness Jesus or Buddha or Guanyin in the driver’s seat. Art was the wheel; I gravitated toward their orbit. As I swung from rapture to glee, I stared at Art long enough to engrave them into the private sigil of my mind, an incredulous reminder of my capacity for feeling.

It was a small class, so during crit, Art was never far from me. I would catch the jagged fragments of their hair out of the corner of my eye, feeling its enthralling sting. That semester, my attention was always spliced in two directions.

(In retrospect, bleached blonde is no mere color. It is a style of the future, belonging to the hyper-enhanced yellow body rippling with assimilated artificiality, all naked limbs and synthetic dyes—a style whose constancy so eludes articulation that I think the only true reference for it lies in the surface of yellow skin. I was this kind of blonde Asian once, my scalp scalded, peeled, and pruned, until, bleached and pixied, I reemerged a squinty Tinker Bell, all curves and almond eyes, coquettish in my unnatural shine.)

Art was coquettish and more. That blonde whispered of movement, alerted me to the way they passed through space. That blonde, scruffy and on the verge of being unkempt, said “I did it myself,” said “I make it work” and “Do you give a shit?” I felt challenged and allured by those movements and that kind of irreverent being. Artists have this way about them (the French New Wave did not lie to us about this), a soundness of judgement and an ephemeral glitter.

“I had an archery coach once,” our professor told us, early into the semester, “who taught me the significance of visualization.” We were practicing a meditation exercise, honing the flat blades of our minds like arrow tips on whetstone. “Imagine the intended effect of your piece, and imagine passing through it,” she told us. “Before every practice, my teammates and I started with fifteen minutes of meditation. Trained our minds to enter the eye of the target. Everything else follows.”

Even with my eyes closed, I kept one finger on the pulse of Art, imagining them recede into a secret place outside my field of vision, unseen but still felt.

At the end of the semester, Art and I got lunch. I don’t remember what we ate, only the feeling of being very still, very quiet inside of myself, my gaze calibrated between them and the trees in the university plaza. We sat on stone benches after our meal, them with their legs crossed, me with my arms propped up behind me. I was looking up at the leafy canvas above us when they said, “You know, you remind me of the Cheshire cat.” “Oh really?” I laughed. “Yeah, it’s the way you smile,” they said, half-grin in response. “With your whole mouth, stretched wide.”

Later, they lent me the essay collection they’d just finished writing. Faded black ink grazed the cover, smearing both our hands that fondled it. I brought the book with me to Vietnam, a birthday trip with my boyfriend. Mid-May, Saigon was soupy. I stole snatches of time, secreting the book from my backpack to purse, shielding it from the wilting heat, then carefully cracking it open, running my fingers across the pages. Dear Art, I wrote,

Because you lent me your personal copy, and because the book is a physical witness of the continuity between your life and mine, I think it fitting to tell you where it’s gone. For a while it sat in the innermost pocket of my backpack, untouched except for the few hours after our meeting when I clutched it gently as I napped on the sofa, my fingerprints lightly smudging the cover. Afraid to damage it more than necessary, I placed it gingerly in my bag, where it slept until I retrieved it today. I read most of your book sitting before an aluminum table at the Binh Tay Market, absentmindedly spooning stuffed squid into my mouth. To say that I was struck by it—by you—would be an understatement. Fuck it, I marveled. I cradled it like a baby, flipping it tenderly.

I left the market feeling keenly aware of the impending closure of your text. When I looked up, I saw that the sky had disappeared into a morass of gray. The rain would come and the streets would flood. Your book would rest in my knapsack as I rode back to District One, to my apartment above the silk store, across from the balcony with white railings and a wall shielded by flowers. The book would get drenched, I worried; I could no longer protect it. Fat droplets began to graze the canvas bag and the smell of smoke, damp with the evening air, shrouded me in a soft, grey stole. I sat taut against my tuktuk driver, the book bound between us. I imagined he was you. I wondered how long I could hold on to this longing.

On that steadily burning afternoon in Los Angeles, I remembered Art and the Cheshire cat, and was overcome by a humid wave of desire that reduced me to an ink smudge, blotted by finger sweat and hot breath. In another world, maybe I was the languorous lady. What the fuck, I wanted to shout!

I never gave the letter to Art. In fact, I never saw them again. At the end-of-year bash thrown by our professor, they had been an hour late. “hey, just leave the book with YY,” they emailed, referring to our professor in shorthand. “okay,” I wrote back. “left something else for u too.” My gift (Chris Kraus, Topor) was a coward’s kiss, a blubbering love letter couched in the neurotic language of intellectuals and romantic depressives. But it offered a kind of dignity, too, a gesture at everything unsaid but often thought, things frequently repressed but just as frequently released as dramatic sighs. Maybe I should say a prayer and wish for peace, for the crest of shame and want to dissolve into sweet ash, but if I’m being completely honest, I’m still waiting: to be struck by lightning and drenched by the shower that follows.

Suiyi Tang is the author of American Symphony: Other White Lies (CCM Press, 2019), an elderly Zoomer, and a graduate student at the University of Cambridge. You can find her either en route to the postcolony or crying in the metropole, but always online at legitimizedinprint.com.