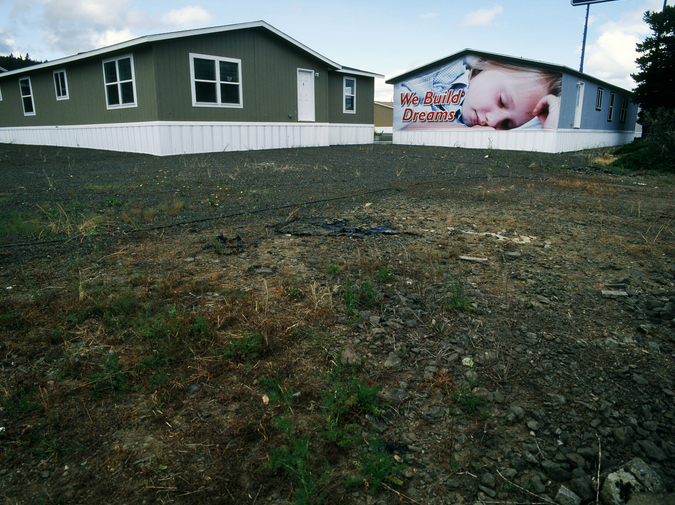 Ethan’s virtual shrink said this would be good for him. It’s his first time in a human touch center, even though they’ve been popping up across America since the late 2030s. A place to feel connected in a disconnected world. It’s not that he hasn’t wanted to go before. On the contrary, he’s been curious for years. As his shrink says, the first step is always the hardest.

His half-hour cuddle session is with a woman named Ava, the touch specialist he’s chosen from the digital catalog. Her blue hair had jumped out at him. She reminded him of a young Katy Perry, his childhood crush, a sexy spitfire from many moons ago.

They lie in the warmth of a sleep pod, both clothed, Ethan embracing Ava in the spoon position. His fully erect penis pokes her in the back, a no-no in human touch centers, but it makes him feel alive. And thankfully she’s a good sport about it. “Thanks for not giving me a hard time,” Ethan says, “no pun intended.” Because really it’s not a sexual thing, even though she’s an attractive woman and her hair smells like blueberries and he would have sex with her, no questions asked, if it were that sort of thing. Dead puppies and grandmas, Ethan repeats to himself, dead puppies and grandmas.

The last time Ethan held another person close was at his father’s funeral. Aunt Linda pressed against him, sobbing on his black sport coat, Uncle Paul suffocating him in a bear hug. He reminisces about them while lulled by the sound of logs crackling on a campfire, waves slapping the shore.

“I saw you guys are hiring,” Ethan says to Ava.

“Yeah, we can use some extra bodies around here.”

The time projects against the wall of the pod. Five minutes left. Ethan squeezes Ava, smells her hair, holds on. He fantasizes about the old days. About his folks and Claire, of course. About birthdays and bar mitzvahs and graduation parties.

Ethan’s shrink is in his living room, but not really. She's a holographic projection. Cropped hair, cream cardigan, sitting cross-legged on a purple sofa. Her name is Sandy. There are sensors tracking and analyzing Ethan's facial expressions, body language, subtle gestures, shifts in eye contact.

"Still trying to figure out why I bother waking up every morning, but better."

"Have you thought about taking your life?"

It's easy to blame the Superbug, the virus that swept through the Americas and wiped out a tenth of Milwaukee, but really Ethan's downward spiral began before that. When Claire left him. At the time, he knew she'd be the only woman he'd ever be with but didn't want to believe it. His parents died shortly thereafter.

Ethan works from home; his company doesn't even have an office. His groceries get delivered weekly and entertainment is at his fingertips. Except for his teeth, which he's sorely neglected, there's no reason to leave the apartment anymore.

"You can keep doing what you're doing and feel miserable," Sandy says, "or you can extend your comfort zone and see if it rewards you."

"Why does it matter?"

"Because the Earth hasn't burst into a fiery ball just yet."

Ethan begins moonlighting at the touch center on weekday mornings. Off-peak hours. He robo-cabs it there and back alone. Still, working there is a leap from the isolation of his apartment, and it’s the first time he’s felt inspired in years. He knows he’s not handsome by conventional standards, but he can give a mean hug and they never have enough guys to work at places like this anyway.

Most patrons are women. Single, corporate, Type A. In and out. Ethan gets his first male client on a Wednesday and he reeks of skunk. He recognizes him as soon as he crawls into the pod.

“Ethan! Get the hell outa here.” From the pod speakers, humpback whales moan as they migrate out of the Norwegian Sea.

Ethan and Tyler were neighbors as kids. Played backyard football on summer nights until it was too dark to see the ball, and video games late into winter nights well after they were supposed to be in bed. They went to school together too, like school school. Back in the day when people had to enter buildings to be educated. Tyler's hair is now wiry and gray and pulled back into a pony tail. His face is fuller and two distinct shades, a lighter strip across the eyes where his sunglasses have kept his skin from cooking.

“How long has it been?” Tyler asks. “High school?”

“Well, I’m actually a computer systems guy,” Ethan says. “Just doing this on the side. What about you?”

“A trapper, exciting. Are you married, cohabitating?”

“I was married,” Tyler says. “Like an idiot. Who gets married? Yeah, to Brooklyn Drummond—you remember her? We split up before we even unwrapped the gifts. Oh well, that was twenty years ago. Times were different. Before we figured out the Scandinavians were doin’ it right. You?"

“Me? No. I’ve batted around the idea of doing the online dating thing.”

The pod closes. Tyler rests his head on Ethan’s chest. "Shall we?"

"This is pretty awkward, I gotta tell you," Ethan says.

"No, just do your thing. Pretend I'm a stranger."

Ethan puts his arms across the white robe covering Tyler's torso, rests his chin on top of his wiry nest. His head smells like a moist cavern.

"Dude, I only go male now. I've been with plenty of ladies, nothing against them. I just prefer a firmer squeeze to take the edge off.”

"Your best memory," Sandy says. "The best you've felt. The feeling you wish you could bottle."

"I have two," Ethan says, sipping on an Arnold Palmer from his living room sofa. The Moodselector kicks on, lights dim, wall color morphs from a dusty pink to a grey-blue. "Me and my dad, October 7, 2011, my first Brewers game. It’s game five of the playoffs versus the Diamondbacks. Dad sold Mom’s wedding ring for the tickets. I’m seven years old. There are forty thousand people in the stadium. Nyjer Morgan, aka Tony Plush, steps up to the plate, bottom of the tenth, and hits a walk-off single to send the Brewers to the NLCS. We’re showered with blue and gold confetti and Coors Light. A giant American flag is flapping in the wind. There are fireworks erupting, people jumping up and down. I’ll never see my dad so happy again, so comfortable with strangers. Years later, I realize he was quite intoxicated. Now I can’t even remember the last time I went to the ballpark.”

“Second one,” Ethan says, “me and Claire, December 27, 2032, The Big Island, Hawaii. Before the Bug. We’re on a private tour with a man named Manuku. He takes us on a jungle hike and then leaves us under a secret waterfall where we quietly agree to make love but then I’m too worried Manuku is watching us from behind a fern. Like a fool, I push her hand away when she puts it down my swim trunks. ‘Claire!’ I tell her. Other than Manuku, we don’t see a single person on our hike the rest of the day. We drink water from fresh coconuts. We ride horses. We ultimately do make love in a crystal blue swimming hole, her red hair like a raging fire that can’t be put out.”

Ethan and Tyler are in the pod, embracing one another. It's dimly lit, illuminated only by the glow of time elapsing, and it smells like a decaying carcass. Wind chimes jingle in a summer evening breeze.

"I was thinking,” Ethan says. He’s nervous, like it’s 2025 and he’s asking a girl out for the first time. As he looks into Tyler’s eyes—gray mainly but with hints of yellow and brown he’s never noticed before—he realizes there is no one left on the planet he has known longer. “How about we move in together, become roomies, save on water?”

Tyler stares at him, grips his shoulders. His chapped lips part revealing marbled teeth. “Dude, that would be so Olympus Mons. I’m totally in.”

Ethan scales back to one session with Sandy every other week. He goes to the dentist for a cleaning and has four cavities filled. The dental hygienist is a redhead who has a soft voice and smiles when she talks. She’s not Claire, but she could be Claire 2.0.

Ethan squeezes on his old Brewers hat, stretches out his glove. He’s bought two tickets, Brewers versus Cardinals. Tyler is happy to join him, and as soon as he comes home from lassoing a raccoon, they head to the ball park together and sit behind the dugout under a giant red blister of a sun. The concrete under their shoes breathes generations of nacho cheese, Coca-Cola and pretzel salt. Ethan sucks in the earth. It’s honey down his throat.

Miller Park is crumbling. There are five thousand fans, and Ethan and Tyler could have a conversation from opposite sides of the diamond, but Ethan imagines the roar of forty thousand strong. When the Brewers load the bases, he and Tyler chest bump and high five. They put their arms over each other’s shoulders, sing cheers in unison, and pound ice cold beers. There’s the crack of the bat that reverberates through the stadium and it’s like a tropical birdsong in the heart of the Amazon.

Steve Karas lives in Chicago with his wife and daughter. His stories have appeared in Necessary Fiction, jmww, Prick of the Spindle, WhiskeyPaper, Little Fiction, and elsewhere. You can visit his website at steve-karas.com.